Spencer, Stanley - 1938 Christ in the Wilderness 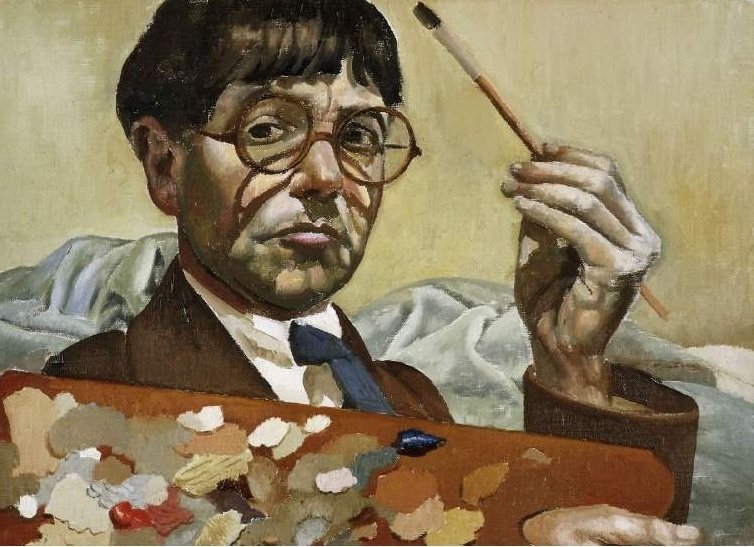 In October 1938 Spencer had to leave Cookham and moved to London, spending six weeks with John Rothenstein before moving to a bedsit in Swiss Cottage. There was now no realistic hope of reconciliation with Hilda and he was already distanced from Preece, who had rented out Lindworth so effectively evicting Spencer. At this low point Spencer painted four of the nine canvases in the Christ in the Wilderness series.

By September 1939, he was staying at Leonard Stanley in Gloucestershire with the artists George and Daphne Charlton. Spencer created many important works in his room above the bar of the White Hart Inn which he used as a studio, including Us in Gloucestershire and The Wool Shop. While in Gloucestershire, Spencer also began a series of over 100 pencil works, now known as the Scrapbook Drawings, which he continued for at least ten years. 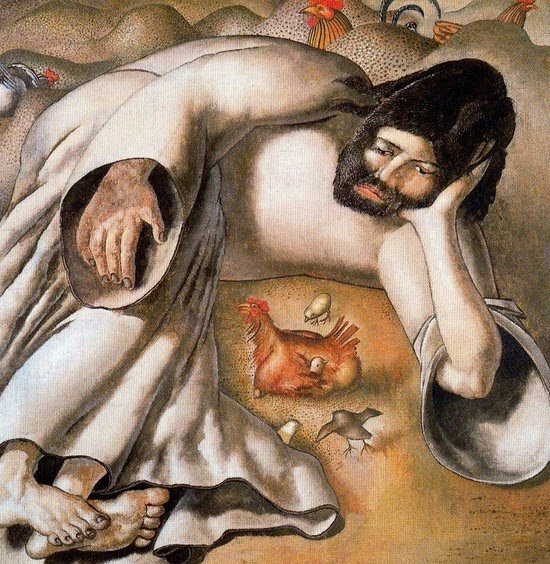