The following appears to be both extreme and without purpose, but it is not.  The purpose of breakig away from society is to rid the aspirant of obligations – which tend to be a severe hindrance to progress on the spiritual path.  We have already mentioned this technique in another observation.

But the second objective is that the humiliation and disdain engendered by being a dirty, penniless and apparently nutty man is a very effective method of squashing the big I am.  By removing any sign that the reason he is like that is because he is an aspirant, the scorn heaped on him is likely to be even greater.  One has to imagine what it is like for an egotistical cocky little aspirant, full of his own achievements in remembering the texts, to then have to go out in a donkey skin whilst appearing mad.  Very effective.

I would imagine that everyone knows that the only ones likely to be made to do this are the failures spiritually – the ones who cannot master their egos – so the scorn and derision might well be that much more intense.  There is an added and somewhat cruel [but no doubt very effective] effect too, from the loneliness resulting from doing all these things.

According to the Pashupata Sutra, in the second stage the aspirant must, first of all, seek to "break away from society."

It is for this reason that he tries to inspire the disdain of the people of the sacerdotal and bourgeois castes. He thus maintains his independence and his integrity. He must appear mad, miserable, his body dirty, with nails, hair, and beard unkempt.  Kaundinya says that in the second stage the aspirant leaves the temple and removes the distinctive signs of his sect. He encourages the public's contempt, particularly by means of the six practices called "doors" (dvara), which are:

He must wander like a phantom (preta) and practice the vows by which he identifies himself with animals. The Bauddhayana (II 1.3), a Buddhist text, claims that some of these aspirants wear a donkey's skin, the hair on the outside. 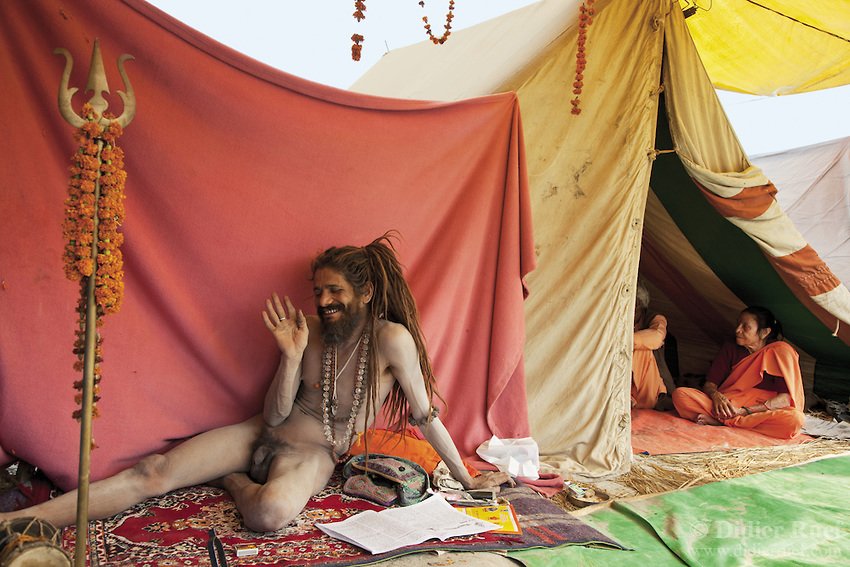