Beat me, beat me, tie me up

Frank using humour to make a point about sado-masochism and its role in humiliation and squashing the ego.

Beat me, beat me, tie me up 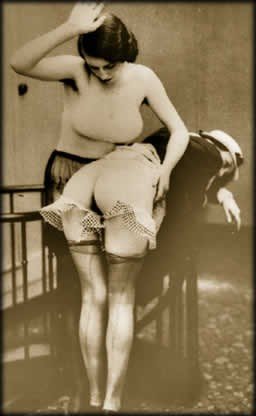 My name is handy Andy I am dominant and strong
I thought I was assertive until Rita came along
She’s a model with an agency, I think you know the sort
Where all the girls are willing and all girls can be bought

I’m rather fond of women who are pliable and meek
So I signed up with the agency and said “ that what I seek
Is someone timid, someone docile, someone obedient I guess
Simply someone who when asked for sex will always answer yes”

They probed me for an hour with some questions about me
What girlfriends had I had before, had I had sex for free
Or had I always had to pay.  And girlfriends just the one?
I said that she was too submissive and of sex we had had none
I like them with a bit of spark I heard myself then say
So they wrote this down and said that’s it and I could go away

Well the agency were very good they looked all through their file
And after several searches (it seemed to take them quite a while)
They said they had the perfect match a lass called Sally Wong
Except she had a friend called Rita, who always came along

Well! Rita arrived in leather and Sally arrived in lace
Rita’s physique simply petrified me, Sally had a pretty face
Rita gave the orders and me and Sally Wong
Cowered in the corner in case we got it wrong

And Rita said that normally she beat her friend ‘real good’
With paddle and with hairbrush just to get me in the mood
But if it was what I wanted, she could for extra money
Give me a beating with her whip (she seemed to think this funny)

Well!  She took off Sally’s lacy clothes, her bra and scanty thong
And Rita over her knee put that trembling Sally Wong
And she firstly spanked her soundly, and then for my delight
Put Sally over the desk top and tied her to it very tight
Then she beat her with a paddle and she beat her with a cane
And Sally screamed and screamed so much for it, I jolly nearly came.

Then Rita made a grab for me and ripped off all my clothes
My Yfronts – gone in seconds, how she did it heaven knows
And then my God, she picked me up and put me over her knee
And spanked me with a paddle and said she’d do it free

Well! My erection was so hard we could have pitched a tent
I forgot about young Sally Wong, on bonking Rita I was bent
And she picked me up and threw me and tied me with some thread
And ravaged me, yup!! ravaged me upon that hotel bed
And all this time young Sally Wong was sitting in the corner
Smoking a Gauloise cigarette - seemed somehow out of order

And all that day and into night, we carried on this game
She beating Sally Wong for fun, then me until I came
God knows how many times I came that night with that huge whore
But all I knew was at the end I simply wanted more

So me and Rita, Sally Wong we meet up every week
In that hotel in Bayswater where I their pleasures seek
And in the morning  taxi home, I’ve not the energy to talk,
And after a night with Rita, there is no way that I could walk
And I have set up a standing order with the agency for long
And made them my exclusive pair - Rita Jones and Sally Wong