Frank liked this image as representative of who he is, it is one of my paintings. 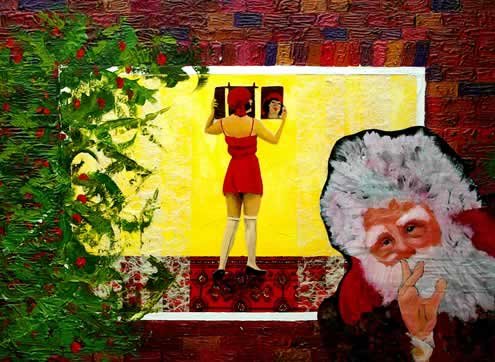 I think it goes without saying that Frank Admission is the joke pseudonym of one of our local poets.

Frank is now in his 60s, a large [very large] man with tousled grey hair and twinkly blue eyes, with a jovial laugh, whose inspiration has always been laughing and a great zest for life.  Sadly, he is yet another person on this site who is now suffering from heart problems, but this was not the mechanism by which he gained inspiration and he openly admits his heart problems are principally caused by him loving life too much - too much wine, too many delicious meals, not enough exercise 'of the right kind' as he puts it and probably quite a number of other activities he is not prepared to share.  He worked very hard and suffered from stress so this may have been a factor.  He was also an undiagnosed coeliac, who found out by accident late in life.  He thinks this may have had an effect on his heart too.  I do know however that he did not and does not smoke and never even tried drugs.

His poetry is unknown outside our area and he makes no money from it, preferring to distribute it and make people laugh and be amused by it.

His poems run from risque to downright rude, but they are all fun and they provide me with a chance to show that poetry does not always have to be inspired by passion, unrequited love and grief!  Whereas the majority of the creative people on this site appear to have gained their inspiration by overload of their emotions, Frank is a man who has gained his inspiration from activities which are almost all classified as suppression.

He loves entertaining and giving his time and money to making others happy, this and just the nature of the man indicate that he has very successfully squashed the big I am.  His wants are simple if not almost non existent, thus he has reduced his desires almost to nothing - he loves his dog, his wife and his children and grandchildren and if they are there and happy, he is happy.

He has made for himself, by his own efforts and those of his wife, a lovely cosy rather chaotic house full of memorabilia, none of which has any value or is an 'investment' but all of which is an investment in the joy of living.  As he says, when he goes from the kitchen to the bathroom he passes mementos that remind him of numerous happy holidays and numerous loved people.  So he has reduced threats and lives in a 'safe house'.  He was a very avid photographer and has captured all the happy moments in photo albums, so these too are an investment in joy. 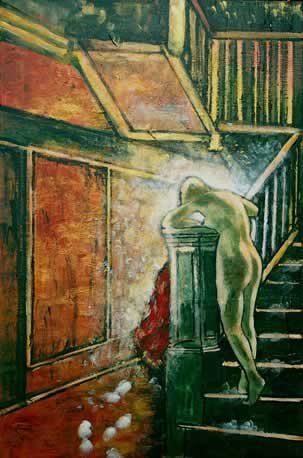 Frank has not suppressed emotions, but his overriding emotion is love in its most generic sense.  There is no passion or great highs and lows, he just feels love towards his fellow man and women, he particularly loves children and dogs and could spend days with them and be happy.

He has known illness - the undiagnosed coeliac condition caused him a huge amount of discomfort and stress - but he is not an unhappy man, in fact he is a happy man.

So someone a little different.  I have permission to use his poems, he is rather pleased they might get a wider audience.  I hope you enjoy them as much as I do.