Dr Barend Jacob Frederick Laubscher [born 1897 - ? ] was a medical doctor – a physician – and a psychiatrist, who was born in and practised in South Africa. He became the Chief Psychiatrist at the Queenstown Mental Hospital, South Africa.

He was born in Vredenburg, a town of the Cape West Coast in the Western Cape province of South Africa. "Vrede" is Afrikaans for peace.

In South Africa and indeed the medical world he was better known for the book “Sex, Custom and Psychopathology” which was the fruit of his work with the Xhosa peoples, but Dr Laubscher also had a great interest in spiritual experiences.  He not only recorded them when they occurred as part of his medical practice, but collected them from letters or other sources sent to him.   Many are recorded, along with the background to them, in his book “Where Mystery dwells” [1963].

In compiling the book, Dr Laubscher made an appeal for people to send in their own experiences.  He apparently had hundreds and hundreds of replies, which meant that he then had to select from these and using his experience as a doctor and the training in taking a case history, he selected a number of cases and followed them up.  Thus we have a scientific method applied to the study, he even adds personal comments about why he selected a particular case.

I wish to stress two facts which struck me particularly when reading Dr Laubscher.  There is first the enormous wealth of cases of ‘paranormal’ occurrences.  They are not a stroke of good fortune of the author.  In Johannesburg, too, the S.A. Society for Psychical Research gets the same number of cases regularly reported to them, there are more than we can ever envisage to investigate.  Our Republic with its different races and old traditions is a prodigious reservoir of psychic and mediumistic power and potentialities…. The second fact which is very notable is that official science has kept itself nearly unanimously aloof from investigations of this kind….. As the reader will notice, these two facts – the great frequency of the paranormal phenomena and the official ignorance of them – contrast strongly and sadly….. It is to the outstanding merit of Dr Laubscher’s to have underlined once more the discrepancy, by his wealth of cases and his intelligent discussion and classification of them.

Dr Laubscher spent his childhood on a farm facing the Atlantic Ocean, at the mouth of the Berg river and with a backdrop of blue mountains.  He spent most of his childhood with local people fishing in their sailboats, helping with harvests on the farm.  His family had emigrated from Germany some 300 years before and he thought of himself as Afrikaans.  Dr Laubscher immersed himself in the culture of the locals.

He seems, in fact, to have felt more at home as a child with the people on his father’s farm who worked there, than his own family.

Out of all the memories of a bygone age, I retain many vivid impressions…. Each has an emotional atmosphere of spirituality which even as a child, made me think that somewhere, transcendent to all the earthly pleasures was a world where beauty, grace and harmony ruled supreme.  And this, I must add, was not taken from any religious teaching.

His father appears to have been a firm, but just man, who ran the farm on paternal lines, his workers were simply extensions to the family.

Yet these local people formed a sentimental background to our lives. I have seen my father sit up the whole night while an old servant was dying with his head on his lap. There was a strange bond between the master and servant of those semi-feudal days.  The Aias carried us on their backs and sang us lullabies at bedtime while the outas told us stories, mostly of talking animals and I, for one, enjoyed these thrills of their phantasy world, created with such abundance of vitality and supernormal creatures.

Barend had a mentor called Outa Jantjies [Outa signified a person whom one should treat with great respect – an ‘elder’ or wise person] and as a consequence, he was able to experience the spiritual for himself, thus we have a good scientifically minded researcher whose own experiences and childhood led him to be open minded about the case histories he was sent.  Outa Jantjes family had been with Barend’s family since their liberation from being slaves and he claimed to be a Hottentot.  Barend describes him as good natured, strong, tall and with ‘peppercorn hair’, so he was already an elderly man when Barend was a child.

Often in the years that followed I wondered at Outa Jantjes’ genius for inventing stories.  There was a subtle poetic sense in some of them.  One day, while speaking of the silence of the deeply wooded kloofs, he told me that this silence was actually made by the spirits who lived there.  They sang with the humming insects and the birds, but one had to train one’s hearing to discern their notes and voices from those of the bees, crickets and birds.  Should one walk very silently and not even break a twig, then lie down on your stomach near a little stream or preferably a tiny waterfall under the dense undergrowth, and then listen and listen, one could hear them making tinkling noises like little bits of glass to the accompaniment of the bird songs. 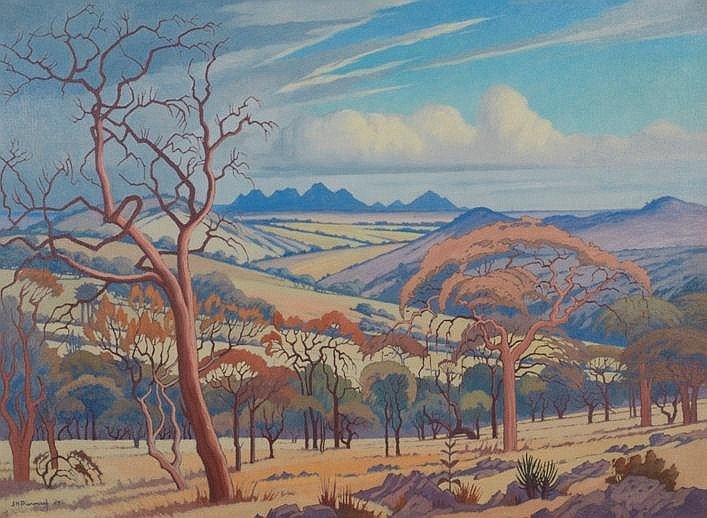 The first University student was Tiyo Soga, who attended in 1851. The first graduate was Abdullah Abdurahman in 1893.  As a small aside, the University’s first South African Rector was Albert John Mvumbi Luthuli, who was widely admired for leading a non-violent campaign against apartheid in South Africa. He had to serve remotely as Rector from 1962 until 1965 as he was not able to leave South Africa.

There are some observations that he collected that are not of the indigenous African people but of his fellow [white] South Africans, so we have grouped them for convenience under his name.  There are also a number of his own experiences and also some that he witnessed – cases of psychokinesis for example and again we have placed them here as he was part of the experience – a witness.