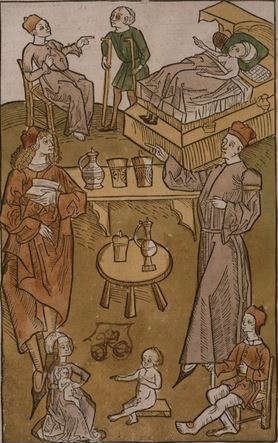 In the section on Medicines, you will see that pharmaceuticals are probably the biggest single cause of involuntary hallucinations, visions and near death experiences we have ever known.  In this Medicines section, I have described them all separately with the aim of helping people to narrow down the cause of hallucinations, and each observation is centred around a particular drug with all its various names.  But we can generalise on these findings and this is what I aim to do here.

If we take just the figures for a few in the list so far, this is the number of involuntary experiences they have caused…

These figures were derived from the eHealthme website and were correct as at 2009, the figures may be larger now, they are also only in the USA and are actually just the tip of the iceberg, as they cover only those officially recorded. 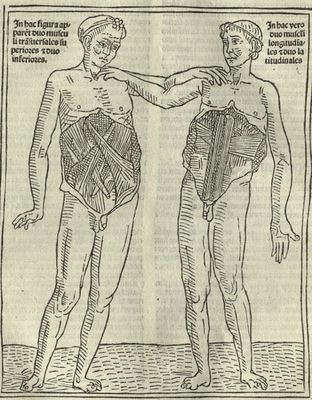 When we go to the doctor what happens? We have 10 maybe 20 minutes of his time.  He asks us the symptoms, so perhaps we say as an example ‘I have a bad bad headache’, he might then say ‘where is the headache?’  maybe we say ‘all over my head or to the left or the right’.  From this he gives the collection of symptoms a name.

At this point things can go wrong, because symptoms may be missed, and the overall picture of symptoms may not be seen.  One collection of symptoms may point to one illness, another slightly different set may point to another illness, so there is misdiagnosis of illnesses taking place because 10 minutes does not give a doctor time enough to look at your entire case history or ask you about all the other symptoms you may not realise are important.

And the consequence is that there appear to be numerous people taking medicine for illnesses they do not have.  For example, there are people taking Parkinson’s disease medication who do not have Parkinson’s disease – only some of the symptoms.  Some of them are suffering from the effects of other pharmaceuticals, some from heavy metal poisoning, some from stress and high emotional overload. 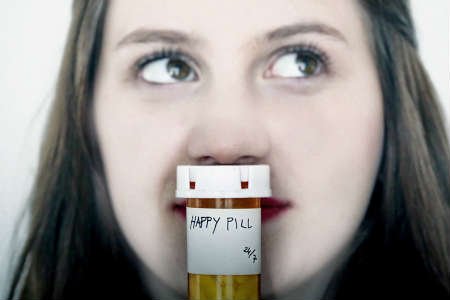 Give a person a pharmaceutical when they don’t need it and you make them really ill, their system becomes completely unbalanced.  There are now pharmaceuticals to treat the effect of pharmaceuticals.  The alarm bells should be ringing like crazy at this.

What else does our doctor do?  He searches in the database that is in his head [or these days he may turn to his computer] and matches the symptoms he has been given by you with drugs and says – "what you need is ……."

He does not say – ‘I wonder what the cause of the headache is’ … because he only has 10 minutes to look at your symptoms.

One of the things that has come home to me after looking at illnesses and diseases is that a set of symptoms can be caused by a vast range of possible causes and that we should be treating the cause not the symptom.

A paracetemol may give temporary relief for a headache, but ultimately to stop the headaches recurring there has to be some attempt made to work backwards from the symptoms and find what caused it.

I do not think with the current methods of teaching medicine and the general attitude in the medical profession that we can expect this to change.  It has not changed for hundreds of years, as such we cannot expect it to change now.  All that has changed is that more pharmaceuticals have been invented to use on the symptoms.  In the mid 1800s, for example, doctors were regarded as men of science and trusted implicitly.  Clever men.  They knew best.  They knew they knew best.  Here is how they treated headaches then [and they were absolutely certain this was the right approach] the extract is from Dr James Braid’s book on hypnosis.

She stated she was 54 years of age; that for the last sixteen years she had been a great sufferer from an affection of the head, attended with pain in the eyes and weakness of sight; that it was now become so bad, that she could not continue to read for more than a few minutes at a time, even with the aid of glasses.

She had undergone the most active treatment under first rate medical men, including bleeding general and local, blistering - on one occasion, she was twice bled with leeches, and had five blisters to her head in one month - and almost every variety of internal medicine which could be suggested for such a case; but still without improving her sight.

For years she had required to have her head shaved every few weeks, and cold affusions and spirituous lotions frequently applied to it, to reduce the excessive heat and other uncomfortable feelings.

The skin of the palms of the hands was so hard, dry, and irritable, as to render it liable to chap whenever she attempted to open the hands fully. The pain during the day, and general irritability, had rendered it necessary for her to take a composing pill three times in twenty-four hours, for some time; still her rest was so bad as to force her to rise and walk about the room several times during the night; and her memory had become so much impaired, that she often required to go up stairs and then down again several times before she could remember what she went up for.

About three years before consulting me, she had a paralytic attack, which deprived her of power of the muscles of the right side of the face for a few days. 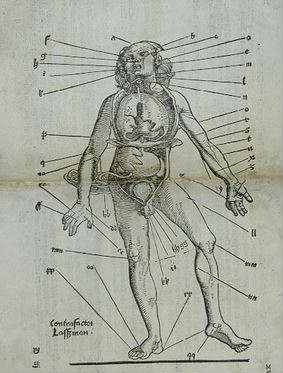 As has been said a number of times [this is not my quote]  ‘clever men, but not wise men’.

Even when medicines may actually be the right course of action doctors do not prescribe on the basis of height, age, sex and weight.  Even illegal drug takers adjust the dose based on their sex, weight, age and height.  Go to EROWID and look at the case reports, every one comes with height, age, weight and sex.

So I have recorded that it appears to be a major source of experiences at the moment, but I also think we should help ourselves until our medical profession have a little more time to search for the cause of our problems and less reliance on pharmaceuticals as the answer to everything.

If you want to help yourself with this then I recommend you take the situation in your own hands and go to the section on Healing yourself, which also describes how to use Cause effect diagrams.

They are simple, they are easy to use and they work.

Ultimately any spiritual experience caused by mis-prescription is due to Poisoning.

Ramanan Laxminarayan: The coming crisis in antibiotics - This talk is about antibiotics and the fact we simply use them too much — and often for non-lifesaving purposes, like treating the flu and even raising cheaper chickens. The result, says researcher Ramanan Laxminarayan, is that the drugs will stop working for everyone, as the bacteria they target grow more and more resistant. He calls on all of us (patients and doctors alike) to think of antibiotics — and their ongoing effectiveness — as a finite resource, and to think twice before we tap into it. It’s a sobering look at how global medical trends can strike home 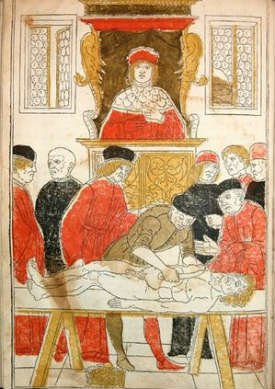 If you work down the list of types of pharmaceutical within the Medicine section all these are effectively mis-prescription observations, but here are a few more with an unspecified pharmaceutical as the cause.

It may be worth noting that seeing insects is a symptom of an ‘alien substance’ in the body.  The spirit being usually represents itself or is represented by our Composer as an insect of some kind, occasionally it is a clue to the type of medication.

The more bizarre the insect the more likely it is an artificially produced drug, in other words a pharmaceutical based on chemicals not found in the natural world.

Some truly frightening creatures are often seen from artificial chemicals.  They are truly evil, you will see in the observations, that we have, in these chemicals, unleashed evil on a grand scale in the spirit world.  By creating the substance we have created the spirit entity which goes with them and they are endowed with all the attributes of the substance itself and its power to harm.

Occasionally they can also appear simply as geometric forms and odd shaped.  This is principally because the Composer has no template on which to base an image and it does its best to represent the alien being it has found, using images that seem to match its attributes.

I would like you to take the following seriously, it was not meant as a joke and it is no joke.

I somehow understood that the DPT realm had evolved over an incredibly long period – millions of years, if time has the same kind of meaning to its inhabitants as it does to us. I realised there are diabolical hierarchies, secret cabals, vast libraries of wickedness to be studied over millennia.

This is the Underworld - the mythical land of minerals  And we are adding to it, or at least our ‘clever men’ are, at an unprecedented rate.

Westerners who have rediscovered magic and spirits as living facts of human existence, transformed in their own inner being by the knowledge, yearn to reintroduce these forces to the contemporary world.
Yet these elementary forces cannot be divorced from ambiguity, from danger.
Magic shades into witchcraft, communicating with the spirit realm is a step away from occult invocation.  Bringing this knowledge back into contemporary life requires reckoning with dark forces.