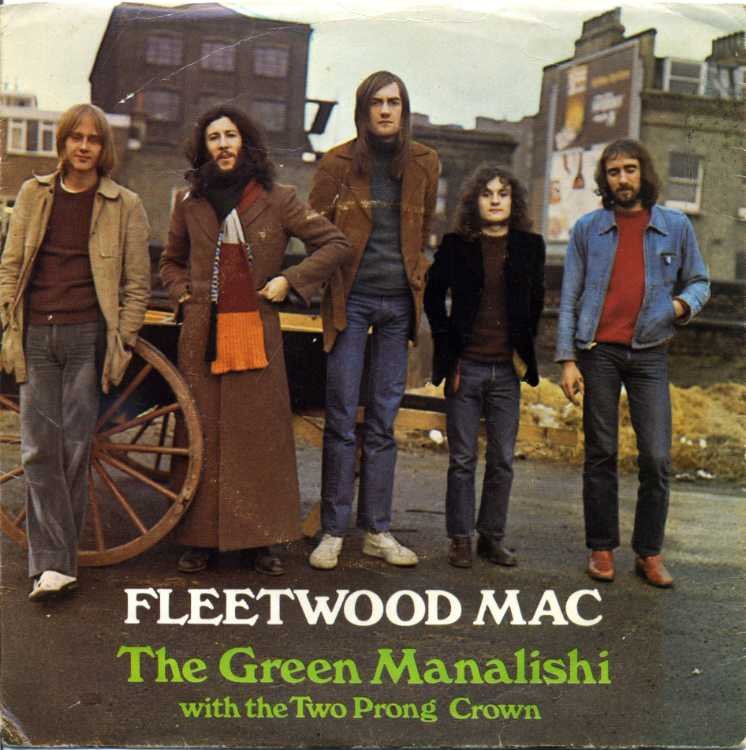 And I need a good woman
to make me feel like a good man should
I don't say I'm a good man
Oh, but I would be if I could

Back From Brink, Peter Green Plays On :Pop music: After years of battling schizophrenia brought on by drug use, the former Fleetwood Mac guitarist is beginning a major British tour.

LONDON — We live in the era of the comeback, but few have been more emotional than the return of Peter Green, co-founder of Fleetwood Mac.

Once one of the most feted guitarists in British rock, Green became the ultimate acid casualty and spent time over a period of years in mental hospitals and clinics undergoing electroconvulsive therapy. He gave away much of his money. His wildly unpredictable behavior was splashed across the tabloid press, and he acknowledges that his illness was brought on by hallucinogenic drugs that his delicate mental equilibrium could not handle.

Today, Green is 50 and lives in semirural Surrey in southern England, with caring friends who have helped him inch his way back toward normalcy. His behavior is no longer frightening, although he remains endearingly eccentric. Last summer he began a tentative comeback with a festival appearance in Guildford and a few low-key dates in Germany. Now he is embarking on a major tour of Britain for the first time in nearly two decades.

The first thing you notice on meeting Green is the delicacy of his handshake. "I have to look after my fingers because I'm supposed to play a bit," says the man B.B. King once described as the only white guitarist--Eric Clapton included--who sent shivers up his spine.

He complains that promoters insist on billing "the legendary Peter Green" above his band, the Splinter Group, and he looks forward to renewed success so that his name can be dropped. "That's what happened before. It was originally called Peter Green's Fleetwood Mac but when we made it big, my name disappeared."

And they were big. By 1969, after a string of such hits as "Black Magic Woman" and "Man of the World," Fleetwood Mac was voted Britain's best band by readers of the pop music weekly New Musical Express. But by May of the next year, it was not only Green's name that had disappeared. "It was a freedom thing. I wanted to go and live on a commune in Germany. In the end I never did, but I had to get away. Acid had a lot to do with it."

The drugs tipped Green over the edge into what was eventually diagnosed as schizophrenia. He stopped making music, gave his guitars away (many of his most treasured possessions ended up in an Oxfam shop) and went into a steep and rapid decline.

He was eventually committed to a hospital, but today he tells the harrowing story dispassionately. "I was throwing things around and smashing things up. I smashed the car wind screen. The police took me to the station and asked me if I wanted to go to the hospital. I said yes because I didn't feel safe going back anywhere else."

What followed was a nightmare. "They gave me tranquilizers, and I didn't really know much about it. It was a struggle just to stay awake. You don't know what you are doing. You don't feel alive."

Michelle Reynolds, in whose house Green now lives, says: "Sometimes he would stand in the garden with me for hours and not say a word. The hospital had him on 17 pills a day. One day he decided to stop. We told him to scale down slowly, but he decided to stop them altogether. That was an incredibly strong thing to do."

Green knows that he will never be what most people would describe as completely normal. "I still hear voices in my head," he says. "It is only one voice, a woman I met in the hospital. There were some scary people there, and she is pretty heavy, but I haven't heard her for a bit."