The Boy who saw True 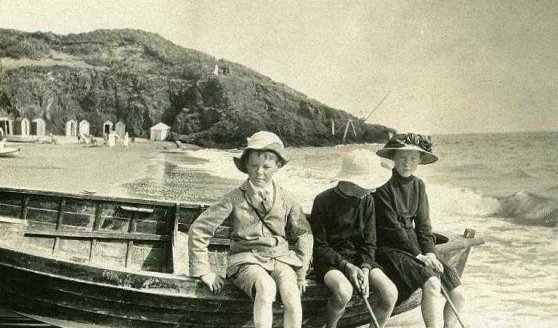 ‘The Boy who saw true’ is the name of a book.  It contains the diary of a child , plus a few letters written by the same author when he became an adult.  The diary runs from 1885 and stops about two years later, but contains almost daily entries.  Although a second diary apparently existed it was lost, as such this and the few letters are the only record of the experiences of this anonymous author.  The person concerned married twice and his second wife published the diary after his death.  The name of the person who is the source of the observations is not specified, all we know is that he became an artist and writer, died in 1933 [ he was probably about 60 when he died] and was English.  It was his second wife who suggested publishing the account after she had read it, and so in order to protect himself and those he knew, he edited the diary changing the names of those he mentions, so even the names of his sisters, mother and father are no clue.  He specified that the diary was only to be published after he died.

I would make a guess that the boy was about 10 to 12 when he wrote the diary, as the vocabulary he uses is reasonably advanced, but he has not yet lost the child’s innocence.  Spelling mistakes and odd grammar are still there uncorrected, again the sort of mistakes a child might make.  Even the first sentence reads

“Arnold, my best chum, said he was going to keep a dairy [sic] in the new year and so I said I would keep one too’, a few days later his sister Mildred points out the spelling mistake and dairy become diary. 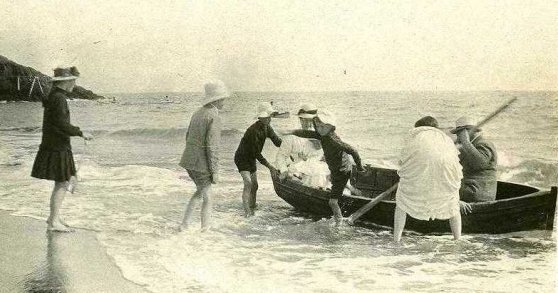 What makes the book special is that the child who writes this had extremely well developed spiritual abilities, but was not aware that other people did not have them and thus uses his diary to write in a fairly normal everyday way things which to those without these abilities might seem incredible. His advanced abilities included being able to see auras, and in the auras emotions and illness.  He was also able to ‘see’ the spirits of departed people – his grandpa – and communicate with disembodied people mostly spirit helpers.  He had one spirit helper he calls ‘Jesus’ and who on subsequent communication he finds is not ‘Jesus’ but a helper, who visits him a lot.

When he innocently mentions what he can see, assuming everyone can see what he calls ‘lights’ and spirit helpers, he is severely chastised by his family.  The diary also describes his bewilderment at being called a liar and being told he was making things up. His mother, in particular was completely unsympathetic to his gifts and to the very end did not support him or believe him.

He was born to a wealthy father and mother in the North of England, who lived in relative comfort with servants – a cook and a parlour maid.  He became ill at school and his father was wealthy enough to find him a tutor – a tutor [called Patmore in the book] who turned out to be a godsend as he was sympathetic to the boy’s abilities and helped him both develop them and come to terms with the fact he was not ‘normal’.  Patmore even helped with some of the entries in the diary – which are communications from spirit helpers – all living incidentally, but able to go ‘out of body’. 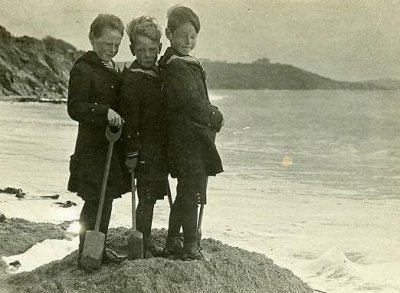 The book is full of humour and innocent remarks about the sort of things boys wonder about at that age –the meaning of various words [fornicate, adultery plus others] where babies come from, why his father and mother suddenly started to shout at one another at the same time the pretty young parlour maid was told to leave rather abruptly, all told with the sort of naïve language that is not only funny but smacks of authenticity.  The book has been accused of being a hoax – particularly as the author ended up being a writer, but the language and the consistency of the writing give it a very authentic feel.  Furthermore, the author did not publish the book himself, and gained no monetary reward from doing so, as such there appears to be no reason why it should be ‘invented’.

As to where these skills came from, he was born with very uncertain health – a ‘sensitive’ in all senses of the word, prone to high levels of emotion when anything sad happened [or as he put it ‘blubbering’ at funerals and when people he liked left or moved on] - and suffered frequent illnesses.  He was a very loving child

"From about the age of four I was constantly falling in love with girls much older than myself, and I always pictured them in distress and my diminutive self acting as the sole comforter.  Sometimes I fell in love solely as the result of seeing a girl or young woman in tears.  Tender sentiments, however, were never aroused in me by little girls my own age"

There was a small amount of input from Angst, as being very sensitive it did not take much to make the boy suffer in this regard

“This fear that something might happen to my parents was a thing which frequently tormented my imaginative mind.  The servants were largely to blame. Discussing the sensational news in the press, they gloated over accidents and murders before us children in a manner calculated to make our flesh creep, as it obviously made theirs.  But while they delighted in the sensation, with me it created a complex which took some years to eradicate”

He also appears to have been born with a congenital heart deficiency as throughout the diary he mentions the problems he has with his heart.  In his later letters he also refers to his ‘groggy heart’ and ‘what a nuisance it is … when I should like to be climbing the hills which look so lovely in their vernal garb”.  In effect, his heart prevented him during his childhood and into adulthood from being able to pursue any form of strenuous activity including any form of sports.  It is also, rather fortuitously, prevented him from having to fight in World War I.

The book is an extremely entertaining read in itself and I have extracted only a small proportion of the number of observations there potentially are.  In selecting them, I have tried to avoid duplication and have concentrated on the amazing variety of things he was able to do without actually realising they were special