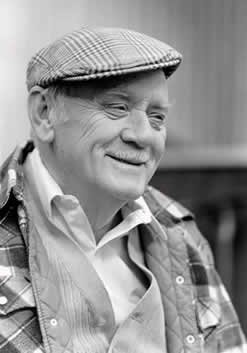 Robert Monroe was ostensibly a businessman who accidentally discovered the technology that underpins HemiSync. In 1953 he founded RAM Enterprises. This company produced regular network radio programs, largely in the light entertainment category – drama and popular quiz shows.  In 1956 the firm created a Research and Development division.

Robert Monroe was especially attracted to the concept of sleep-learning and encouraged the R&D division to use the audio production methods used for the radio programmes in its research.  Because of his interest, he got involved.

Journeys out of the body – Robert Monroe
Let's look for a beginning to this candid report of a highly personal experience.
In the spring of 1958 I was living a reasonably normal life with a reasonably normal family. Because we appreciated nature and quiet, ours was a country environment. The only unorthodox activity was my experimentation with techniques of data learning during sleep with myself as the chief subject.
The first sign of deviation from the norm took place on a Sunday afternoon. While the rest of the family had gone to church, I conducted an experiment by listening to a particular tape recording in a highly isolated environment. It was a simple attempt to force concentration on a single intelligent-signal source (aural) with lowered signal input from the other senses. Degree of retention and recall would indicate the success of the technique.
Isolated from other sight and sounds, I listened to the tape. It contained no unusual or stray suggestion. Most significant in retrospect was the strong suggestion to remember and recall all that took place during the relaxation exercise.
The tape ran its course with no unusual result. My recall was thorough and complete because it had been a product of my own effort and thus familiar to me. Perhaps too much so, as no retention and recall of original or new material was possible in my case. The technique would have to be utilized with some other subject.
When my family returned, we all had brunch, which consisted of scrambled eggs, bacon, and coffee.  Some unimportant controversy occurred at the table which was not germane to the problem.
A little over an hour later, I was seized with a severe, iron-hard cramp which extended across my diaphragm or solar plexus area just under my rib cage. It was a solid band of unyielding ache…… 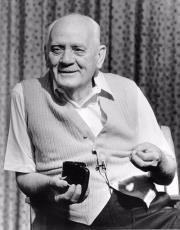 From this very unpromising beginning, the experiences progressed into something most out of body explorers now recognise as the early symptoms of an OOB – vibrations and shuddering - except poor Robert had no idea that that is what they were…..

Journeys out of the body – Robert Monroe
It began some two minutes after I lay down to sleep. This time I was determined to stay with it and see what happened rather than fight my way out of it. As I lay there the "feeling' surged into my head and swept over my entire body.  It was not a shaking, but more of a "vibration," steady and unvarying in frequency. It felt much like an electric shock running through the entire body without the pain involved.
…..Frightened, I stayed with it, trying to remain calm. I could still see the room around me, but could hear little above the roaring sound caused by the vibrations. I wondered what would happen next.
Nothing happened. After some five minutes, the sensation slowly faded away and I got up feeling perfectly normal. My pulse rate was up, evidently due to the excitement, but no more.  With this result I lost much of my fear of the condition. 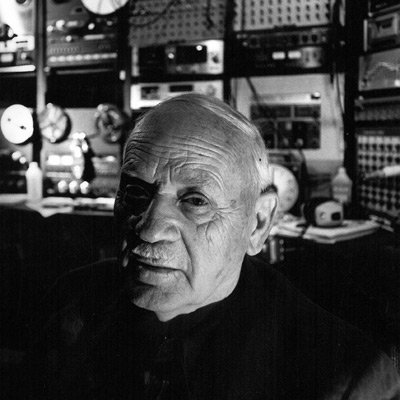 Journeys out of the body – Robert Monroe
I did take a friend into my confidence, a well-known psychologist, Dr. Foster Bradshaw.  If it had not been for him, I cannot predict where I would be at this time. Perhaps in an institution.
I discussed the matter with him, and he was most interested. He suggested it might be some form of hallucination.  Like Dr. Gordon, he knew me well. Consequently, he laughed at the concept that I was in the beginning stages of schizophrenia or the like. I asked him what he thought I should do. I shall always remember his answer.
"Why, there's nothing else you can do but look into it and see what it is," Dr. Bradshaw replied. "Anyhow, it doesn't seem you have much choice. If it happened to me, I'd go off in the woods somewhere and keep trying until I found the answer."

In 1958 he had an out of body experience, although at the time he had no idea what he had just experienced.  Perhaps we should more correctly call it an ‘out of arm experience’! …………….. 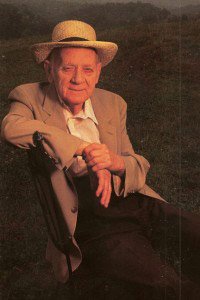 Several months passed, and the vibration condition continued to occur. It almost became boring, until late one night when I was lying in bed just before sleep. The vibrations came and I wearily and patiently waited for them to pass away so I could go to sleep. As I lay there, my arm was draped over the right side of the bed, fingers just brushing the rug.
Idly, I tried to move my fingers and found I could scratch the rug. Without thinking or realizing that I could move my “fingers" during the vibration, I pushed with the tips of my fingers against the rug. After a moment's resistance, my fingers seemed to penetrate the rug and touch the floor underneath.
With mild curiosity, I pushed my hand down farther. My fingers went through the floor and there was the rough upper surface of the ceiling of the room below. I felt around, and there was a small triangular chip of wood, a bent nail, and some sawdust. Only mildly interested in this daydream sensation, I pushed my hand still deeper. It went through the first-floor ceiling and I felt as if my whole arm was through the floor. My hand touched water. Without excitement, I splashed the water with my fingers.
Suddenly, I became fully aware of the situation. I was wide awake. I could see the moonlit landscape through the window. I could feel myself lying on the bed, the covers over my body, the pillow under my head, my chest rising and falling as I breathed. The vibrations were still present, but to a lesser degree. Yet, impossibly, my hand was playing in a pool of water, and my arm felt as if it was stuck down through the floor.
I was surely wide awake and the sensation was still there.  How could I be awake in all other respects and still "dream" that my arm was stuck down through the floor?  The vibrations started to fade, and for some reason I thought there was a connection between my arm stuck through the floor and their presence. If they faded away before I got my arm "out," the floor might close in and I would lose an arm. Perhaps the vibrations had made a hole in the floor temporarily.
I didn't stop to consider the "how" of it.  I yanked my arm out of the floor, pulled it up on the bed, and the vibrations ended soon after. I got up, turned on the light and looked at the spot beside the bed. There was no hole in the floor or rug. They were just as they always had been. I looked at my hand and arm, and even looked for the water on my hand. There was none, and my arm seemed perfectly normal. I looked about the room. My wife was sleeping quietly in the bed, nothing seemed amiss.

Robert went on to found the Monroe Institute [as it now is] and had numerous other out of body experiences before he died in 1995.

The Institute he founded is still going strong and has branches in the rest of the world.

The results he got were actually largely due to the tape he played, which later were incorporated into the ‘hemi-sync’ technique – which has its own entry on this website.  But Robert also found he could produce out of body experiences using various relaxation techniques and no tapes. 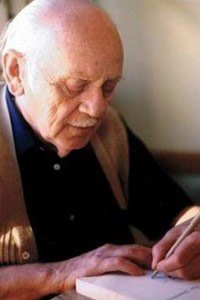 Robert Monroe was the author of three books all of which are recommended reading: