The technology used was hemi-sync. 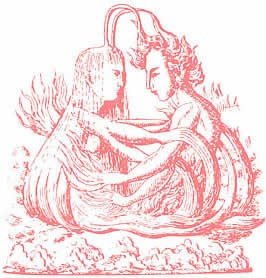 The ‘act’ itself is not an act at all, but an immobile, rigid state  of shock where the two truly intermingle, not just at a surface level and at one or two specific body parts, but in full dimension, atom for atom, throughout the entire Second Body.  There is a short sustained ‘flow’ one to another.  The moment reaches unbearable ecstasy and then tranquillity, equalisation and it is over.

Why this takes place, why it is needed, I do not know, any more than the north pole of a magnet understands its ‘need’ for the south pole of another magnet… One fact is certain, as in the physical state, the act is equally needed in the Second.

I arrived for no discernible reason in an outdoor area among some seven or eight people, all standing in a casual group. They did not appear particularly surprised to see me, and I was cautious as usual.  There was some hesitation on their part, as if they did not know how to treat or greet me, but no hostility.

Finally, one stepped forward in a friendly manner as if to shake hands. I was about to thrust out my hand when the person moved very close to me, and suddenly, there was a quick, momentary flash of the sex charge. I was surprised and a little shocked. Then, one after the other, each stepped forward, greeted me in this fashion - as simply as a handshake - right down the line of people. Finally, the last one stepped forward, the only one I was truly able to perceive as a female. She seemed much older than the others and than l. She seemed to express friendliness and good humour.

With this, she moved in close, and we had a short and not feeble sex charge together. She backed away, chuckled humorously, and rejoined the others. After a few moments, and some attempts to find out where I was, I grew uncomfortable and felt that I should get back. I moved away straight up, stretched for the physical, and returned without incident.

Was the sex-charge greeting a typical custom there, or were they attempting to be pleasant to a stranger by temporarily adopting a custom that seemed to be commonplace in his homeland? This might be, if they looked at the secret inner selves of most of us in "physical" bondage.