Rheumatoid arthritis (RA) is an autoimmune disease that results in chronic, systemic inflammation of many tissues and organs, but principally joints. It is a disabling and extremely painful condition, which can lead to substantial loss of functioning and mobility.

It not only attacks the joints. It can also produce inflammation in the lungs, the membrane around the heart (pericardium), the membranes of the lung (pleura), and white of the eye (sclera), and also nodular lesions, most common in subcutaneous tissue.

The process involves according to Wikipedia “an inflammatory response of the capsule around the joints (synovium) secondary to swelling (turgescence) of synovial cells, excess synovial fluid, and the development of fibrous tissue (pannus) in the synovium. The pathology of the disease process often leads to the destruction of articular cartilage and ankylosis (fusion) of the joints”. 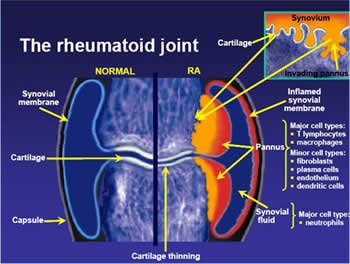 There are a number of causes of rheumatoid arthritis, not just one, all causes are related to attacks on the immune system which cause the immune system to be confused about where the attack is coming from. The pathogen attacks the body and the body in its attempt to mount an offence is occasionally fooled into thinking that the body's own cells and tissues are a cause. In some respects they may be if they still harbour the pathogen. Some of the causes we found include:

A number of toxins are implicated in causing Rheumatoid arthritis.  One clearly proven group of toxins are the smoke particles from both cigarrettes and in pollution laden air - for example diesel fumes or smog.

Other toxins are implicated including pesticides, fungicides and herbicides.  Alcohol in excess may also be a cause. 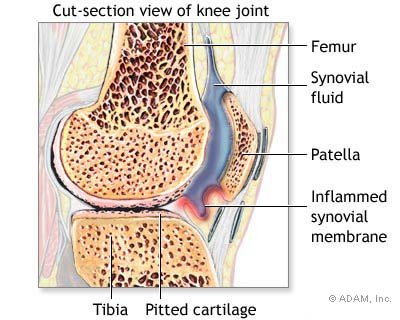 The bacteria in the gut occasionally cause problems see PMID study; there is also an observation we have provided that shows that disruption of the gut flora by, for example, antiobiotics, can result in bacteria and other pathogens entering the bloodstream and migrating to the joints attacking the tissues.

Gingivitis is a known cause of rheumatoid arthritis – a good reason to make sure you go to a dentist regularly - see PMID study  and there is reason to believe other bacteria may also be implicated.

Here the cause is simple wear and tear caused by excessive strain on the joints, although as the paper from Pubmed explains other factors may also contribute. 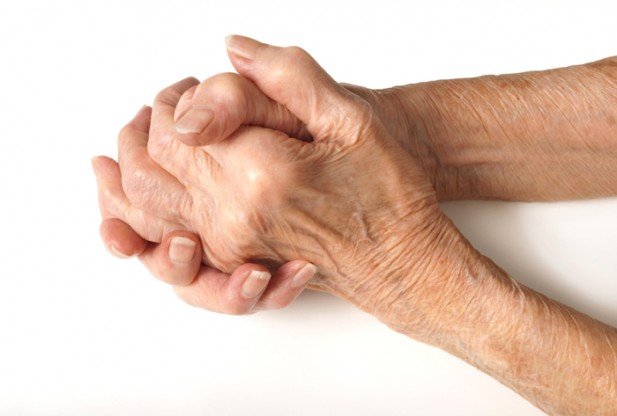 Soft drinks intake  especially those with high levels of artificial sweeteners, colours and flavours added - see PMID study - have been implicated in rheumatoid arthritis.  Nutritional deprivation compromises the immune system and thus if the ultimate cause is another pathogen, the deprivation acts to exacerbate the problem.

A gradually increasing number of viruses have been implicated including the Epstein Barr virus.  It is worth noting that this is not the only virus associated with RA, the mumps viruses has also been implicated and the herpes simplex virus.  See the PMID paper.  Over time there is the possibility that a number of other viruses will also be recognised as having the potential to use the joints as a 'safe haven' [along with adipose tissue], as both present a harder target for the body's immune system.  There is also a proven link between the measles virus and arthritis.

Rheumatoid arthritis (RA) is a chronic inflammatory polyarthritis; ...Our purpose was to identify a virus from diseased tissue from a patient with RA.... sera from 50 patients with rheumatoid factor (RF)-negative RA were examined for IgM antibodies to the agent..... Eleven of 50 (22%) sera samples from patients with RF-negative RA had IgM antibodies to measles virus recombinant nucleoprotein....Conclusion:  There is an association between measles virus and RA. PMID: 19435971 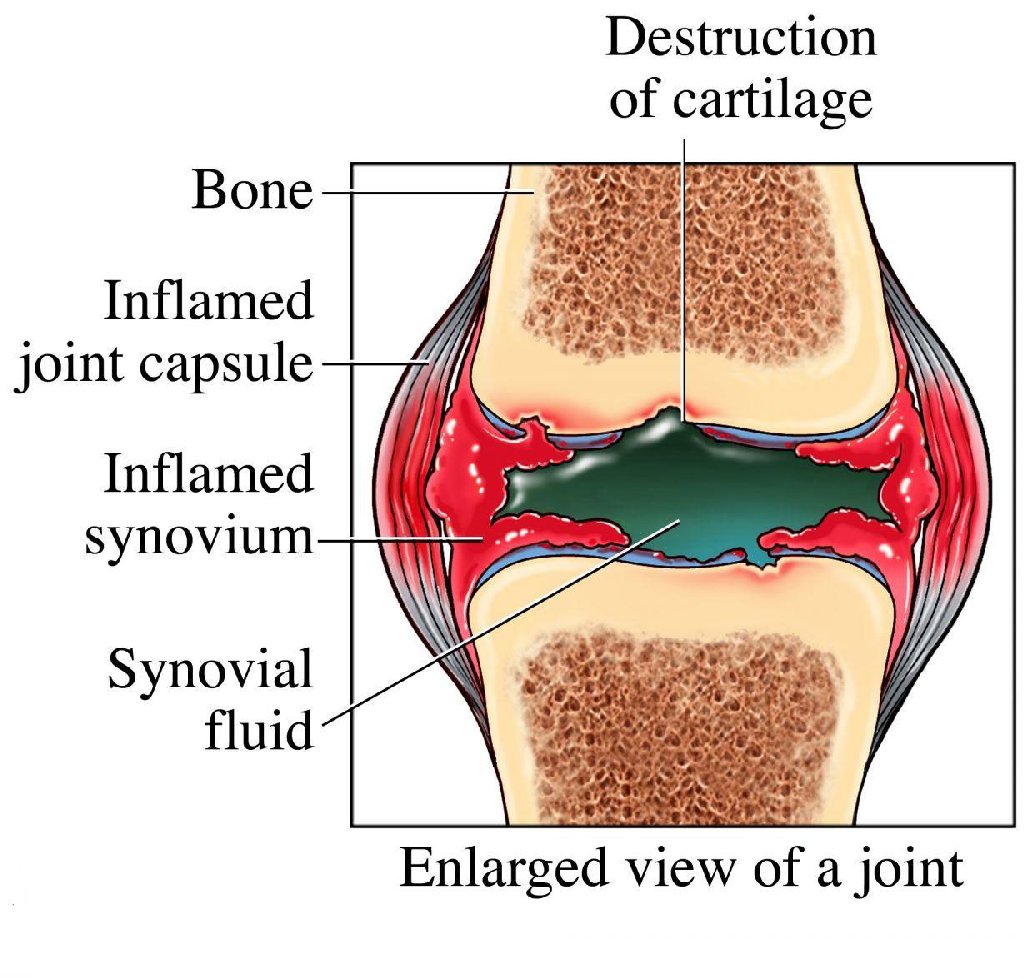 Methotrexate (MTX) has become the foundation disease-modifying anti-rheumatic drug (DMARD) for RA in medical practises where the cause of the illness is not investigated.   However, "concern exists regarding its possible association with infectious complications including varicella zoster virus (VZV) and herpes zoster (HZ)".  Many pharmaceuticals, by compromising or suppressing the immune system, allow the viruses which may be actually causing the rheumatoid arthritis to emerge and cause full scale shingles and even pneumonia.  There are a number of research papers on PubMed recording the existence of RA, the use of pharmaceuticals and the outbreak of VZV.

Taking another example, Infliximab is a form of immunosuppressant, approved by the U.S. Food and Drug Administration (FDA) for the treatment of psoriasis, Crohn's disease, ankylosing spondylitis, psoriatic arthritis, rheumatoid arthritis, and ulcerative colitis. But use of this drug has been associated with an emergence of the very virus causing these diseases, for example

Treatment with biological drugs is associated with increased susceptibility to viral infections. Reactivation of JC virus (JCV) and human cytomegalovirus (HCMV) in adults after therapy has been documented. .... One hundred eighty-six samples .... from 62 patients (15.8 ± 6.2 years old) with Crohn's disease, ulcerative rectocolitis or juvenile rheumatoid arthritis treated with immunotherapy ... were tested .....Epstein-Barr virus, HCMV, and human herpesvirus-6 genomes were detected in 4.8%, 3.2%, and 1.6% of the patients, respectively. .....There was a significant association between infliximab treatment and excretion of JCV genotype 2. Subclinical infection/reactivation of JCV genotype 2 in young patients during infliximab therapy was demonstrated.  PMID: 23364870

Many vaccines contain live viruses, and it has been known for some time that vaccines are implicated in causing arthritis.  For example

Rubella virus and the rubella virus vaccine are relatively common causes of acute arthralgias and occasionally objective arthritis. Rarely, chronic or relapsing joint syndromes may follow exposure to this virus or vaccine. This article will focus on the virus and its clinical illness. Major emphasis then will be given to the resulting arthritis syndromes and to consideration of the possible pathogenetic mechanisms of the joint manifestations. PMID: 3321211

A number of parasites have been implicated in rheumatoid arthritis including those present in cats and dogs.  There is also a link with Lymes disease

Lyme borreliosis (Lyme disease) is the most prevalent tick-borne disease caused by spirochaetes of the Borrelia species complex. Arthritis is one of the common manifestations of B. burgdorferi infection. In the early stage of inflammation B. burgdorferi interact with polynuclear granulocytes and epithelial cells, triggering production of reactive oxygen species, lipid peroxidation products and other inflammatory mediators. The imbalance between anabolic and catabolic processes in inflamed joints results in the progressive destruction of articular cartilage and disintegration of extracellular matrix.  PMID: 18044347

An observation is provided which provides an example. 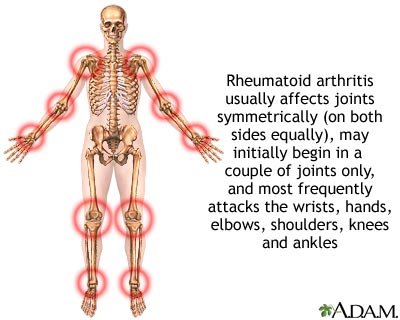 A gradually increasing number of vaccines use live viruses, occasionally quite virulent forms of a virus.  Thus the risk always exists that the virus is not eliminated by the immune system but migrates to the joints and adipose tissue where the pathogen is safe from attack by the immune system, and it is the injected virus which is causing the inflammation and pain.  And for those who still deny vaccines are a cause this paper should help to make them think...

Near universal administration of vaccines mandates intense pharmacovigilance for vaccine safety and a stringently low tolerance for adverse events. Reports of autoimmune diseases (AID) following vaccination have been challenging to evaluate given the high rates of vaccination, background incidence of autoimmunity, and lvariable times for onset of AID after vaccinations. In order to identify biologically plausible pathways to adverse autoimmune events of vaccine-related AID, we used a systems biology approach to [measure]responses to vaccine antigens, adjuvants, preservatives and stabilizers, for the most common vaccine-associated AID found in the Vaccine Adverse Event Reporting System. .............Results showing unique and common gene sets, pathways, immune system categories and functional clusters of genes in four autoimmune diseases suggest it is possible to develop molecular classifications of autoimmune and inflammatory events.   PMID: 25486901 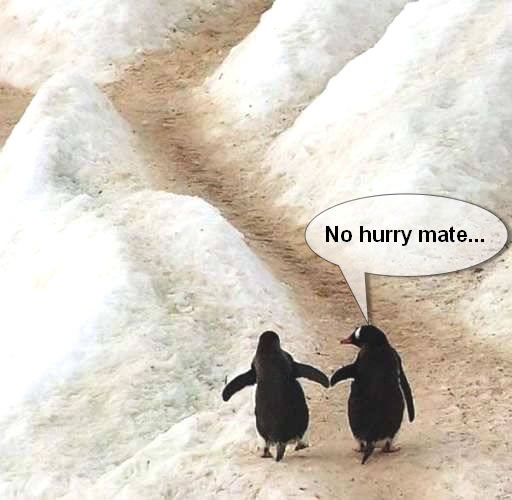 In effect, some of this is also gene related.

This was a case study in which 3 patients with autoimmune/auto-inflammatory syndrome induced by adjuvants (ASIA) after quadrivalent human papillomavirus vaccination (HPV) were evaluated and described. All the patients were women. Diagnosis consisted of HLA-B27 enthesitis related arthritis, rheumatoid arthritis and systemic lupus erythematous, respectively. Our results highlight the risk of developing ASIA after HPV vaccination and may serve to increase the awareness of such a complication. Factors that are predictive of developing autoimmune diseases should be examined at the population level in order to establish preventive measures in at-risk individuals for whom healthcare should be personalized and participatory.

Surgery, wounds or other physical trauma

All of which  can result in deformed body shapes and unbalanced loads on various joints.

Where the body is treating food as a poison or toxin.  As there are many causes of food allergy, the link needs to be followed to ascertain the ultimate cause. 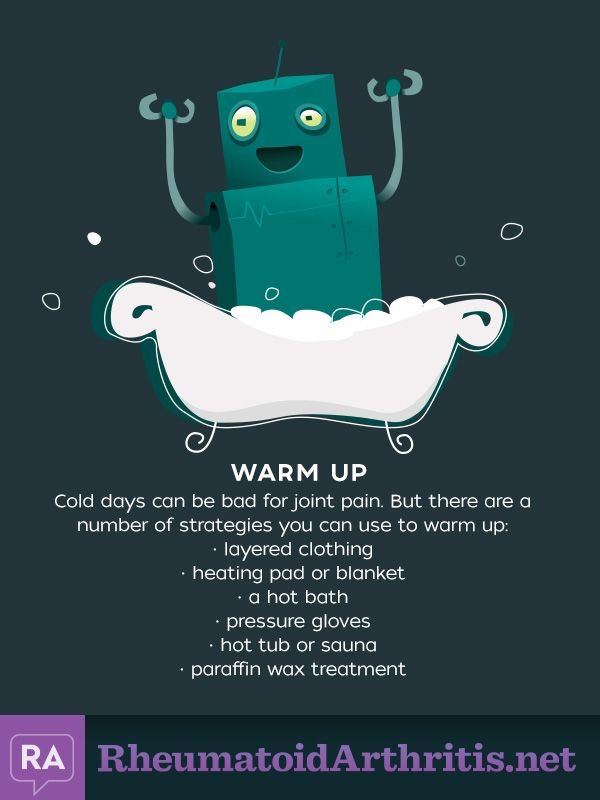 very high temperatures have also been shown to kill some viruses

The first line of defence is of course to find out the cause.  A different treatment will apply depending on what the cause is.  The emphasis should be on Healing yourself.  Eating for health may also be helpful. Surgery, wounds or other physical trauma may benefit from osteopathy, acupuncture, massage and other forms of physical manipulation.

Where the cause is poisoning of various sorts you may need chelating agents to suit the specific toxin.

In the case of the various treatments you will find there are two sorts of treatment listed on this site: - 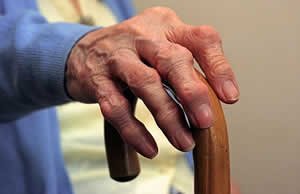 Analgesia (painkillers) and anti-inflammatory drugs, including steroids, suppress symptoms, but don't stop the progression of joint destruction. Disease-modifying antirheumatic drugs (DMARDs) may slow the progress of the disease [or may not] and have their own side-effects. In effect the pharmaceuticals treat the symptoms, whilst most [good] complementary medicine approaches try to get at the root cause.

The section on Inflammation and ways of handling it may be of help, and observations will be added as time goes on below.