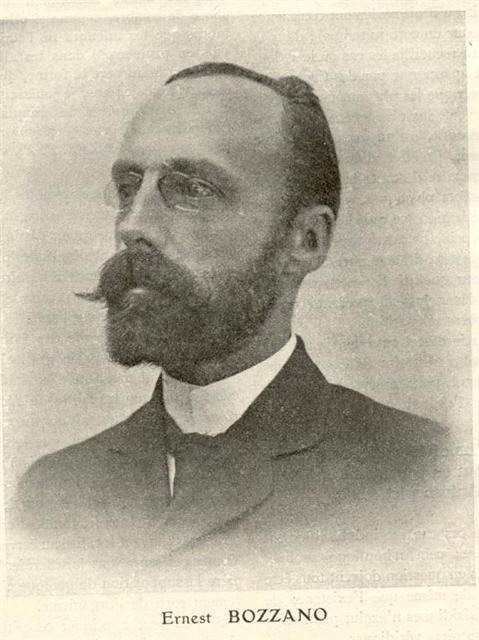 Ernesto Bozzano (Genoa, January 9, 1862 - June 24, 1943) was a professor of philosophy of science at the University of Turin and an Italian spiritist researcher.

He was an active contributor to Italian and French literature on paranormal phenomena, from the turn of the nineteenth century until the early 1940s.

He dedicated himself first to the philosophy of science, being interested in the ideas of the Englishman Herbert Spencer (1820-1903). In 1891 he began to deal with telepathy and especially of Spiritism, subjects that at that time interested both scholars of Europe and America.  After this, however, Bozzano devoted himself entirely, in complete solitude and until his death, to the study of Metaphysics and Metapsychics.

More than just an experimenter, he was a researcher, organizer and commentator on "the phenomena related to the rich metapsychic literature of his time", where "visionaries, the gullible, the mythomaniacs and the charlatans" were joined  by a few serious scholars. 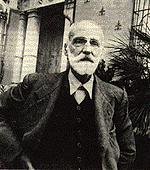 Bozzano published fifty-two works dealing with a wide range metapsychical subjects: telepathy, psychokinesis, mediumship in general, and other subjects.  He also exchanged a great deal of "dense correspondence" with other serious scientists involved in this area.  People like the British physicists Sir William Crookes and Oliver Lodge and the French physiologist Charles Richet.  At the V International Spiritist Congress, which took place in 1934 in Barcelona, ​​he was the president of honor.

This solitary scholar, who had dedicated much of his life to the attempt to give 'spiritualism' a scientific underpinning, left a library of metapsychics that is regarded as one of the richest in Europe and the world; it is now preserved by the Fondazione Biblioteca Bozzano - De Boni ", Of Bologna.

Professor Ernesto Bozzano was a singularly prolific writer, investigator, and theorist on parapsychological phenomena. But now that parapsychology has adopted the exactitudes of modern science and emphasizes a statistical appraisal of psychical phenomena, Bozzano has been forgotten. Yet those all too few students of the evolution of psychic science will ever revere him as one of the most important scholars and theorists in the history of the subject.

In his A propos de l'lntroduction a la Metapsychique we find a synthesis of the various psychical phenomena which ( in the view of Bozzano-a firm believer that psychical phenomena demonstrate that man survives bodily death) were best explained on a "spiritistic” hypothesis, which theorizes such occurrences as being the activity of the "dead." Many of these points still are to be found in para-psychological literature: apparitions at the moment of death, "bi-location," and the speaking in languages not normally known to the medium allegedly communicating with the "dead."

However, certain of Bozzano's points are now forgotten altogether -one such being "transcendental music" heard at deathbeds.

This last point must remain an enigma, for of all Bozzano's "intimations of immortality" (of which several others are indexed) this one seems to be, as is with most of his writings, one of those many scholarly enunciations which history has not honoured. This, even though Bozzano gave such prominence to the phenomenon that no student of parapsychology could possibly overlook his preoccupation with it. Within recent years only continental authorities have felt the impact imparted by that Italian philosopher. 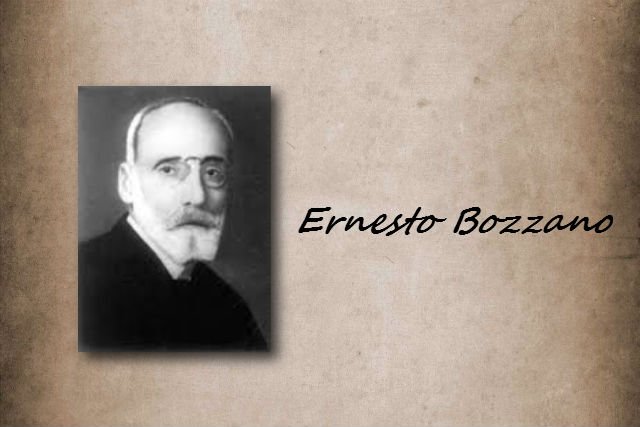 NOTE As the limits of the number of observations under the name Bozzano might have been reached, we have had to use his name but with a different order in order to separate out the various books.  Some observations will thus be found under Ernesto Bozzano, Professor and yet others under Bozzano, Professor Ernesto.  It is the same man.