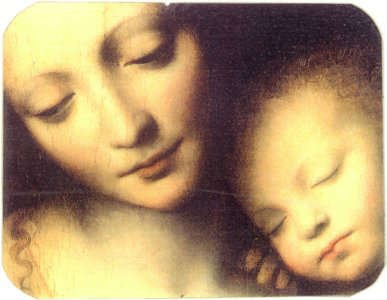 Thiamine or thiamin or vitamin B1 is a water-soluble vitamin of the B complex. All living organisms use thiamine, but it is synthesized only in bacteria, fungi, and plants. Animals must obtain it from their diet, and thus, for them, it is an essential nutrient.  It is on the World Health Organization's List of Essential Medicines, a list of the most important medication needed in a basic health system.

Human storage of thiamine is about 25 to 30 mg, with the greatest concentrations in skeletal muscle, heart, brain, liver, and kidneys. Thiamine is mainly the transport form of the vitamin, while the active forms are phosphorylated thiamine derivatives.  ThMP (thiamine monophosphate) and free (unphosphorylated) thiamine is present in plasma, milk, cerebrospinal fluid, and, it is presumed, all extracellular fluids.  Thiamine is excreted principally in the urine.

Uses in the body

Thiamine’s phosphate derivatives are involved in numerous cellular processes. The best-characterized form is thiamine pyrophosphate (TPP), a coenzyme in the catabolism of sugars and amino acids. Thiamine is used in the biosynthesis of the neurotransmitter acetylcholine and gamma-aminobutyric acid (GABA).  Thiamine derivatives are key to carbohydrate metabolism.  Thiamine is also key in the creation of adenosine triphosphate (ATP), which is a major form of energy for the cell and is also involved in myelin synthesis.  Adenosine thiamine diphosphate (AThDP) or thiaminylated adenosine diphosphate exists in small amounts in vertebrate liver, but its role remains unknown.

Insufficient intake in all mammals results in Wernicke-Korsakoff's syndrome, optic neuropathy, and a disease called beriberi that affects the peripheral nervous system (polyneuritis) and/or the cardiovascular system.

The brain requires a much greater amount of thiamine than in other cells of the body. Much of ingested thiamine never reaches the brain because of passive diffusion and the blood brain barrier.  In effect, a thiamine deficiency can cause brain damage of all sorts from Alzheimer’s to autism.

Given thiamine’s key role in carbohydrate metabolism, there may be a link between thiamine deficiency and obesity.

Furthermore deficiency may be linked to diseases associated with inadequate myelin regeneration or repair, such as multiple sclerosis.

A positive diagnosis test for thiamine deficiency can be ascertained by blood tests.  The normal thiamine concentration in EDTA-blood is about 20-100 µg/l.

Rather alarmingly, there have been no studies on what an overdose of thiamine can do to you.  Given the extensive supplementation of food stuffs with this vitamin, this is not a very good position to be in.  According to Wikipedia “There are no reports available of adverse effects from consumption of excess thiamine by ingestion of food and supplements”.  This is because no reports are collected or as they say “the data is inadequate for a quantitative risk assessment”.

Food additives - Thiamine in foods can be degraded in a variety of ways. Sulfites, which are added to foods usually as a preservative, attacks thiamine at the methylene bridge in the structure, cleaving the pyrimidine ring from the thiazole ring. The rate of this reaction is increased under acidic conditions.

Consumption of an excess of Plant thiamine antagonists  - These compounds interact with the thiamine to oxidize the thiazole ring, thus rendering it unable to be absorbed.   Examples include

Pharmaceuticals - Tannic acid [described above] is still used in pharmaceutical applications to produce albumin tannate which is used as an anti-diarrhea agent. Tannic acid is also used to produce tannate salts of certain anti-histamines and anti-tussives to impart increased stability or slow release properties to the API (active pharmaceutical ingredient).   But aside from this specific cause, pharmaceuticals in general are implicated in Thiamine deficiency, this LINK takes you to the eHealthme web site where the list of pharmaceuticals is shown.

Intestinal damage/disease - Thiamine is released by the action of phosphatase and pyrophosphatase in the upper small intestine. At low concentrations, the process is carrier-mediated, and, at higher concentrations, absorption occurs via passive diffusion. Active transport is greatest in the jejunum and ileum.  If the intestine is damaged or diseased this process can be inhibited.  It is also inhibited by folic deficiency.  Gastric sleeves clearly have a very detrimental effect here.

HIV/AIDs – Thiamine deficiency may also occur in patients with impaired nutrition from other causes, such as HIV-AIDS.

Alcoholism - Alcoholics may have thiamine deficiency because of the following:

Genetic diseases - Genetic diseases of thiamine transport are rare but serious. Thiamine responsive megaloblastic anemia (TRMA) with diabetes mellitus and sensorineural deafness is an autosomal recessive disorder caused by mutations in the gene SLC19A2.  Leigh disease (subacute necrotising encephalomyelopathy) is an inherited disorder that affects mostly infants in the first years of life and is invariably fatal.

According to the USDA Nutrients database the principle sources of Vitamin B1 are as follows: