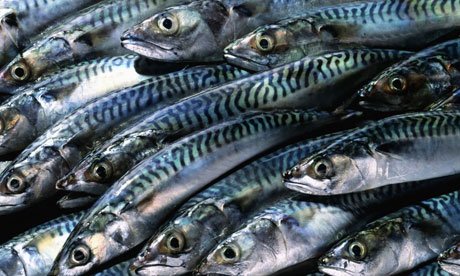 Mackerel is a common name applied to a number of different species of pelagic fish, from the family Scombridae, which also includes tuna and bonito. Generally mackerel are much smaller and slimmer than tuna, though in other respects they share many common characteristics. Their scales, if present at all, are extremely small. 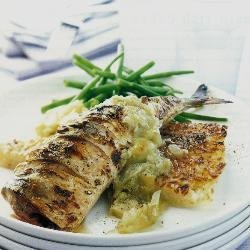 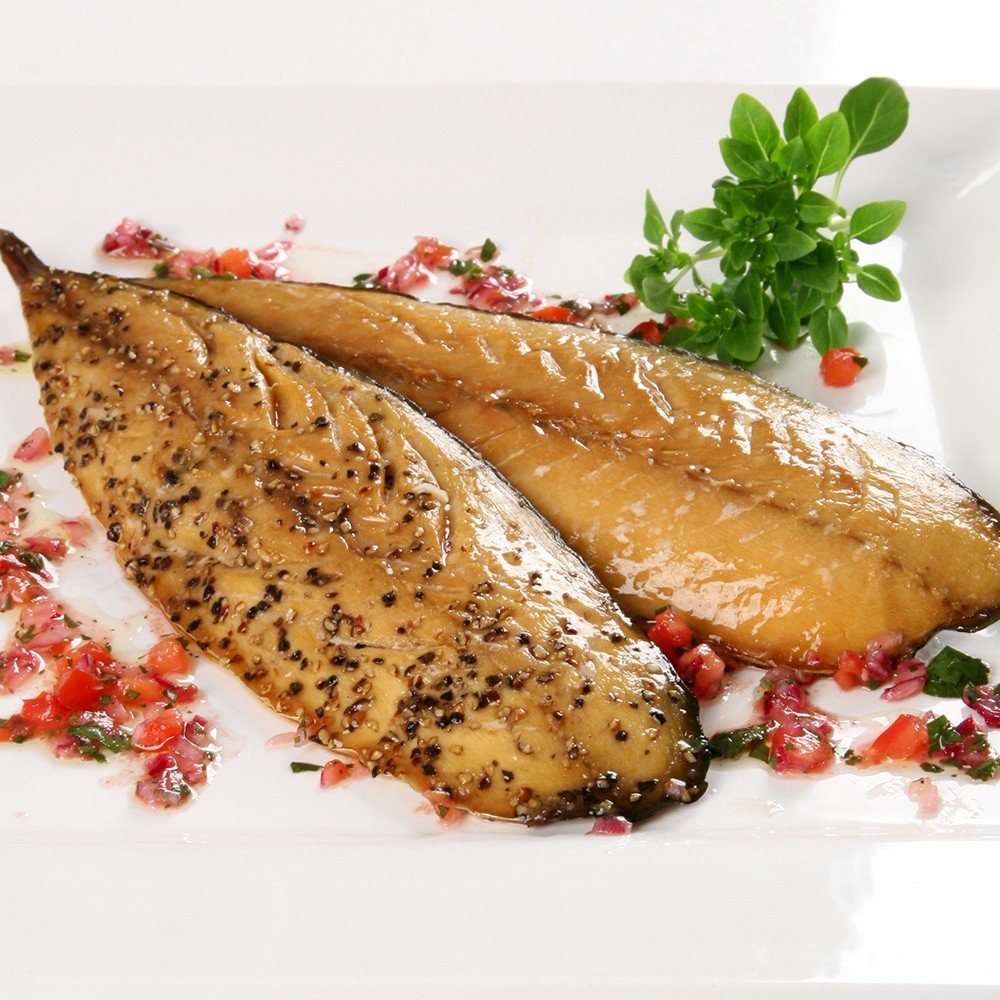 About 21 species in the family Scombridae are commonly called mackerel. The type species for the scombroid mackerel is the Atlantic mackerel, Scomber scombrus.

The term "mackerel" means "marked" or "spotted." The term mackerel derives from the Old French maquerel, c.1300, meaning a pimp or procurer. The connection is not altogether clear, but mackerel spawn enthusiastically in shoals near the coast, and medieval ideas on animal procreation were creative.

Many species are restricted in their distribution ranges, and live in separate populations or fish stocks based on geography. Some stocks migrate in large schools along the coast to suitable spawning grounds, where they spawn in fairly shallow waters. After spawning they return the way they came, in smaller schools, to suitable feeding grounds often near an area of upwelling. From there they may move offshore into deeper waters and spend the winter in relative inactivity. Other stocks migrate across oceans.

Mackerel are prolific broadcast spawners. Individual females lay between 300,000 and 1,500,000 eggs. Their eggs and larvae are pelagic, that is, they float free in the open sea. The larvae and juvenile mackerel feed on zooplankton. 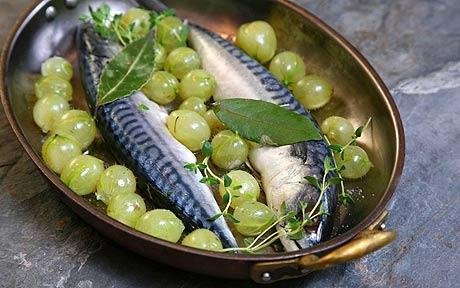 Poached in pernod with gooseberries

As adults they have sharp teeth, and hunt small crustaceans such as copepods, as well as forage fish, shrimp and squid. In turn they are hunted by larger pelagic animals such as tuna, billfish, sea lions, sharks and pelicans. Smaller mackerel are forage fish for larger predators, including larger mackerel and Atlantic cod. Flocks of seabirds, as well as whales, dolphins, sharks and schools of larger fish such as tuna and marlin follow mackerel schools and attack them in sophisticated and cooperative ways. Mackerel is high in omega-3 oils and is intensively harvested by humans.

In 2009, over five millions tonnes were landed by commercial fishermen.

The flesh of mackerel spoils quickly, especially in the tropics, and can cause scombroid food poisoning. Accordingly, it should be eaten on the day of capture, unless properly refrigerated or cured. Mackerel preservation is not simple. Before the 19th-century development of canning and the widespread availability of refrigeration, salting and smoking were the principal preservation methods available. In the UK at least it is and was smoked .