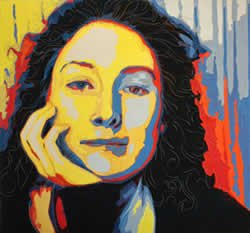 Manganese is a chemical element and metal, designated by the symbol Mn. Manganese makes up about 1000 ppm (0.1%) of the Earth's crust, making it the 12th most abundant element there.

Biologically manganese(II) ions function as cofactors for a large variety of enzymes all with different functions. The classes of enzymes that have manganese cofactors are very broad, and include "oxidoreductases, transferases, hydrolases, lyases, isomerases, ligases, lectins, and integrins".

Manganese enzymes are particularly essential in “detoxification of superoxide free radicals in organisms that must deal with elemental oxygen”. The element is a required trace mineral for all known living organisms.

The human body contains about 12 mg of manganese, which is stored mainly in the bones. In the tissue, it is mostly concentrated in the liver and kidneys. In the human brain, the manganese is bound to manganese metalloproteins, most notably glutamine synthetase in astrocytes.

Illnesses and diseases of manganese

Deficiency of manganese is a relatively unknown phenomena although it could theoretically occur. Manganese is an essential trace nutrient in all known forms of life. The reverse transcriptases of many retroviruses contain manganese. The best-known manganese-containing polypeptides may be arginase, the diphtheria toxin. Mn-SOD is in most bacteria. In effect viruses and bacteria need manganese to survive and if they get into us, there is a theoretical possibility that the more virulent ones may well use our stores to feed themselves.

If you look on Pubmed, however, the papers you will find all concern overdosing of manganese

For more details see Manganese imbalance. At the levels described in the papers it might be better described as poisoning.

The followong list is principally derived from the USDA Nutrients database