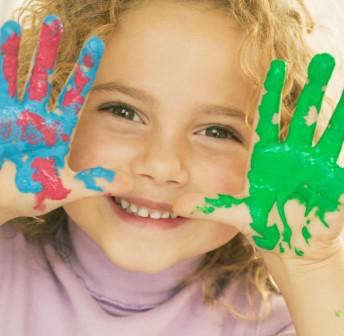 Vitamin A is “a group of unsaturated nutritional organic compounds, that includes

It has multiple functions in the body. Vitamin A plays a role in a variety of functions throughout the body, such as:

Vitamin A can be found in two principal forms in foods:

Carnivores are poor converters of carotenoids, so there is no point in giving your cat carrots thinking they will do it good. They won't. 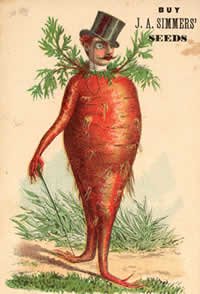 Because Vitamin A is not one substance but several, in measuring Vitamin A content a system of equivalences has been used, an international unit (IU) equal to 0.3 μg of retinol, 0.6 μg of β-carotene, or 1.2 μg of other provitamin-A carotenoids and a new unit, the retinol activity equivalent (RAE) introduced in 2001. Each μg RAE corresponds to 1 μg retinol, 2 μg of β-carotene in oil, 12 μg of "dietary" beta-carotene, or 24 μg of the three other dietary provitamin-A carotenoids.

The absorption of provitamins depends greatly on the amount of lipids ingested with the provitamin; lipids increase the uptake of the provitamin.  More about this in a moment.

Due to the unique function of retinal, one of the earliest and specific manifestations of vitamin A deficiency is impaired vision, particularly in reduced light – night blindness. Persistent deficiency gives rise to a series of changes, the most devastating of which occur in the eyes. First there is dryness of the conjunctiva (xerosis) as the normal lacrimal and mucus-secreting epithelium is replaced by a keratinized epithelium. This is followed by the build-up of keratin debris in small opaque plaques (Bitot's spots) and, eventually, erosion of the roughened corneal surface with softening and destruction of the cornea leading to total blindness.

Other effects of deficiency include impaired immunity (increased risk of ear infections, urinary tract infections, Meningococcal disease and so on), skin diseases, tooth decay, maldevelopment of the fetus, plus many other problems related to its function.

Night blindness was recognized by the ancient Egyptians and Greeks, and many authorities from Galen onward advocated liver as a curative. Outbreaks of night blindness were linked to nutritional causes in the 18th and 19th centuries by von Bergen, Schwarz, and others.  Corneal ulceration was reported in 1817 by Magendie .... Subsequently, corneal epithelial defects, often in association with night blindness, were recognized in malnourished individuals subsisting on diets now recognizable as deficient in vitamin A by Budd, Livingstone, von Hubbenet, Bitot, Mori, Ishihari, and others.
During World War I, Bloch conducted a controlled clinical trial of different diets among malnourished Danish children with night blindness and keratomalacia.  In 1913, Ishihara proposed that a "fatty substance" in blood is necessary for synthesis of both rhodopsin and the surface layer of the cornea, and that night blindness and keratomalacia develop when this substance is deficient. ....By 1922 McCollum and colleagues distinguished two vitamins within the fat-soluble fraction, later named vitamins A and D......
Vitamin A deficiency remains a serious problem in developing countries as indicated by global surveys beginning in the 1960s. Millions of children were shown to be vitamin A deficient, with resultant blindness, increased susceptibility to infection, and increased childhood mortality. Beginning in the 1960s, intervention trials showed that vitamin A deficiency disorders could be prevented in developing countries with periodic vitamin A dosing, and in the 1980s and 1990s, large randomized, double-blind, placebo-controlled clinical trials demonstrated the marked efficacy of vitamin A supplementation in reducing childhood mortality. 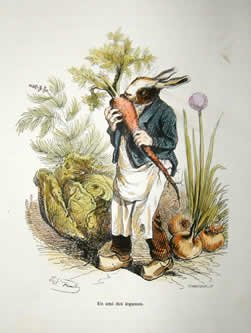 Excess vitamin A, which is most common with high dose vitamin supplements, can cause birth defects. The fetus is particularly sensitive to vitamin A toxicity during the period of organogenesis.

Excessive dietary intake of beta-carotene can lead to carotenodermia, which causes orange-yellow discoloration of the skin.  Otherwise the symptoms of Vitamin A overdose are those of poisoning.

Since vitamin A is fat-soluble, disposing of any excesses taken in through diet takes much longer than with water-soluble B vitamins and vitamin C. This allows for toxic levels of vitamin A to accumulate. The level at which poisoning can occur is lower for children and those with kidney disease.

Chronic intake of preformed vitamin A can cause osteoporosis and hip fractures because it suppresses bone building while simultaneously stimulating bone breakdown.

Causes of Vitamin A imbalance 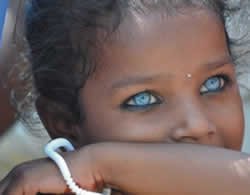 Sources of Vitamin A

The full list with all the sources of Vitamin A [excluding manufactured products that have only limited availability outside the USA] is shown in the science section Vitamin A food sources.  The list was derived from the USDA Nutrients database.  As you will be able to see the list is extremely long and contains rather a lot of duplication, as such if we summarise the contents, the main sources of Vitamin A are:

β-Carotene contributes to the orange color of many different fruits and vegetables. Many yellow and orange fruits, such as cantaloupe, mangoes and papayas, and orange root vegetables such as carrots and yams contain beta-carotene.

Vitamin A heals, but via poisoning it can cause hallucinations and other forms of experience.