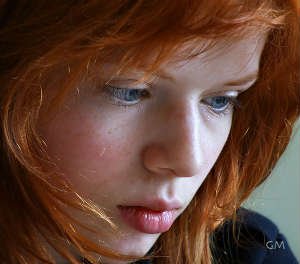 Copper is a chemical element with the symbol Cu (from Latin: cuprum) . It is a ductile metal with very high thermal and electrical conductivity. Pure copper is soft and malleable; a freshly exposed surface has a reddish-orange color.

Copper is present in the Earth's crust at a concentration of about 50 parts per million (ppm).  It is an essential trace element in plants and animals, but not some microorganisms, in fact to some organisms it is poisonous - see Copper and its antibacterial action. The human body contains copper at a level of about 1.4 to 2.1 mg per kg of body mass.

Copper is essential as a trace dietary mineral because it is a key constituent of the respiratory enzyme complex cytochrome c oxidase. 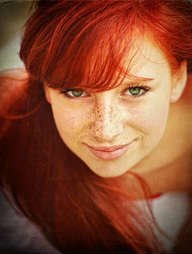 The main organs where copper is found in humans are liver, muscle and bone.  But, it is also found in the blood in combination with two other minerals, making the 'golden triangle'.  There is a vital balancing act that takes place between zinc, copper and iron in our blood. In blood plasma, zinc is bound to and transported by albumin (60%, low-affinity) and transferrin (10%). Since transferrin also transports iron, excessive iron reduces zinc absorption, and vice-versa. A  similar reaction occurs with copper.  Thus an imbalance in the minerals in general can produce an imbalance in zinc or copper or iron.

The following is helpful and clear as a summary.

Copper, zinc, selenium, and molybdenum are involved in many biochemical processes supporting life. The most important of these processes are cellular respiration, cellular utilization of oxygen, DNA and RNA reproduction, maintenance of cell membrane integrity, and sequestration of free radicals. Copper, zinc, and selenium are involved in destruction of free radicals through cascading enzyme systems. Superoxide radicals are reduced to hydrogen peroxide by superoxide dismutases in the presence of copper and zinc cofactors. Hydrogen peroxide is then reduced to water by the selenium-glutathione peroxidase couple. Efficient removal of these superoxide free radicals maintains the integrity of membranes, reduces the risk of cancer, and slows the aging process. On the other hand, excess intake of these trace elements leads to disease and toxicity; therefore, a fine balance is essential for health.  PMID:9891606

What I hope is clear from this description is that it is the balance of the minerals as a whole that is key.  More details can be found in the sections iron imbalance and Zinc imbalance, as well as Selenium imbalance and Molybdenum imbalance.

It is also worth pointing out that all of these essential minerals are disrupted by the presence of Heavy metals like Mercury and Lead.

Illnesses and Diseases of copper imbalance

More details can be found about the sources of copper imbalance and imbalance itself in the section Copper imbalance, however, the following abstract fom a Pubmed paper is quite helpful in summarising the dangers:-

Copper is an essential micronutrient involved in a variety of biological processes indispensable to sustain life. At the same time, it can be toxic when present in excess, the most noticeable chronic effect being liver damage.
Potent, efficient regulatory mechanisms control copper absorption in the digestive tract and copper biliary excretion; absorption ranges between 12 and 60% in humans, depending on Cu intake, presence of other factors in the diet that may promote or inhibit its absorption and on the copper status of the individual.
Current evidence suggests that copper deficiency may be more prevalent than previously thought, while copper toxicity is uncommon under normal daily life conditions.
Menkes syndrome and Wilson disease are genetic conditions associated with severe copper deficiency and severe copper toxicity, respectively.
Effects of milder degrees of copper deficiency and excess copper exposure are not well described, mainly due to lack of sensitive and specific indicators; serum copper concentration and ceruloplasmin are the most frequently used indicators, but they only detect rather intense changes of copper status.
Of the many proteins assessed as potential markers of copper status the chaperone of Zn-Cu superoxide dismutase (CCS1) has yielded promising results; data on its performance under different conditions are needed to confirm its use as an indicator of early copper deficiency. Defining copper requirements and upper safe limits of consumption (UL) is a complex process since there are adverse health consequences from both copper deficiency and copper excess (U shape curve).
The regulatory framework for risk assessment of essential trace elements introduced by the International Programme on Chemical Safety (IPCS) has proposed a homeostatic model to determine the Adequate Range of Oral Intake (AROI) of essential trace elements; the nadir of the resulting U shape curve serves to define the AROI. At this range of intake physiological mechanisms allow for normal homeostasis and basically, there are no detectable adverse effects.
At present, Recommended Dietary Intakes (DRIs) and Adequate Intakes (AIs) are used to recommend copper intakes at different ages and life situations. Evidence obtained in humans and non-human primates presented here suggest that current copper UL should be re evaluated. Developing the scientific basis for a copper UL and evaluating the relevance of copper deficiency globally are future key challenges for copper researchers.  PMID:21342755

So be aware you could be overdosing or deficient as the current measures are wrong. 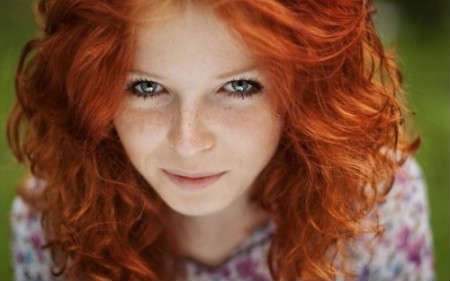 A combination of observation, medical and dietary history, and analyses for multiple trace elements is needed to pinpoint the trace element(s) involved.
Serum, plasma, and erythrocytes may be used for the evaluation of copper and zinc status, whereas only serum or plasma is recommended for selenium. Whole blood is preferred for molybdenum. When trace element levels are inconsistent with medical evaluations, a test for activity of the suspected enzyme(s) would support the differential diagnosis. ….. In the event of sample contamination during collection or analysis, the physician may be misled by falsely elevated results. Royal blue top evacuated tubes containing negligibly low concentrations of the trace element or acid-washed plastic sterilized syringes should be used for blood, serum, or plasma collection. Powdered gloves must be avoided. ….. Serum and plasma specimens are to be transported in acid-washed polypropylene and polyethylene tubes. Analysis is performed in a controlled environment to minimize or eliminate contamination. During analysis, all laboratory wares should be acid-washed for decontamination. A detailed description of these precautions may be found in reviews by Aitio and Jarvisalo and by Chan and Gerson.  PMID:9891606

It is clear that this is not done in many places and countries because they do not have the facilities. 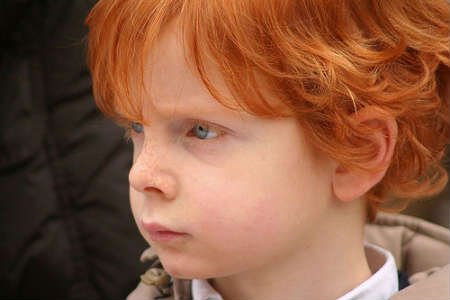 Just as an aside, copper  bracelets are used by numerous people to relieve arthritis symptoms.  Some proponents have speculated that the copper is absorbed through the skin and acts as a mineral supplement, but to quote Wikipedia "in various studies, no difference was found between arthritis treated with a copper bracelet, magnetic bracelet, or placebo bracelet", they then go on to disparage the whole idea, but this implies to me that the copper bracelet being a good conductor of electricity is acting as a form of permanent acupuncture needle and that by moving in and out of magnetic fields and areas of telluric current you are giving yourself a low does of stimulation via trigger points.  Very healing.

Sources of copper in food

A  human being can have a dietary copper deficiency, but this is very rare, because copper is present in many common foods.  Eat well and you have little need to worry about copper deficiency - unless of course you suffer from mineral imbalance or heavy metal poisoning, in which case you do have something to worry about.  The following was derived from the USDA Nutrients database: