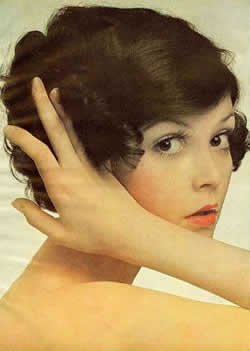 Vitamin B12, is also called cobalamin.  It is a water-soluble vitamin with a key role in the normal functioning of the brain and nervous system, and for the formation of blood. It is one of the eight B vitamins. It is involved in the metabolism of every cell of the human body, especially affecting DNA synthesis and regulation, but also fatty acid synthesis (especially odd chain fatty acids) and energy production.

Neither fungi, plants, nor animals are capable of producing vitamin B12.

Only bacteria and archaea have the enzymes required for its synthesis, thus the only way we can get Vitamin B12 [as we do not have the necessary bacteria in our intestines] is to eat animals or plants that do have these bacteria and have produced vitamin B12 and stored it in usable form.  Although many attempts have been made to manufacture vitamin B12, none has really been successful.   Cyanocobalamin, the principal B12 form used in nutritional supplements can cause rare cases of eye nerve damage, when the body is only marginally able to use this form.

Most of the edible blue-green algae (cyanobacteria) used for human supplements predominantly contain pseudovitamin B(12), which is inactive in humans. The edible cyanobacteria are not suitable for use as vitamin B(12) sources, especially in vegans.  PMID:  17959839

Vitamin B12 contains cobalt and more details about the relationship between cobalt and this vitamin can be found in the section on cobalt.

In the body Vitamin B12 is converted to the human physiological forms methylcobalamin and deoxy-adenosylcobalamin, leaving behind cyanide in minute concentrations.  Now you may wonder why Nature should have developed a function that left cyanide in the body, but we can now turn to homeopathic medicine where we find that truly minute traces of cyanide have been used to treat [and I quote from Boericke's Materia Medica],

As such we can conclude that cyanide has its uses and if it is not needed it is presumably expelled from the body.  Synthetically produced versions of Vitamin B12 does not go through this bodily conversion process, so if you are screaming or have speech difficulties and ulcers and are Vitamin B12 deficient you now know why!

Vitamin B12 deficiency can potentially cause severe and irreversible damage, especially to the brain and nervous system. At levels only slightly lower than normal, a range of symptoms such as fatigue, depression, and poor memory may be experienced.

Optimal functioning of the central and peripheral nervous system is dependent on a constant supply of appropriate nutrients. Particularly important for optimal functioning of the nervous system is cobalamin (vitamin B12). Cobalamin deficiency is particularly common in the elderly and after gastric surgery. Many patients with clinically expressed cobalamin deficiency have intrinsic factor-related malabsorption such as that seen in pernicious anemia. The commonly recognized neurological manifestations of cobalamin deficiency include a myelopathy with or without an associated neuropathy. This review deals with neurological aspects of vitamin B12 deficiency and attempts to highlight recent developments.   PMID:  24365360

Overdose appears to be rare, however, the symptoms when they do occur are identical to those for poisoning - nauea, vomiting, etc

Causes of Vitamin B12 imbalance

TSACGIV (2 years ago):  IF YOU HAVE DEFFICIENCY OF VITAMIN B12 YOU CAN NOT LOSE WEIGHT.  ALLI IS DANGEROUS.  DO NOT USE ALLI.  VITAMIN B12 IS ESSENTIAL TO YOUR BODY

The hydrosoluble vitamins are a group of organic substances that are required by humans in small amounts to prevent disorders of metabolism. Significant progress has been made in our understanding of the biochemical, physiologic and nutritional aspects of the water-soluble vitamins. Deficiency of these particular vitamins, most commonly due to inadequate nutrition, can result in disorders of the nervous system. Many of these disorders have been successfully prevented in developed countries; however, they are still common in developing countries. Of the hydrosoluble vitamins, the nervous system depends the most on vitamins B and C (ascorbic acid) for proper functioning. The B group vitamins include thiamin (vitamin B1), riboflavin (vitamin B2), niacin or niacinamide (vitamin B3), pantothenic acid (vitamin B5), pyridoxine or pyridoxal (vitamin B6) and cobalamin (vitamin B12). Clinical findings depend upon the deficiency of the underlying vitamin; generally, deficiency symptoms are seen from a combination rather than an isolated vitamin deficiency. True hereditary metabolic disorders and serious deficiency-associated diseases are rare and in general limited to particular geographic regions and high-risk groups. Their recognition is truly important as that determines the appropriate therapeutic management. The general availability of vitamins to practically everyone and several national health programs have saved many lives and prevented complications. However, there has been some apprehension for several decades about how harmless generous dosages of these vitamins are. Overt overdosages can cause vitamin toxicity affecting various body systems including the nervous system. Systemically, vitamin toxicity is associated with nonspecific symptoms, such as nausea, vomiting, diarrhea, and skin rash which are common with any acute or chronic vitamin overdose. PMID:  24365359

An exclusively breastfed 5-month-old Italian male infant, who was born after a normal full-term pregnancy to a vegan mother who was apparently daily treated with a multivitamin oral preparation during the second and third trimester, was hospitalised because of poor weight gain, feeding difficulties, severe pallor, muscle hypotonia and somnolence. Upon admission, his weight, length and head circumference were below the third percentile, he had an enlarged liver and spleen, and showed a significant delay in developmental milestones and communicative reactions.  Magnetic resonance imaging of the brain showed mild dilatation of the lateral ventricles with diffuse delayed myelination. The child was diagnosed as having vitamin B12 and iron deficiency due to nutritional inadequacy … his development was still retarded seven months after the start of therapy.  PMID:  22726312

Sources of Vitamin B12 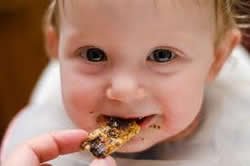 I have included an extremely detailed list of the food sources of Vitamin B12 obtained from the USDA National Nutrient Database for Standard Reference  Release 26   Software v.1.3.1.  The very unfortunate thing about their lists is that they contain a huge amount of duplication, so I have provided it in the Science section under the heading Vitamin B12 food sources.  In summary, however, what you should be able to see is that Vitamin B12 is obtained from

and to a lesser extent

For any vegan or even vegetarian this list makes very depressing reading.  Vegans in particular are at great risk of being Vitamin B12 deficient with all this entails.  However help is at hand in the form of

Certain makers of kombucha cultured tea, list vitamin B12 as naturally present in their product. One brand purports to contain 20% of the daily value of B12 in a single bottle, making kombucha a potential "high" food source of B12. Because kombucha is produced by a symbiosis between yeast and bacteria, the possibility that kombucha contains B12 does not contradict current knowledge. But no scientific studies have yet been published confirming the fact, nor whether the B12 in kombucha is the biologically active B12.

There are reports that certain plant foods are sources of B12; fermented foods such as tempeh and miso, as well as edible seaweed such as arame, wakame, nori, and kombu, spirulina, and certain greens, grains and legumes, have been cited as B12 sources, as has rainwater. According to Mangels et al., tiny amounts have been found in barley malt syrup, shiitake mushrooms, parsley and sourdough bread, but these products may be sources of inactive B12

This is entirely anecdotal.  When I was a child, during the raw Winter months, my Mum used to pack us off to school some mornings with toast and 'dripping' with Marmite.  These days this would be considered 'bad'.  But Marmite contains Vitamin B12 and Dripping [meat fat plus jelly from the joint of meat] contains Vitamin D - a hard to obtain vitamin during the winter when sun levels are low and children do not tend to play out in the garden so much.

The observations that cover hallucinations visions etc are due the fact that deficiency causes Brain damage.

There are also a number of observations on the healing effects of the right foods.