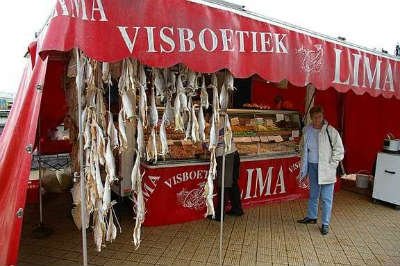 It may seem bizarre to have separate entries for each fruit and one-catch-all category for 32,000 known species of fish.  But in the first place, we do not eat all these 32,000 species and in the second place in many of the research papers, the findings often simply say ‘fish’.

And it is not so silly to do so nutritionally, as fish are somewhat like red meat in that they contain similar nutrients, being high in general in both vitamins and minerals.  Fish also provides a good source of high quality protein.  Perhaps one of the main vitamins of great interest that many contain is Vitamin D, a vitamin hard to find in many other foods. 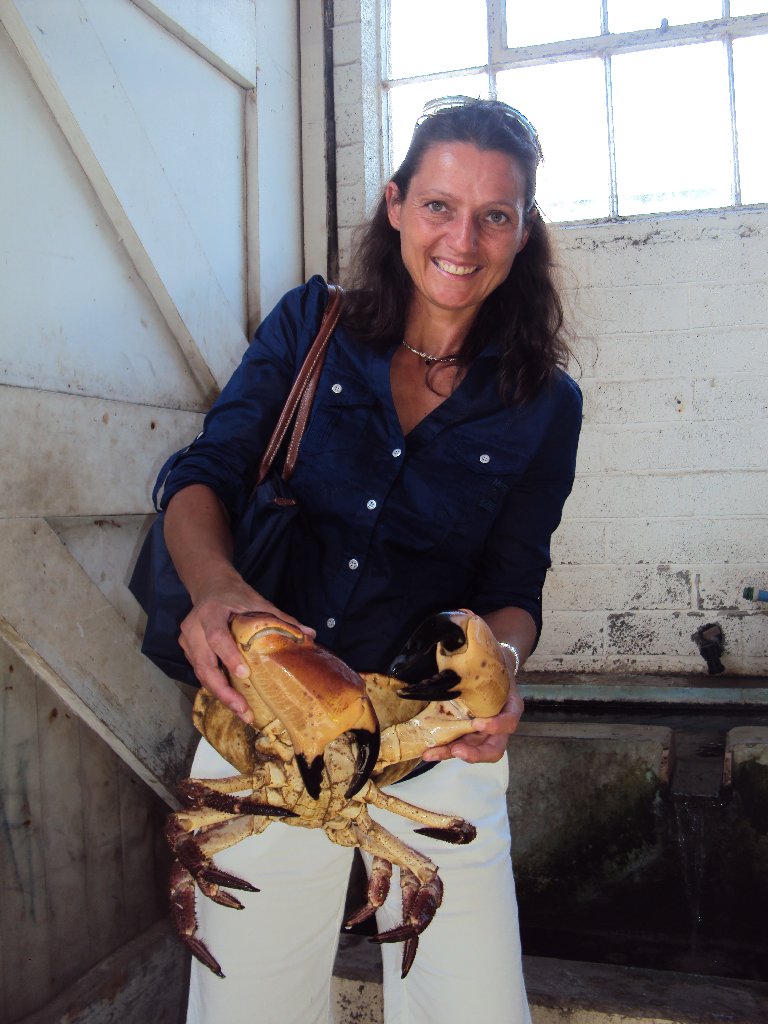 Fish, in both a culinary and nutritional context can be divided into:

Whereas the types of red meat are recognisable and common around the world, the majority of fish are particular to regions – the north or the tropics, the Pacific or the Atlantic, the rivers or the sea.  Because we haven’t ‘tamed’ fish and only farm some, there has not been the widespread introduction of species to countries, that you have for animals.  For this reason it is very difficult to give nutrient lists, as the number of species is  extremely high and for many local fish has never been examined, so I have picked out a few key species and listed their nutrients in observations, where known.

The following table from Wikipedia [and probably compiled by an American] should show the problem, many of these fish are unknown in Europe. 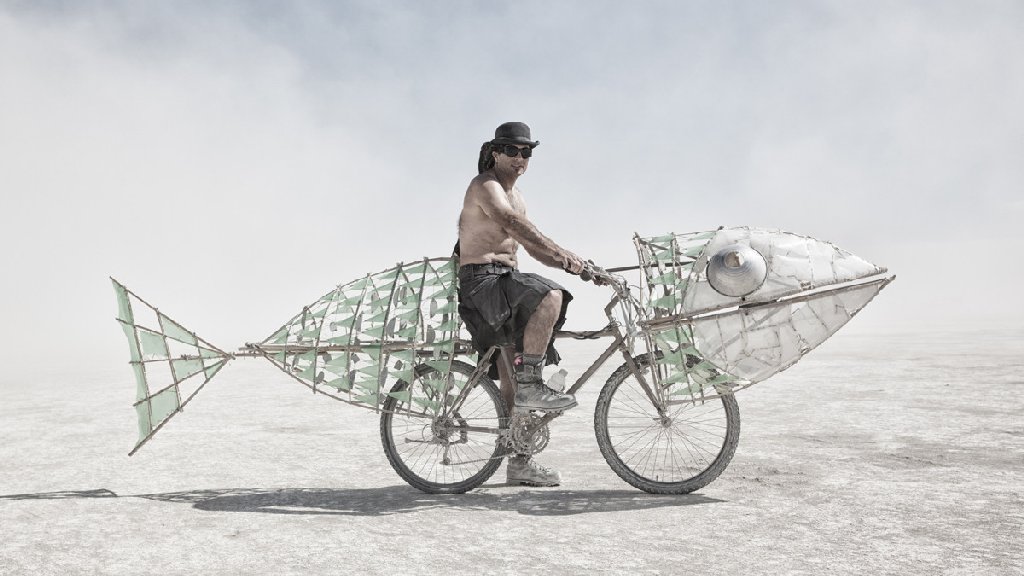 One of the problems with fish is that they are very susceptible to our environmental stupidity. Whereas with meat we can avoid factory farmed, intensively reared, inhumanely kept animals by going organic and finding a responsible farmer, with fish you can't. 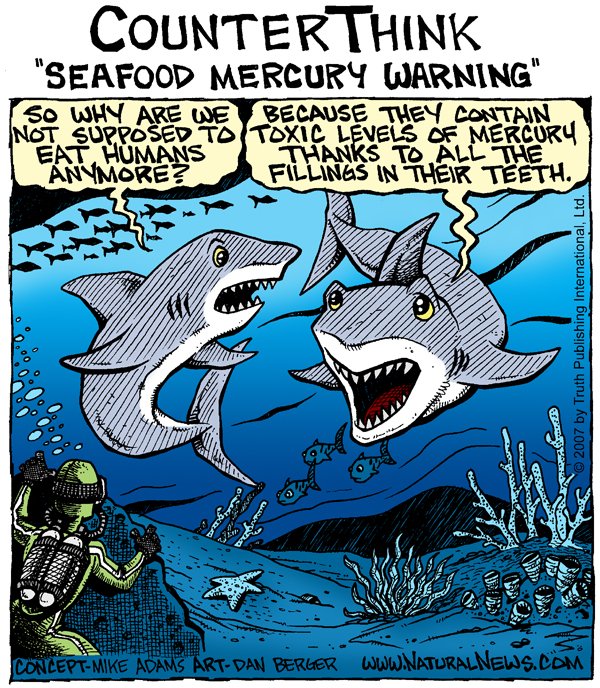 There is also no way we are able to tell if they are safe to eat, because they swim where their food is or goes.  Just because a fish is caught in a clean water area, does not mean it is safe, it could have come from a toxic hellhole.  The chances are that it will have come from a toxic hellhole, as we have created a great number, and as very little thrives there fish are forced to move on – if they live.

Thus fish are susceptible to the mercury we have spilled into the sea, the lead, and all the toxins man has invented – insecticides, pesticides, fertilisers, rodenticides and so on.  They are also sadly vulnerable to the pharmaceuticals in our sewerage, so that they suffer from pharmaceuticals much as we do. 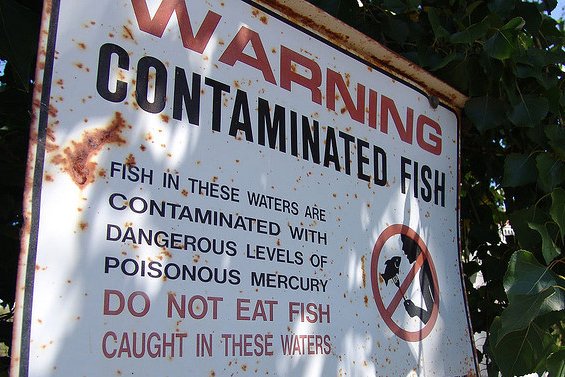 The introduction of nanoparticles has created a problem of catastrophic proportions to marine life in general, as nanoparticles cause mutations in genes as well as cell deformation, as such we could be wiping out or mutating vast numbers of marine life by our actions. 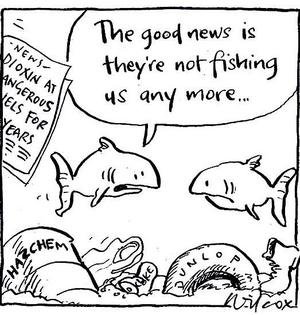 The problems of global warming and algal blooms have been a blessing and a curse to fish.  Some fish eat algae, but some algae contain biotoxins which accumulate in both fish and shellfish.

“Toxins include brevetoxins, okadaic acid, saxitoxins, ciguatoxin and domoic acid. Except for ciguatoxine, high levels of these toxins are only found in shellfish. Both domoic acid and ciguatoxine can be deadly to humans; the others will only cause diarrhea, dizzyness and a (temporary) feeling of claustrophobia.”

Shellfish are more susceptible to algal blooms and the accumulation of toxins because they are filter feeders, on the other hand they don’t move far, so you have a better chance of knowing whether they are safe, but not a foolproof knowledge because the tides carry all sorts of unknowns to our shores. 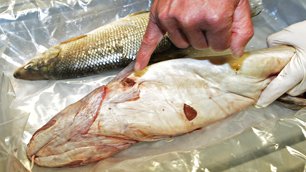 Shellfish poisoning affects the entire food chain not just humans, as it can affect sea mammals like otters, and birds. Bivalve molluscs, such as mussels, clams, oysters and scallops are a particular problem.

One recent addition to our woes has been the ‘seafood allergy’, defined as ‘a hypersensitivity to an allergen which can be present in fish, particularly in shellfish’.  But only a brief look at some of the cases of this so called allergic reaction, tends to lead to the conclusion that the victims were poisoned by toxins and possibly stale shellfish.  Once the immune system has been poisoned severely it never forgets, particularly if it had a battle on its hands, and subsequent ingestion can ‘lead to severe physical symptoms’.  Wikipedia in its customary belittling of the abilities of the immune system says it is an ‘overreaction of the immune system’.  But the immune system has marked the food down as a pathogen, so it is behaving entirely appropriately, especially as it may be right about the next batch too.

I remember once being served some sad flat looking oysters, obviously opened for some time and without any of the plumpness of a freshly caught and opened oyster.  I sent them back, but I noticed they put them back in the fridge, so some poor bugger probably now has a ‘seafood allergy’. 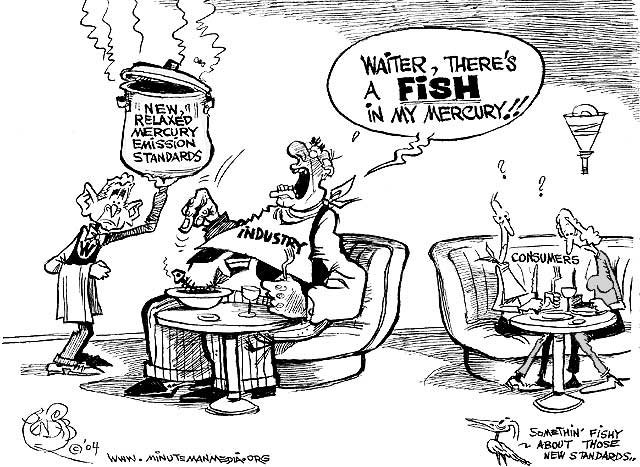 According to the US Food and Drug Administration (FDA), “the risk from mercury by eating fish and shellfish is not a health concern for most people”.   They then go on to say no child-bearing women or young children should eat seafood, as it “contains sufficient mercury to harm an unborn baby or young child's developing nervous system”, which left me with a very uneasy feeling about my nervous system.  It remains a mystery why all heavy metals were not entirely banned from all countries years ago.

This section may sound very negative, but it is extraordinarily upsetting that most of this planet is water, that it was abundantly provided with a wonderful array of fish, some just beautiful, some good to eat, and we, in only a short time have made it almost a desert and made life miserable for our fellow creatures at the same time.

We have created hell from a paradise. 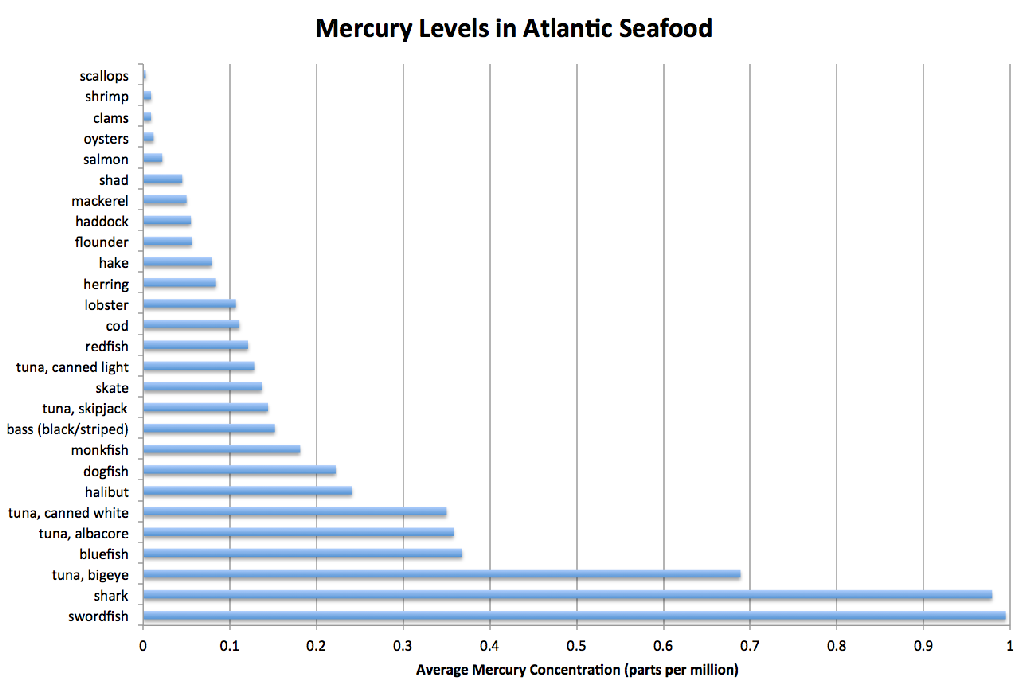 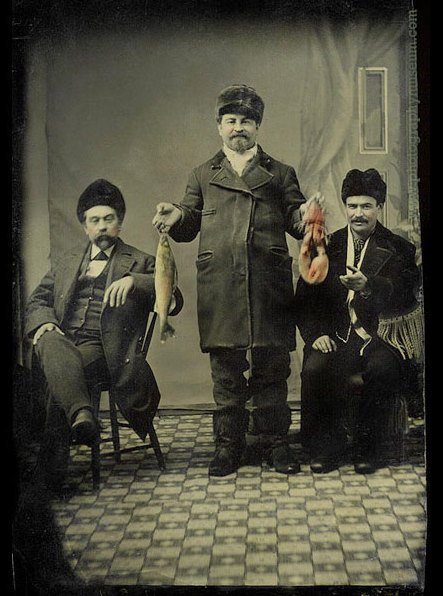 If you have managed to find a source of very fresh, unpolluted fish, then you have a source of endless wonderful meals.

For vegetarians; for those who work all day in offices and never see the sun; for children closeted away in schools rote learning and never getting the chance to play outside; for the elderly stuck in care homes in their rooms and never venturing out beyond the Home;  I sincerely hope you can, because fish are about your only source of Vitamin D and Vitamin D deficiency leads to death.

May the angels pity us all.