Alan Vaughan Ph.D (1936 - April 8th, 2001) was an American researcher into the so called paranormal.  He was a regular speaker on conferences on the subject, presenting papers from his original research to organisations like the Parapsychological Association.  He also gave seminars and courses.

Generally on this site we have avoided those who make money from this area, but it is very clear that it was not money that drove Alan and he is scathing about the frauds and money makers and how they were hindering research.  Alan created the nonprofit foundation known as the Intuition Network. Originally, he called it the New Ways of Consciousness Foundation solely with the intention of promoting discussion and better understanding in this area.

He became the editor of Psychic magazine and his books include Dream Telepathy, Patterns of Prophecy, and Incredible Coincidences. Alan co-authored the book Dream Telepathy with Drs Stanley Krippner and Montague Ullman.

A Tribute to Alan Vaughan - Jeffrey Mishlove
I can attest that Alan was consistently a gentle, sincere, and intelligent soul, a man whose life was unwaveringly devoted to the cause of intuition and parapsychology. I know I will always remember Alan with love, affection, and respect

His own psychic powers 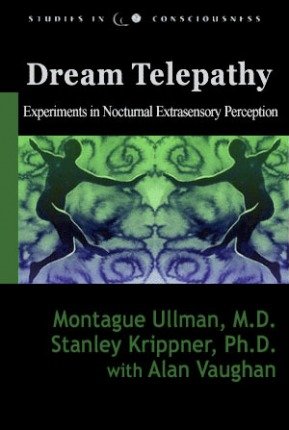 Alan is of especial interest on this site, as he not only brought great sensitivity, intellect and understanding to his research, but was himself gifted with psychic powers.  He was telepathic and could prophesy, heal and remote view.  For many years he was listed in the Guinness Book of Records ‘as the most successful predictor in the world’!

Alan ‘stunned’ many in the field of parapsychology in 1968, for example, when he wrote an urgent letter from Germany warning of the impending assassination of Robert F. Kennedy—just weeks before the actual event.

It is possibly the very fact that he understood the nature of the gift, that made him a good researcher, as he was in empathy with his subjects. He is also something of a wonderful addition to the site, as his descriptions of what happens when one has an experience are clear and very helpful.  He was also scrupulously honest, publishing his failures as well as his successes.

Alan was not averse to himself being studied.  He served as a successful psychic in the research study conducted at the Maimonides Medical Center of Brooklyn.  He also helped with the work of researcher Gertrude R. Schmeidler and a graduate student (Schmeidler & Goldberg, 1974) who conducted a free-response ESP study with Alan and some of his students. [They determined that the students seemed to be telepathically linked to Alan himself during the tests—so that they were able to correctly identify the targets that he also identified. And, when Alan missed the correct target or accurately described a different target, so did his students!]

Stephan A. Schwartz, President, Mobius Society
Alan Vaughan is one of the most accurate psychics with whom I have worked. For more than two decades in both basic and applied research, from remote viewing to healing, he has demonstrated a rarely seen consistency of successful effort.

Work with the Premonitions Bureau 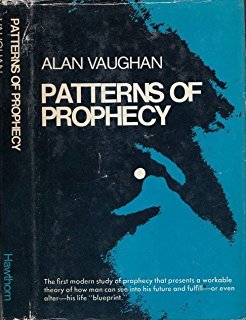 Alan worked with both the British Premonitions Bureau and the American Bureau.  Dr J C Barker of Shelton Hospital was the founder of this bureau in the UK and had begun the bureau in collaboration with science editor Peter Fairley of the London Evening Standard, the objective being to collect from its readers any premonitions they had had, in order to spot patterns which might serve as an early warning of disasters.

In other words, its main objective was to save life.

The American version of the bureau was founded in June 1968 and was called the Central Premonitions Registry.  The registry was set up, as a direct response to the premonition Alan had of Robert Kennedy’s assassination, by Dr Stanley Krippner and Robert Nelson.  A few months before they had been to a lecture by Dr Barker on the UK Premonitions Bureau.  The CPR offered itself as a clearing house for registering predictions of any sort in an ongoing study of precognition.  Their only criteria was that the CPR asked that the predictions, if fulfilled, could be capable of documentation in newspapers or other media.

The majority of the observations below were registered with the CPR, as such they were checked, even though they occur in Alan’s own book. 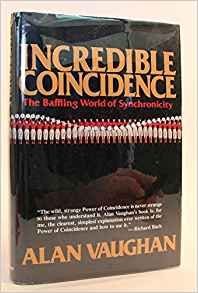 Alan designed a computer package called the Psychic Reward software package, in which he attempted to include a method for reversing the "decline effect" that had haunted many parapsychology researchers.

This effect describes the decline in ability that even gifted subjects experience from the sheer boredom of the tasks often given in psychic research.

The same package was also used to train ESP abilities. As one of his friends has said “This was a singular accomplishment for which Alan will be remembered for decades to come”.

Vaughan was born in Akron, Ohio, in 1936, and educated in the city's public schools, “augmented by the Great Books of the western World as assembled by Mortimer Adler, because his parents were deeply involved in the national study network built around the book series”. Vaughan went on to the University of Akron, where he took a BA in Classical Studies, and then to Rutgers for graduate work. Illness forced him to leave before he completed this graduate degree. He would later be awarded an honorary Ph.D. by the International Institute of Integral Human Studies in Montreal, Quebec, Canada. 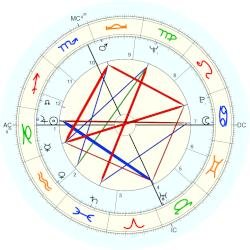 He enlisted in the U.S. Army to avoid the draft and was seconded to Army Intelligence, where he learned Russian at the Army Language School in Monterey, California. He was shipped to Frankfurt, Germany, to participate in the secret monitoring the United States was carrying out against the Soviet Union, through the now famous Berlin tunnel. While in the country, he taught himself German, adding that language to the Latin, Greek, Russian, and French he already knew.

While in Europe, Vaughan married his first wife, Iris. They were amicably divorced in the early 1970s, and there were no children.

After his military service, Vaughan moved to New York City and worked as a cartoon editor for the National Enquirer and science textbook editor for American Book Company.

He found his life work in 1967 when Eileen Garrett, founder of the Parapsychology Foundation in New York City-herself one of the most intensively studied psychics in modern times-funded a research grant for his studies in precognition and prophecy. In May of that year, Vaughan and his wife moved to London, where he compiled research for his book Patterns of Prophecy, notably at the College of Psychic Studies where he also began to work with his own abilities.

Vaughan also studied the famous Dutch clairvoyant Gerard Croiset, the principal psychic working with Professor William Tenaeff at the University of Utrecht in The Netherlands. A short while later, Professor Hans Bender, Director of the Institute for Parapsychology, invited Vaughan to work with him in Freiberg, Germany.

Next to predicting, Vaughan was probably best known for his work with dreams. In 1971, he was asked by Montague Ullman, M.D., psychiatrist, psychoanalyst, and noted researcher in dream analysis, to become a participant in several studies of dream ESP that Ullman was conducting with psychologist Stanley Krippner, Ph.D. The work was carried out at the Dream Laboratory of the Maimonides Medical Center in New York, where Ullman was on staff. In 1973, these studies became the basis for Dream Telepathy, which Vaughan co-wrote with the two researchers. It has become one of the better-known research books on dreams.

Where did Alan’s talent and psychic ability come from?  Although he clearly nurtured this talent and practised, he said in Patterns of prophecy that he had “American Indian blood”.  So his ability was inherited, if a little diluted!