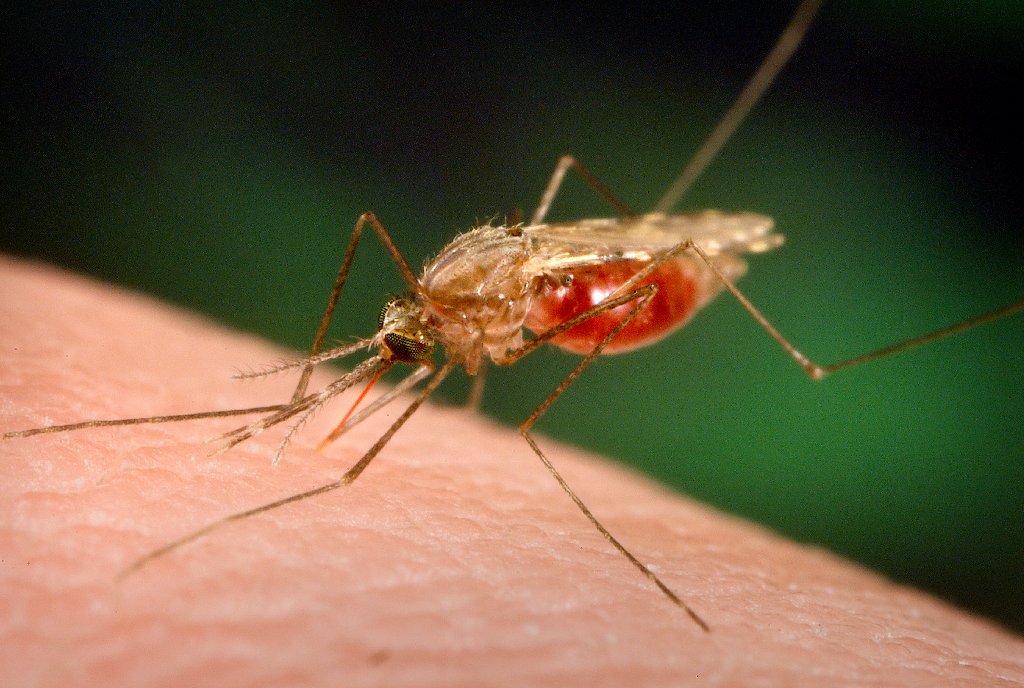 Malaria is a mosquito-borne disease of both humans and other animals.  It is  caused by eukaryotic protists of the genus Plasmodium.

There were an estimated 225 million cases of malaria worldwide in 2009 and an estimated 655,000 deaths from malaria in 2010.  According to the World Health Organization’s 2011 World Malaria Report, malaria accounts for 2.23% of all deaths worldwide. However, a 2012 meta-study from the University of Washington and University of Queensland, published in the Lancet,  estimated that 1,238,000 people died from malaria in 2010.

Ninety percent of malaria-related deaths occur in sub-Saharan Africa, around 60% of those deaths are of children under the age of five. 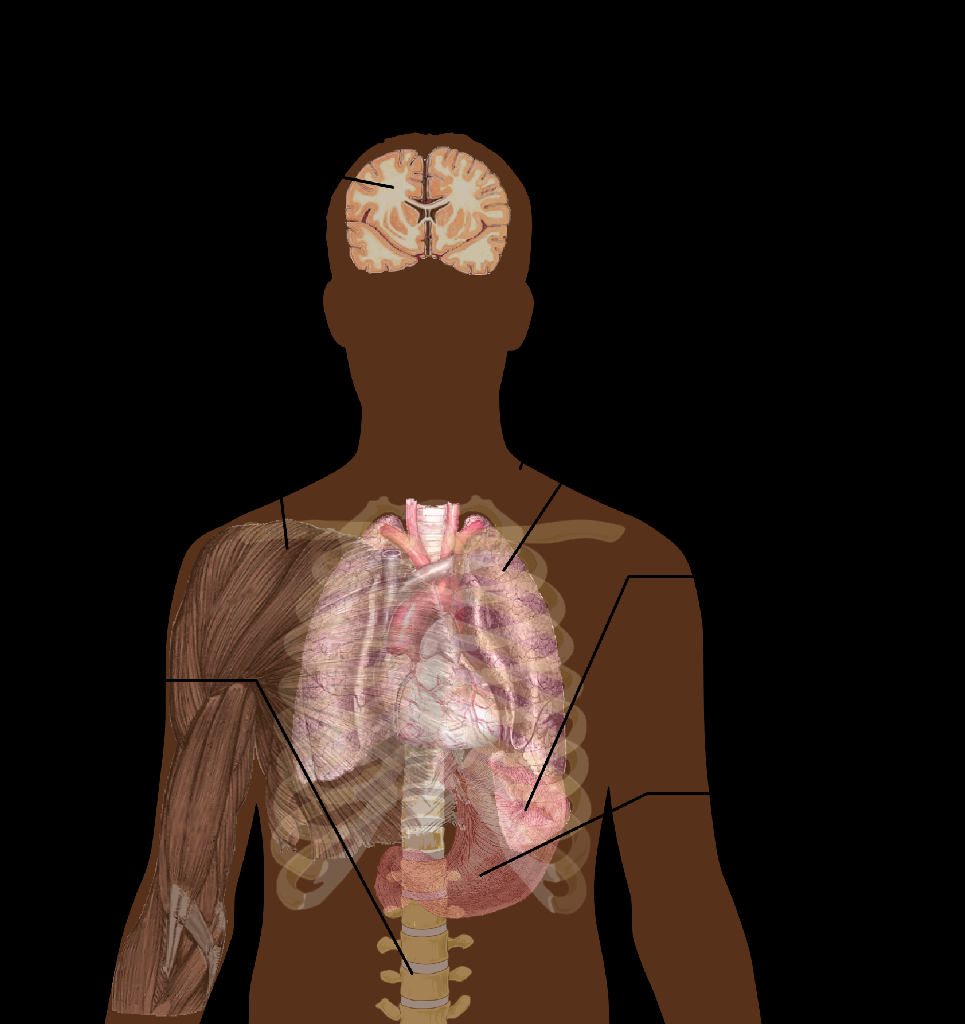 The classic symptom of malaria is cyclical -  sudden coldness and chills followed by shaking, and then fever and sweating lasting four to six hours, occurring every 2 to 3 days.

In severe cases malaria can progress to coma or death. 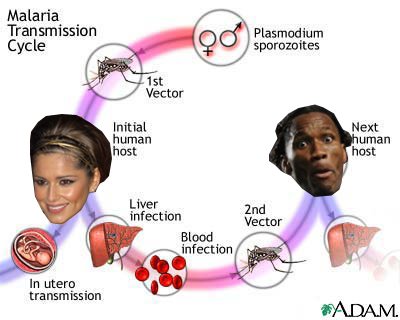 The disease is caused by the multiplication of Plasmodium parasites within red blood cells.  This parasite is widespread in tropical and subtropical regions, including much of Sub-Saharan Africa, Asia, and the Americas.

When an infected mosquito pierces a person's skin to take a blood meal, sporozoites in the mosquito's saliva enter the bloodstream and migrate to the liver. Within minutes of being introduced into the human host, the sporozoites move to the liver and infect hepatocytes, multiplying asexually and asymptomatically for a period of 8–30 days. 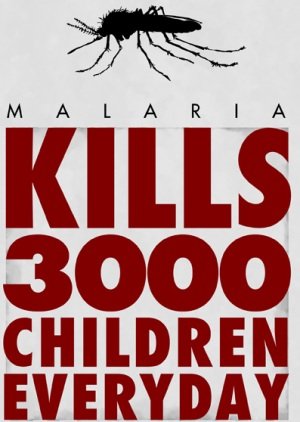 After a potential dormant period in the liver, these organisms differentiate to yield thousands of merozoites, which, following rupture of their host cells, escape into the blood and infect red blood cells, thus beginning the erythrocytic stage of the life cycle. The parasite escapes from the liver undetected by wrapping itself in the cell membrane of the infected host liver cell.

Within the red blood cells, the parasites multiply further, again asexually, periodically breaking out of their hosts to invade fresh red blood cells. Several such amplification cycles occur. Some P. vivax and P. ovale sporozoites do not immediately develop into exoerythrocytic-phase merozoites, but instead produce hypnozoites that remain dormant. After a period of dormancy, they reactivate and produce merozoites.

The parasite is relatively protected from attack by the body's immune system because for most of its human life cycle it resides within the liver and blood cells and is relatively invisible to immune surveillance. However, circulating infected blood cells are destroyed in the spleen.

Malaria can recur after treatment and can start some time after the mosquito bite that caused it. Approximately one in five of P. vivax malaria cases in temperate areas involve overwintering within the body by the  hypnozoites; in other words, the illness begins the year after the mosquito bite.  Because the parasite or its progeny can lay ‘dormant’ in the liver , even when the parasite has disappeared from the bloodstream, malaria can suddenly appear for no immediately apparent reason.  The longest incubation period reported for a P. vivax infection was 30 years. 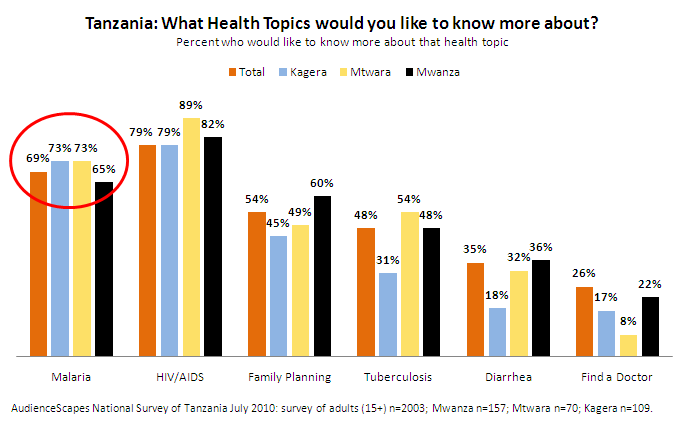 One of the first problems appears to be in diagnosis, as such treatment would be much improved if better diagnostic methods were used.  The following chart is from Kenya. 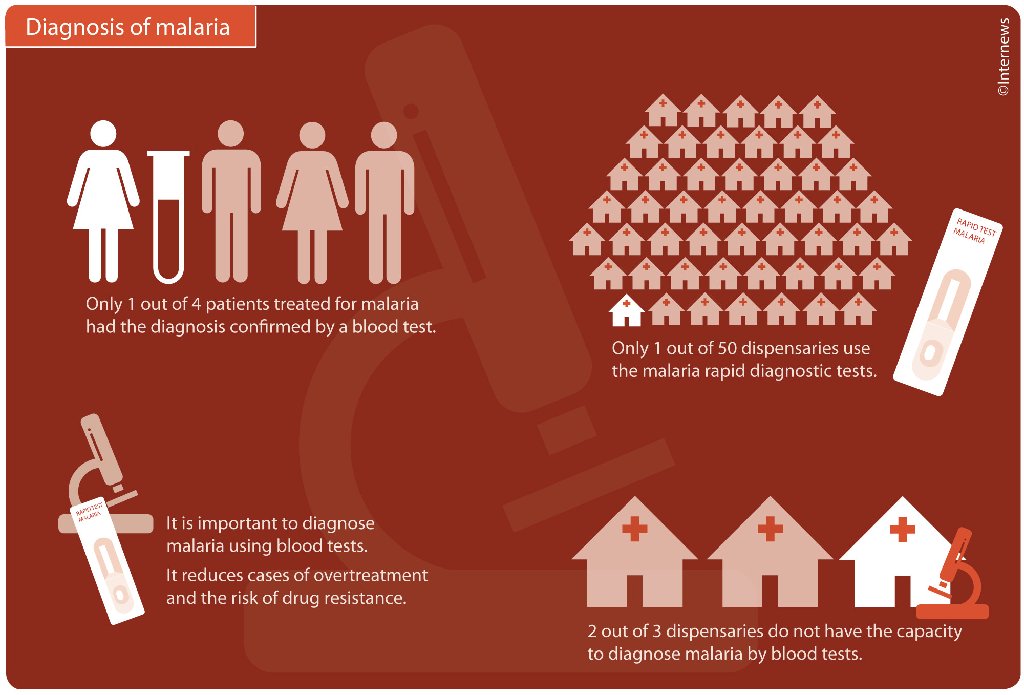 By far the best method of handling malaria is prevention.  The use of mosquito nets which are inexpensive and easy to use, the use of natural mosquito repellants based on plants all help.  The observations show some of the options that have been devised or discovered.  Look under healing.

Here is a link to an inexpensive and apparently effective mosquito trap.

A variety of anti-malarial pharmaceuticals are available and these have their own entry on this website as a number cause hallucinations, amongst other side-effects - one of which is death. Resistance has developed to several anti-malarial drugs, most notably chloroquine.

Severe malaria used to be treated with intravenous or intramuscular quinine, however, from the mid-2000s, the artemisinin derivative artesunate tends to be used more.

On a purely historical note, there is a story that the drink gin and tonic was devised by colonial administrators as a means of taking quinine in a more  palatable way.  As Wikipedia says:

"Tonic water (or Indian tonic water) is a carbonated soft drink, in which quinine is dissolved. Originally used as a prophylactic against malaria, tonic water usually now has a significantly lower quinine content and is consumed for its distinctive bitter flavour. It is often used in mixed drinks, particularly in gin and tonic." 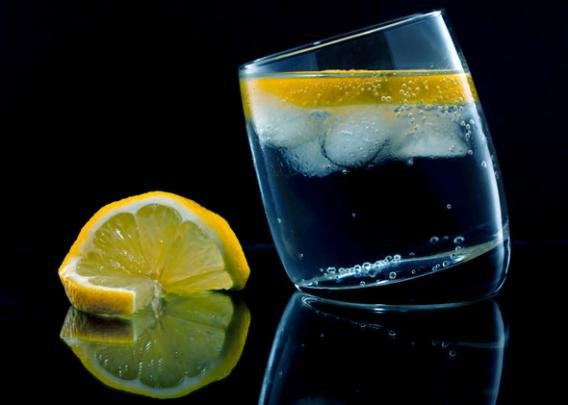 The Imperial Cocktail - How the gin and tonic became the British Empire’s secret weapon.  By Kal Raustiala

...the gin and tonic has a storied history that places it at the heart of the largest empire the world has ever known. Indeed, it is not too much of a stretch to say that the gin and tonic was as essential a weapon for the British Empire as the Gatling gun. No less an authority on imperial power than Winston Churchill once declared, “The gin and tonic has saved more Englishmen’s lives, and minds, than all the doctors in the Empire.”

The story begins with the jewel of the British Empire: India. British India comprised both more and less than modern-day India. More, in that it included large parts of what are today Pakistan and Bangladesh. Less, in that much of India under the British Raj was quasi-independent, in so-called princely states that were nominally sovereign but largely under England’s thumb. India was so important to the empire that in 1876 Queen Victoria added the moniker “Empress of India” to her title. Her successors continued that practice right up till 1948, under George VI (he of The King’s Speech fame).

Controlling India, in short, was central to the British Empire and to Britain’s sense of itself as the world’s leading power. What allowed Britain, a small island far off in the northern reaches of Europe, to rule over the vast semi-continent of India for so long is a subject of some debate. But in Jared Diamond’s famous words, Europe’s military superiority was built on a mix of “guns, germs, and steel.”

Guns and steel clearly favored powers like Britain. These innovations allowed Britain (and other European countries) to deploy weapons such as machine guns at a time when many societies around the world still used swords and spears. But germs were more equivocal. Malaria in particular was a virulent killer of colonized and colonizer alike. While malaria has a long history in Europe, it began to be eradicated in the 19th century, and even earlier it was never as deadly as it was in tropical locations. So as Europeans established colonies in the tropics, they faced a serious and often mortal threat from the mosquito-borne disease. Soldiers and civilian officials alike succumbed to it.

In the 17th century, the Spanish had discovered that indigenous peoples in what is now Peru used a kind of bark to address various “fevers.” Stripped from the cinchona tree, the bark seemed to work well for malaria. The “Jesuit’s bark,” as it was known, quickly became a favored treatment for malaria in Europe. (Before the discovery of the cinchona tree, European malaria remedies included throwing the patient head-first into a bush in the hope he would get out quickly enough to leave his fever behind.)

Eventually it became clear that cinchona bark could be used not only to treat malaria, but also to prevent it. The bark—and its active ingredient, quinine powder—was a powerful medicine. But it was also a powerful new weapon in the European quest to conquer and rule distant lands.

Probably still works if you can find the right tonic water.

The healing observations each describe how it is thought healing works.  In terms of the hallucinations or other experiences [including near death and out of body] which malaria can produce, the primary cause appears to be the  fever and hyperthermia that results.  It produces delirium.