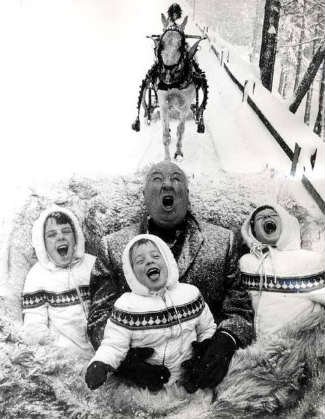 Dementia (taken from Latin, from de- "without" + ment, the root of mens "mind") is a serious loss of cognitive ability. Alzheimer's disease (AD) is the most common and most severe form of dementia. As their causes and effects appear to be almost identical, I am treating them together.  Both are diseases or a degeneration of the brain.

Alzheimers can develop over quite a number of years before it becomes apparent, but once it has been diagnosed the mean life expectancy is about seven years. Fewer than three percent of individuals live more than fourteen years after diagnosis.  In 2006, there were 26.6 million sufferers of Alzheimer’s worldwide. Alzheimer's is predicted to affect 1 in 85 people globally by 2050.  Figures from one European study estimated that about 35 million people have dementia worldwide. They said that figure is likely to double every 20 years, to nearly 66 million in 2030 and 115 million in 2050.  But as much dementia is never identified in countries with poor medical care, this figure can only be a rough estimate. 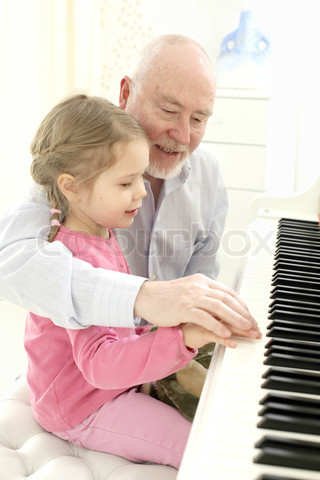 In general medical literature the causes are stated as being 'unknown' although old age is often cited as one simple reason.  This is not entirely satisfactory as a reason, however, as some people survive to their 100s with ‘all their marbles’.  I believe there are numerous causes some of which are starting to emerge from research:

Including Vitamin deficiency , especially vitamin B12, and Mineral deficiency.  There are some papers that also appear to link Dementia with overdosing on Mineral supplements and vitamin supplements

- which has been implicated in a range of brain related conditions.  An observation is provided below, on the link between a whole host of metals and brain damage in general.  It may also be helpful to read the section on lead poisoning and mercury poisoning.

The most recent papers also link Aluminium and brain damage in general .  Although this may result from cans and cooking utensils, it is clear that one major source is vaccines - the adjuvant in many vaccines is an aluminium salt

A vast range of pharmaceuticals and so called illegal drugs have also been linked with both Dementia and Alzheimers.  These include antibiotics, antivirals,  Parkinson's disease drugs, Benzodiazepines,  Epilepsy drugs [especially when mis-prescribed], Anti-psychotics, Immunosuppressants, plus a host of others.  At last the FDA Adverse drug reports are starting to get used to provide people with help to see which pharmaceuticals have been directly implicated in cases of schizophrenia  - see this LINK which provides you with an up-to-date-list from eHealthme of the drugs implicated so far.  The list already runs into over a 1000.

In 2016, eHealthme completely reordered their site.  This meant that every link we had provided to their data no longer worked.  The links to eHealthme may take you to their site but not the relevant section.  Thus you can use the link, but you will need to search under ‘symptoms’ and then use the section ‘drugs causing symptoms’ to get the information.

The table below shows the Adverse Drug Reports submitted by doctors to the FDA - in effect where doctors themselves have recognised the connection, according to eHealthme, the cases of Dementia where pharmceuticals are implicated as the cause were: 20,157 reports from FDA in 2017.

– there are links between organophosphate fertilisers and carbamate insecticides and Alzheimers.

Vaccines can cause brain damage, thus they can also cause Dementia and Alzheimer's disease.  I urge you to read the section on vaccines to understand why, as the reasoning behind the process needs to be understood.  The damage can be via the agent if it is a live virus, or via the excipient.  New evidence has also started to merge that adjuvants based on aluminium are also proving to be a major problem [see paper above].  The aluminium damages the blood brain barrier, thereby enabling toxins or othe pathogens to enter the brain.  Some 'flu vaccines use aluminium adjuvants.  For more details on aluminium follow the link to aluminium poisoning.

- for the reasons explained in this section.  There may be other parasites [cats harbour parasites that can affect the brain] that also cause the problems - see below.

traumatic brain damage such as - concussion perhaps caused by a fall and not diagnosed or noticed, and possibly other unnoticed disease such as cysts or benign tumours, hydrocephalus and encephalitis

- in effect an excess of alcohol intake

- which can cause brain damage.  For example

"The species Chlamydia pneumoniae …. can cause severe respiratory disease and pneumonia and has been linked to chronic diseases such as asthma, atherosclerosis and even Alzheimer's."

- which can also cause brain damage, antibiotics do not help here as they can sometimes compromise the immune system and lay us open to more infections later, see below.

- even dormant viruses can manifest themselves as we get older and cause damage, especially if the immune system is compromised in some way

Alzheimer's disease has so far been definitively  associated with the bacteria Chlamydia pneumoniae and Helicobacter pylori,  and with the protozoan parasite Toxoplasma gondii.  Herpes simplex virus 1 is associated with Alzheimer's disease in individuals who possess the APOE-4 form of the APOE gene (APOE-4 enables the herpes virus to enter the brain).

- see both Hypoxia and Hypoxia side-effects 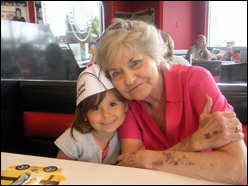 The symptoms vary between people because it depends which parts of the brain degenerate or are destroyed, but the most common symptom is a loss of recent Memory or the inability to acquire new memories.  There can also be language breakdown, then long term memory loss.  The person naturally becomes very distressed about this.  Depending on the type of person this can result in aggression caused by frustration or in a passive form of fear and sadness.  Needlesss to say the person is also frequently confused.

Given that Memory is gradually being destroyed, Learnt function also goes and with it many behavioural functions, so that the person can become almost childlike in their reactions. Unfortunately a 75 or 80 year old person behaving like a child is nowhere near as endearing as a real child and the tantrums and emotional behaviour is often seen as extremely upsetting for those witnessing it.   Again depending on their Personality, in their childlike state they may be naughty, violent, rude, passive and accepting, mischievous, funny and so on.  They revert to the true Personality unaffected by behavioural constraints.

Since they are adults with sexual instincts you may also find that they simply act out their sexual desires, much like a little animal does that has no inhibitions or behavioural constraints placed on it.  A friend for example, developed the habit of lifting women’s skirts, as he passed by, with his walking stick ‘in order to see their knickers’.  He did not do this to my knowledge before dementia took over!

There can also be problems with the Reasoning function, attentiveness, planning, flexibility, and abstract thinking, or impairments in semantic memory (memory of meanings, and concept relationships).

Neither Dementia or Alzheimer’s affect all memory capacities equally. Older memories of the person's life (episodic memory, which may well be Perceptions and not Memory at all), and quite a bit of the learnt function which is not behavioural for example memory of how to do things, such as using a knife and fork to eat, or riding a bike [and more alarmingly knowing how to drive a car] are initially unaffected.

But this can of course be quite a problem for those living with the person.  My mother would ride her bike into town, but forget why she was there.  She would start to cook a meal – correctly – but forget she was cooking and leave things on the stove.  Eventually the vocabulary seems to shrink, but speech is still possible, writing is still possible, but reading is not because the attention span is so short.  Everything after about 5 to 10 minutes is forgotten.

What we can see from the symptoms is that there appears to be a gradual loss of brain cells in the cerebral cortex and most of the loss initially at least appears to be at the front.  See Brain and its functions.  Few people with dementia, for example go blind due to the degeneration of the occipital lobe.

The frontal lobe seems to be the first to go  - the lobe associated with Reasoning,  higher level cognition, and expressive language.

The next to go is the back of the the frontal lobe, near the central sulcus, - the motor cortex. This area of the brain receives information from various lobes of the brain and uses this information to carry out body movements. Once this area has been damaged complex motor sequences become less coordinated as time passes and  the risk of falling increases.

The temporal lobe - The temporal lobes directly interact with the frontal lobes in Learning. Hence there is also some evidence here that the temporal lobes are the next to go.  So during this phase, memory problems worsen, and the person may fail to recognise close relatives.   As such we can see there is a gradually spreading degeneration

Parietal lobe - One of the things I noticed with my mother and also some of the other old people with dementia was that they did not seem to feel pain.  My mother fell out of her bed and broke her hip, but she didn’t realise it and kept on telling us she couldn’t feel it.  At the time we thought this was just my Mum being brave [which was fairly typical of her] but on reflection this may have been due to the degeneration in the parietal lobe - reduced Nervous system function 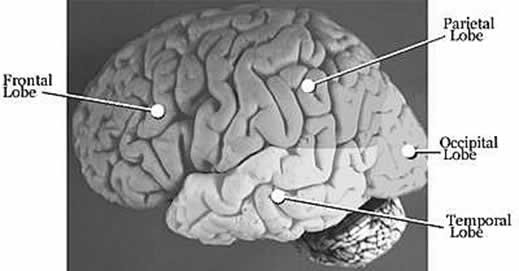 Diagram showing the spread of the degeneration

The medial temporal lobe  -  becomes activated in Memory retrieval and recall. Damage here will wipe out a person's ability to remember

Inferior temporal lobe - the inferior temporal lobe is related to perception processing.  Once the medial temporal lobe is damaged, this takes over.  People with Alzheimer’s and dementia suddenly develop vivid recall of past events.  They can relive complex scenes from their past or early childhood, including hearing conversations, seeing faces, experiencing sensations, and related events - Perception recall

The next stage of degeneration

Once the degeneration and death of brain cells goes beyond the cerebral cortex the person is effectively dying.  What they die of depends on which of the many core processors are affected.

- Approaches based on tackling the cause - for example natural chelating agents for any toxins and metals, foods that are anti bacterial or anti viral, foods that address any vitamin or mineral deficiency.

The natural remedies are covered here, a separate section has been provided for the drugs

Brain damage.  It is inevitable that anyone with dementia or Alzheimer’s will at some stage experience spiritual input.  They will have hallucinations or get inexplicable input but of course be unable to explain it because the ability to reason is also impaired. They will be ‘going home’ very gradually.  Depending on their Personality, and their past perceptions this could be a time of great happiness or sheer horror.

I could have listed hundreds and hundreds here, but this selection will suffice for the time being