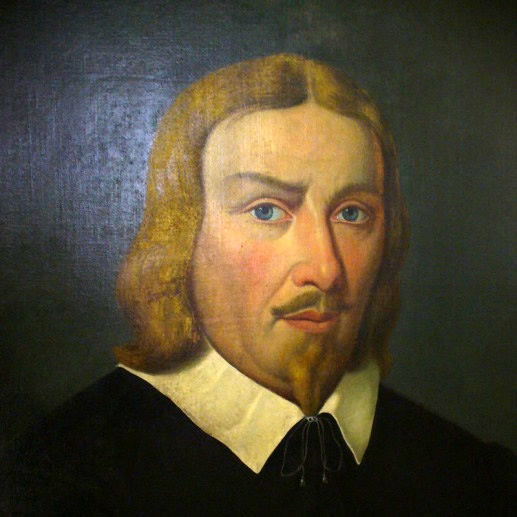 Jakob Böhme (probably 1575 –1624) was a German Christian mystic. His name may be spelled  Boehme, Böhme or Behmen.

Böhme was born in eastern Germany, near Görlitz.  He grew up as a Lutheran and worked as a shoemaker in Görlitz. By 1599, Böhme had his own premises.

That same year he married Katharina daughter of Hans Kuntzschmann, a butcher in Görlitz, and together he and Katharinea had four sons and two daughters.

Böhme had mystical experiences throughout his youth, culminating in a vision in 1600 that he received through observing a beam of sunlight reflected in a pewter dish. Thus his principle experience was achieved via a form of Befuddling the Reasoning system and Sensory deprivation  – gazing at shiny objects.  He was also a person who practised contemplation.  After another vision in 1610, he began writing his first treatise, Aurora, or Die Morgenroete im Aufgang. 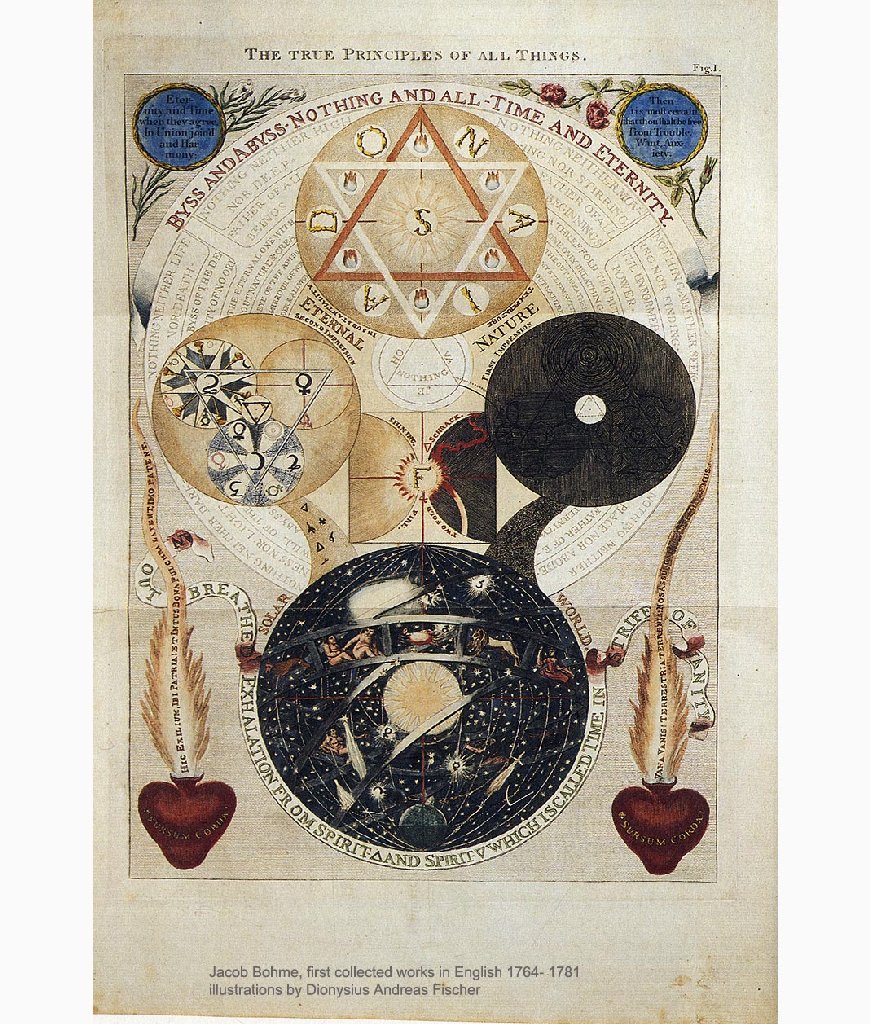 Aurora was circulated in manuscript form until a copy fell into the hands of Gregorius Richter, the chief pastor of Görlitz, who considered it heretical and threatened Böhme with exile if he did not stop writing.

I must tell you, sir, that yesterday the pharisaical devil was let loose, cursed me and my little book, and condemned the book to the fire. He charged me with shocking vices; with being a scorner of both Church and Sacraments, and with getting drunk daily on brandy, wine, and beer; all of which is untrue; while he himself is a drunken man."— Jacob Boehme writing about Gregorius Richter on 2 April 1624.

After years of silence, Böhme's friends and patrons persuaded him to start again, and circulated his writings in handwritten copies. 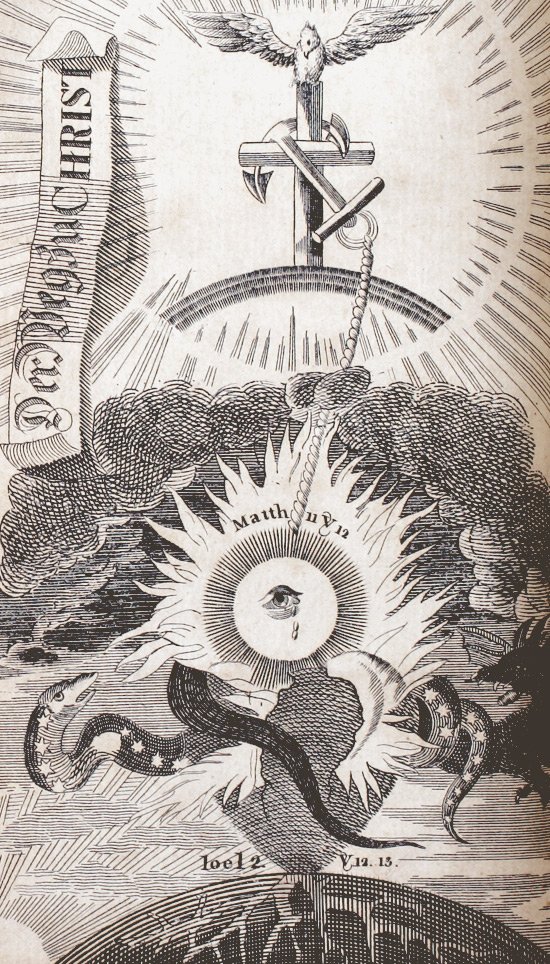 His first printed book, Weg zu Christo (The Way to Christ, 1623), caused another scandal and following complaints by the clergy, Böhme was summoned to the Town Council on 26 March 1624. The report of the meeting was that:

Jacob Boehme, the shoemaker and rabid enthusiast, declares that he has written his book To Eternal Life, but did not cause the same to be printed. A nobleman, Sigismund von Schweinitz, did that. The Council gave him warning to leave the town; otherwise the Prince Elector would be apprised of the facts. He thereupon promised that he would shortly take himself off.

Böhme left for Dresden on 8 or 9 May 1624, where he stayed with the court physician for two months. In Dresden he was accepted  by the professors of Dresden, who in a hearing in May 1624, encouraged Böhme to go home to his family in Görlitz. During Böhme's absence his family had suffered during the Thirty Years' War.

All this sounds a little abstract but we now need to realise what all this meant to a man already highly sensitive and capable of having visions relatively easily.  He suffered humiliation, he was forced to part from his family who consequently suffered so we  have grief and loneliness and we have the added impetus of fear – overwhelming fear. 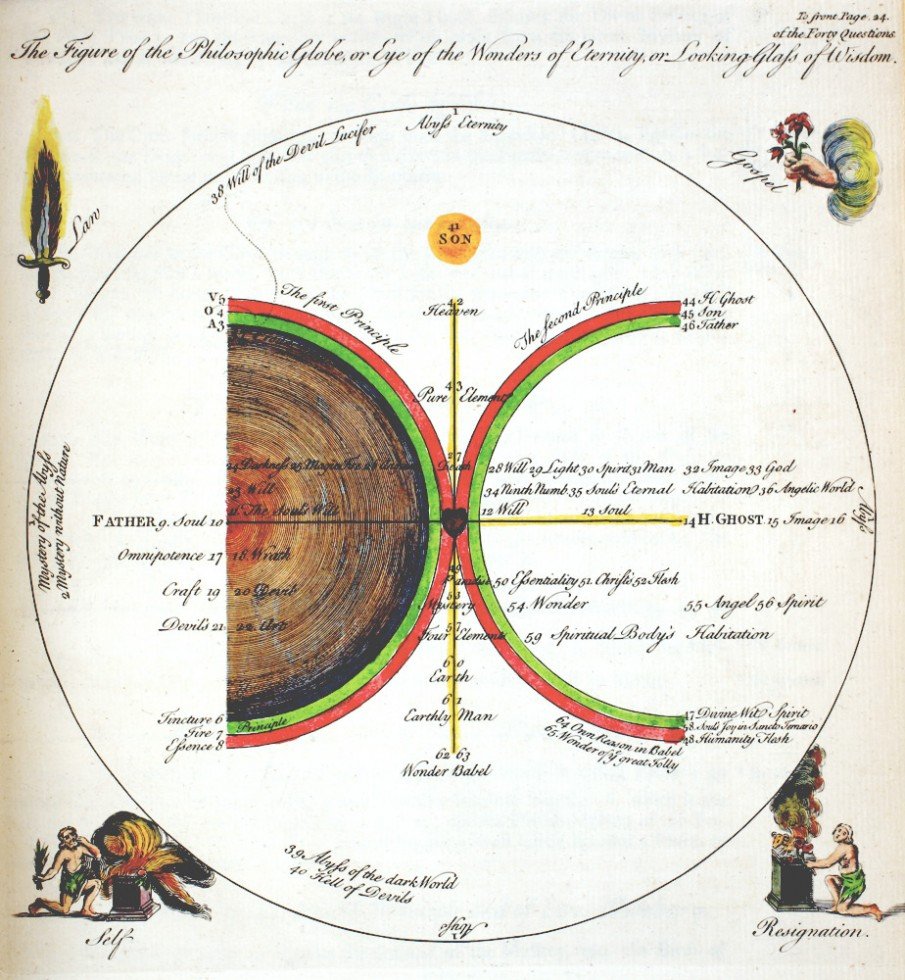 Eye of the Wonders of Eternity

It made him ill, very ill.

Once home, Böhme accepted an invitation to stay with Herr von Schweinitz, who had a country-seat. While there Böhme began to write his last book, the 177 Theosophic Questions. However, he fell terminally ill with a bowel complaint forcing him to travel home on 7 November.

Not even on his death bed would the clergy give him peace.  Gregorius Richter, Böhme's adversary from Görlitz, had died in August 1624, while Böhme was away. The new clergy, forced him to answer a long list of questions when he wanted to receive the sacrament. He died on November 17, 1624 aged only about 49.

What I found fascinating about Böhme, is that he believed that in order to reach 'God' [the spiritual], man has to go through 'hell' first. Now just about every theologian under the sun has misinterpreted this to mean that after we die, hell comes first.  But what Boehme appeared to realise was that you get onto the spiritual path by going through hell when you are living.  Hell is here on earth, hell is depression and grief, abuse and torture, rape and extreme pain, it is loneliness and isolation, it is rejection, unrequited love, tuberculosis, poverty, stress and so on.  It is everything he suffered. 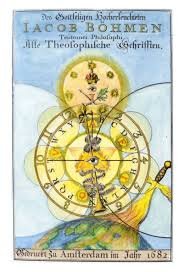 And if you take a glance at all the observations I have collected, that is indeed how the majority of people are flung onto the spiritual path – they go through hell via overload and emerge [although some don't] with spiritual insight.

Some travel on the path much further to become great men and women in their fields, heroes or prophets and co-creators.  So he was right. For reasons I have been unable to understand, the door to spiritual experience needs to be kicked open before we can go through it.

I think Boehme achieved ecstasy, [and maybe more] which is what gave him his insight.

When you are art gone forth wholly from the creature [human], and have become nothing to all that is nature and creature, then you are in that eternal one, which is God himself, and then you will perceive and feel the highest virtue of love. Also, that I said whoever findes [sic] it finds nothing and all things; that is also true, for he finds a supernatural, supersensual Abyss, having no ground, where there is no place to live in; and he finds also nothing that is like it, and therefore it may be compared to nothing, for it is deeper than anything, and is as nothing to all things, for it is not comprehensible; and because it is nothing, it is free from all things, and it is that only Good, which a man cannot express or utter what it is. But that I lastly said, he that finds it, finds all things, is also true; it has been the beginning of all things, and it rules all things. If you find it, you come into that ground from whence all things proceed, and wherein they subsist, and you are in it a king over all the works of God. [The Way to Christ, 1623] 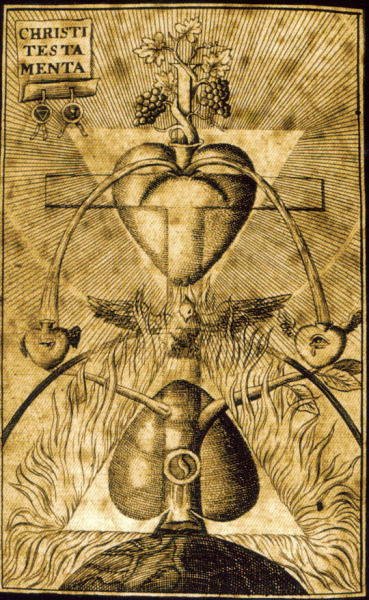 Full of symbols - the tree of life grapes, vines, triangles ....

It is impossible, if you read any theological interpretation of Bohme to get any real sense of what he was talking about.  Occasionally one senses he was not that sure himself.  But institutionalised Christianity has created such an odd inconsistent and stand-alone theology, that when it attempts to force it on writings such as Bohme's the end result is nonsense.  It is simpler to understand his writing in the context of other mystics and here it is of course wholly consistent.

The following says it all  “Bohme was somewhat at odds with Lutheran teachings, with his .... emphasis on faith and self-awareness rather than strict adherence to dogma or scripture”

Böhme's writing again, unsurprisingly, shows the influence of Neoplatonism and alchemy, at least it certainly matches it.  He recognises the levels and layers, is happy to discuss 'fire', and 'earth' and 'water' and 'air', frequently mentions the symbolic planets and even does a little investigation into the correspondences [alternative symbolic names].  Böhme's disciple and mentor, the Liegnitz physician Balthasar Walther, had travelled to the Holy Land in search of magical, kabbalistic and alchemical wisdom, so here we may have a source for some of his ideas.

His legacy was largely taken up by the poets.   Poets such as John Milton, Ludwig Tieck, Novalis and William Blake found inspiration in Böhme's writings. Samuel Taylor Coleridge, in his Biographia Literaria, speaks of Böhme with admiration. Böhme was highly thought of by the German philosophers Schopenhauer and Hegel.  They all understood him.

Jacob Boehme – Aurora
Courteous reader, here I would have you faithfully admonished to let go your opinion….  Nor be offended at the simplicity of the author, for this work comes not from his reason, but from the impulse of the spirit …… all is written by God in my mind, so that I absolutely and infallibly believe, know and see it;  yet not in the flesh, but in the spirit.
It is not to be understood that my reason is greater or higher than that of all other men living; but I am the Lord’s twig or branch and am a very mean and little spark of his; he may set me where he pleaseth, I cannot hinder in that.
Nor is this my natural will that I could do it by my own small ability; for if the spirit were withdrawn from me, then I could neither know nor understand my own writings. 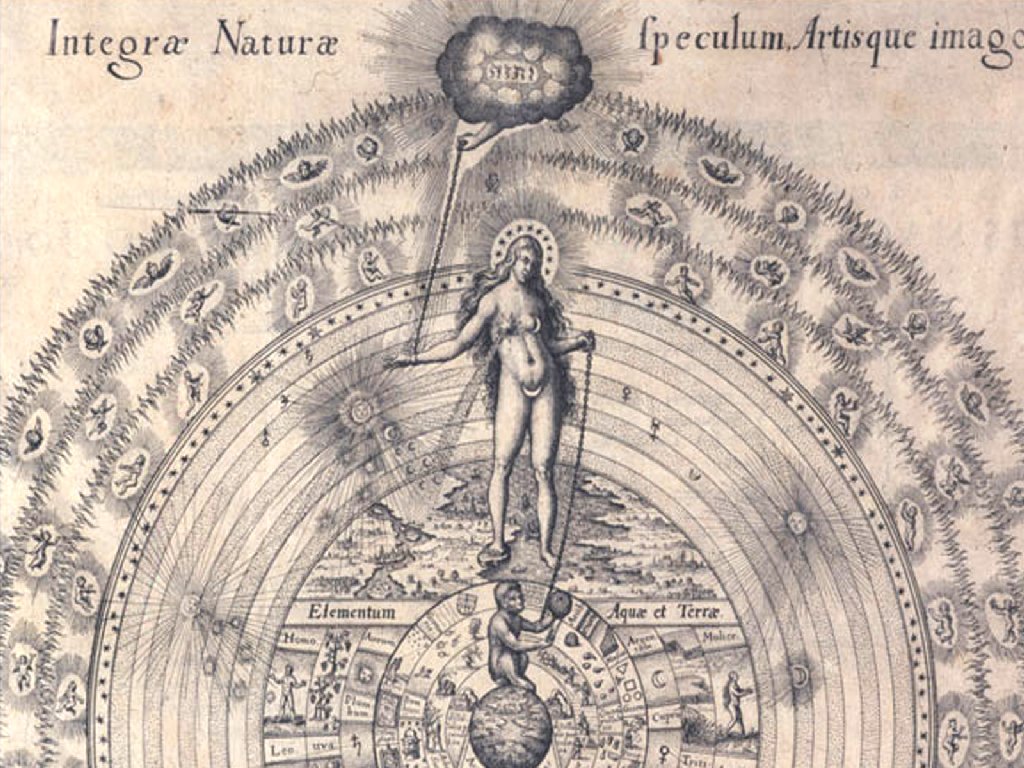 In this short life, Böhme produced an enormous number of works, including his major works De Signatura Rerum and Mysterium Magnum. Böhme's full works were first printed in 1730.