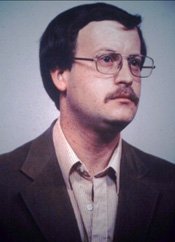 David Scott Rogo (February 1, 1950—August 18, 1990) was a writer, journalist and researcher on subjects related to parapsychology.

He served on the graduate faculty of John F. Kennedy University in Orinda, California and worked as a visiting researcher at the (former) Division of Parapsychology and Psychophysics of Maimonides Medical Centre in Brooklyn, New York, as well as the Psychical Research Foundation in Durham, North Carolina.

He wrote over 20 books on the paranormal, and he was a consulting editor for Fate magazine, for which he wrote a regular column.  He also investigated hauntings and poltergeist cases and authored many books and articles on this subject.  Scott was also a leading authority on the history of psychical research, with a great breadth of historical knowledge of the field. 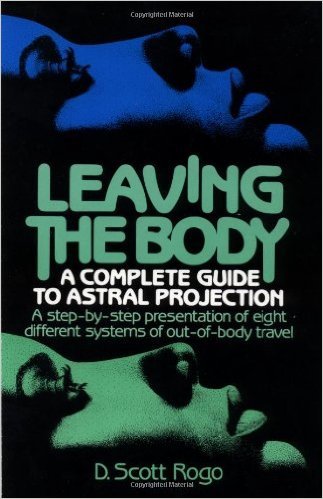 Rogo was an accomplished Out of Body traveller himself and he published a number of ‘self-help’ books on the subject.

We have used his book Leaving the Body: A Complete Guide to Astral Projection [1983] as the source for our observations, as it has the advantage that he both describes his own experiences, but also says how he achieved them, occasionally in very helpful detail.

Born in Los Angeles, California and educated at the University of Cincinnati and San Fernando Valley State College (now California State University, Northridge; he graduated in 1972.

His B.A. was in music; Rogo played the oboe and the English horn, and for two years played professionally with the San Diego Symphony and other ensembles. 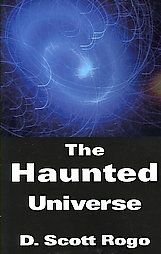 Rogo was open minded on the question of survival of consciousness after death, he wrote that he was "favourable to the survival notion" he was however skeptical about some of the phenomena involved in psychical research.

Thus he was closer to the skeptics than the unquestioning believers, his main motive for investigative journalism being to want to find out why these things happened and how.

Despite the fact that some people [after his death when he had no chance to respond] accused him of being too easily led and too easy to believe, that is not at all how his books read. He just preferred to believe that people told the best ‘truth’ they could in difficult circumstances.  That they did not lie because they had no motive to lie, but sometimes the experiences defied words. 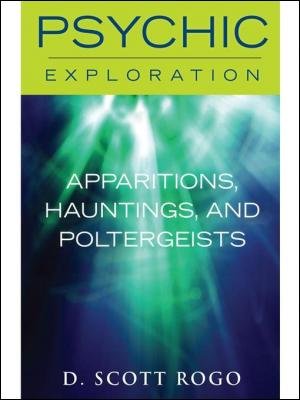 In his book The Haunted Universe (1977), for example, Rogo hypothesized that strange phenomena such as flying saucers and Bigfoot are really psychic projections that are produced by the minds of the observers themselves – either hallucinations or visions in other words; so spiritual experiences as opposed to physical experiences.

Rogo was murdered in 1990 at the age of 40. He was last seen alive on August 14, 1990. He was found stabbed to death in his home by police on August 16. There were no signs of a struggle although a number of Rogo's personal items were missing and his wallet was empty. The police later arrested a 29-year-old Hispanic man, John Battista. 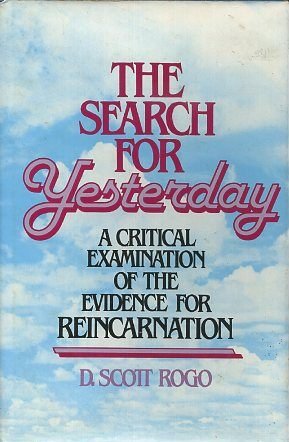 After an initial mis-trial, he was tried and convicted of Rogo's murder in 1992. After lengthy appeals, his conviction was later overturned, due to prosecutorial misconduct, in 1996. His killer is still unknown and the case remains open.

In his memory, the Parapsychology Foundation established The D. Scott Rogo Award for Parapsychological Literature in 1992 to benefit authors working on manuscripts pertaining to parapsychology.