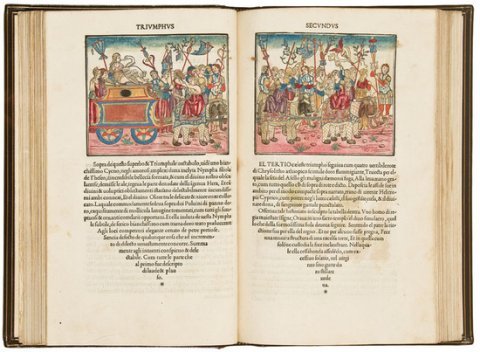 The Hypnerotomachia Poliphili was written by Francesco Colonna, a Dominican friar, in the 16th century.  The book describes the allegorical journey of the spiritual traveller  - the spiritual path - and in the course of the book just about every symbolic spiritual feature is incorporated into the story.

Poliphilo, the hero of the story, is attempting a journey to heaven in his dream, in order to find Polia, superficially the lady he loves but at a deeper level the Feminine to his Masculine and the route to his Higher spirit and the Mystic marriage.  It is also an allegorical journey based on the principle - Know Yourself. 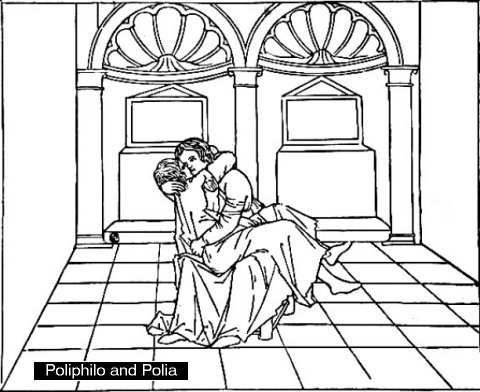 He encounters the forest of thorns, the stream of spiritual energy, fountains, tunnels into the heavenly realm, dragons in the tunnel, groves of trees, portals, columns, various symbolic animals, paths, castles, palaces, queens, gods and goddesses.  Anyone wishing to read a story that combines all the symbolic landscape features found in the spiritual realm need look no further – and it is a very enjoyable book.

As I attempted to list all the symbols incorporated by Francesco in each of his woodcuts and his text, it occurred to me that he has the honour of being the first Surrealist.  The Surrealist painters took groups of symbols and created surreal pictures out of them.  Francesco took a whole host of symbols and created both a word picture and a woodcut from them.  At times, the text bristles with so many symbols it is almost impossible to list them all.  I couldn't help but try to imagine this jolly friar with his obvious sense of fun and his very sure grasp of the symbols he was using.  Many of the symbols have both a simple and a sexual meaning and he must have known this - a very jolly friar.

Poliphilo is driven by love, love is essentially the reason for living and this permeates the whole book.  And it is probably what motivated and drove our jolly friar too, though this would be pure speculation on my part.

I have used the excellent translation by Joscelyn Godwin for the observations.  The woodcuts in the observations are from the book and are now freely available on the Internet from a number of sources including the publisher of Joscelyn's book.