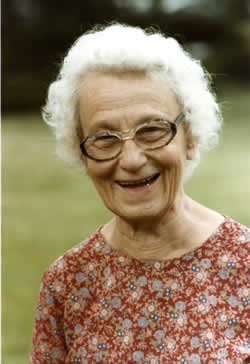 Dora van Gelder Kunz (1904 –1999) was an American writer and healer.  My interest in her stems not from her books, but from the study done on her by Dr Shafica Karagulla in her book Breakthrough to Creativity.

Dr Shafica Karagulla, born in the Lebanon but whose research took her to the USA and the UK,  was a neuro-psychiatrist who spent eight years researching ordinary people who appeared to have extraordinary abilities.  She started off being a skeptic as most scientists are [including me], but over time the evidence seemed overwhelming and she set up a research project to find out more.  What brought her into the area was a book about Edgar Cayce, what kept her going was an open mind and an insatiable curiosity.  Where she is remarkable is that she had no experiences of her own to confirm her eventual conclusions,  but like all the very best scientists, forgot her own life and concentrated on the observations and evidence.

Her research subjects were carefully chosen.  She rejected all those who claimed they had these abilities, but instead by a laborious process of enquiry and referral, managed to find those who carried on normal professions and who never talked about their abilities but just used them.

One of those people was Dora - called Diana in Dr Karagulla’s book in order to protect her anonymity.  Dora could ‘see’ illnesses in great detail in a patient using the energy field of the person.  She could see the aura and the chakras as well as the meridians. As you will see from the observations, Dr Karagulla made absolutely certain that Dora was genuine by including a number of tests where neither she nor Dora knew the illnesses of the patients in advance, but Dora/Diane was asked to describe the image she saw of the patient.  There was no ‘diagnosis’ because Dora/Diane was not a doctor, but she described in great detail everything she saw wrong with the energy field of the patient.  She was always right.

Eventually she and Dr Karagulla co-wrote a book The Chakras and the Human Energy Field 1989.

Where did Dora get her skills?

Dora van Gelder was born at a Dutch camp called Tjeweng located about five kilometers south of Djombang city situated in the Dutch East Indies, which at that time was a Dutch colony and today is known as Java. There she was raised at her father’s estate, a sugar cane plantation. Her skills were inherited.

Dora's maternal grandfather was half Austrian and half Chinese and was himself gifted.  Dora's mother was gifted.  One of Dora's brothers was gifted and a healer, the other brother was a chemist and used his gifts in making 'scientific discoveries', for which he submitted a number of patents.  Dora's maternal grandmother was Dutch and extremely gifted, she used dreams as a method of helping her establish a business in batik; the dreams showed her which plants and herbs to use for the dye and gave her ideas for the patterns.  Her parents were also interested in Oriental philosophy and literature.  They had  a special room dedicated to 'meditation' which was described as serene, unfurnished, blue in colour with mats on the floor.  Here the entire family sat for meditation every day.  At the beginning of each meditation session one of the family would read an extract from one of the ancient texts such as the Bhagavad Gita.

From her early childhood she was able to see spirit beings [as many children can] without realising that this was considered abnormal by the adults round her.  But what is perhaps more interesting is that her family made sure she did not lose those skills,  she was sent at an early age to a school where the gifts were recognised and helped and she was instructed by the then-Anglican clergyman C. W. Leadbeater how to use and refine them. 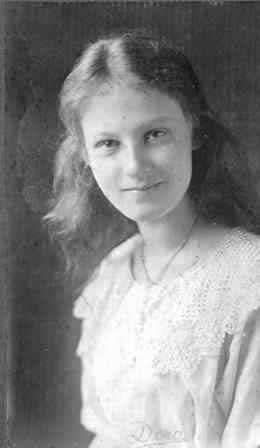 Through Leadbeater, she met Fritz Kunz, and in 1927, at the age of twenty-two, Gelder and Kunz married and moved to the United States where her American husband became the principal of a scholastic foundation and she became president of a corporation related to “pedagogic supplies”.  I’m not entirely sure what this means [I thought at first it was a posh way of saying she sold shoes, sorry a joke] because Pedagogy is the science and art of education. Its aims range from the full development of the human being to skills acquisition.

Eventually she decided to capitalise on her skills and co-developed a programme with Dr Dolores Krieger, a nursing professor at New York University, whose objective was to ‘promote healing, relaxation and lessen pain'.

‘Therapeutic touch’ is now taught in about eighty colleges and universities in the U.S., and in more than seventy countries.

Kunz always used her skills to help people.  For example, she often helped doctors with complicated medical cases, in particular aiding in diagnosis.  She was also able predict some illness as many as eighteen months before symptoms manifested themselves.  You will see some examples in the observations.