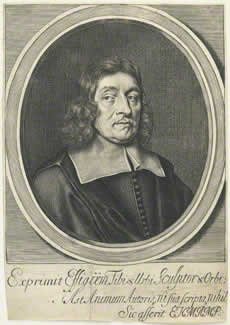 John Pordage (1607–1681) was an Anglican priest, astrologer, alchemist and Christian mystic. He founded the 17th century English ‘Behmenist’ group [followers of Jakob Böhme] which would later become known as the Philadelphian Society when it was led by his disciple and successor, Jane Leade.

He was not a particularly robust man, being unhealthy, emotional, sensitive, sincere and kind [so very ‘right brained’].  Jane Leade's son-in-law, spoke of Pordage's devoutness and sincerity, maintaining that 'his conversation was such as malice itself can hardly except against'. He was not, however, “a man of robust intellect; his insight into Böhme's writings was feeble, and his theosophy was of the emotional order”.   He was married twice.  His first wife Mary (Lane), died in 1668 when he was 61. His second wife was Elizabeth.  He had a number of sons and daughters one of whom -  Elizabeth - died in 1663.

So his life was not without trauma and he had the most terrible time with the Anglican  Church ‘fathers’.

Initially Pordage was curate in charge of St. Lawrence's, Reading, Berkshire, in 1644, and by 1647 was rector of Bradfield, Berkshire, a living in the gift of Elias Ashmole, who thought highly of his astrological knowledge.

But Pordage stepped out of line.  He set up a 'family communion', whose members 'aspired after the highest spiritual state through visible communion with angels'. In effect they sought spiritual experience directly.

And they got it, in great droves.  And something like that cannot be hidden away.  His family communion spoke about it as did his servants, some of whom supported him, some of whom seem shocked.  One of his maid-servants, for example, described many stories about spirits, but also “bore witness to the purity and piety of the family life”.

He was eventually charged before the ‘Committee for Plundered Ministers’ with heresies comprised in nine articles.  His Anglican accusers charged him with ‘mystical pantheism’. On March 27, 1651, the committee acquitted him on all counts.

But the institutional clergy would not let him be.  On September 18, 1654, he was summoned to appear on October 5 before the county commissioners (known as 'expurgators') at the Bear Inn, Speenhamland, Berkshire. The nine articles were revived against him at the instance of John Tickel, a Presbyterian.

The inquiry was successively adjourned several times, fresh articles being from time to time brought forward against him, until there were fifty-six, in addition to the original nine. Most of them dealt with unsubstantial matters of personal gossip; the accusation of ‘intercourse with spirits’ was pressed (from October 19) by Christopher Fowler.

By November 30, Pordage was too ill to appear; the inquiry was adjourned to December 7. On December 8 the commissioners ejected him as 'ignorant and very insufficient for the work of the ministry'.

He had to leave the rectory by 1665 aged 58 -  a terrible blow to someone who had no other job or income. 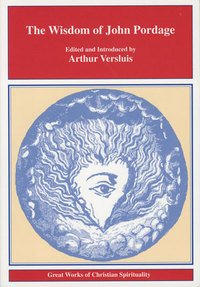 So we have here a man whose intellect was not particularly strong, with a low ego, highly emotional, unhealthy, whose daughter dies during a period of terrible strain and who was persecuted for most of the time he was a minister for trying to experience heaven directly.  With this cumulative baggage it would have been surprising if he hadn’t had spiritual experiences.  So what do I think were the main contributors – apart from the fact he was naturally gifted with high emotion and low intellect?  Probably Grief, Being Constantly Criticised, Humiliation and Insecurity

At the Restoration, Pordage was reinstated. He died in 1681.

Practically all his books describe what he ‘saw’ in those mystical journeys as well as his interpretation of them.

In "Theologia Mystica", for example,  Pordage describes a spiritual journey through the Boehmean cosmology of the three worlds of the "Dark-Fire" or wrath-world, the "Fire-Light" or severe world of common human experience, and the "Light-Fire World" or paradise.