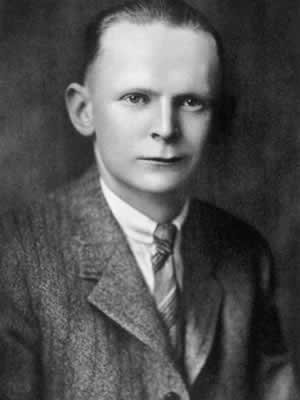 Sylvan Muldoon, an American living in the early 1900s, had his first OBE when he was 12 years old and experimented with them for the rest of his life.  He found plenty of books on other people’s experiences, but nothing on how people obtained them and so he set about trying to deduce from his own observations what it was he was doing that made them happen.

He was aware of many of the mechanisms that worked in a general and often involuntary sense – fasting, illnesses of various kinds, but he found it extremely difficult trying to pin down what it was he was doing ‘right’ when he experienced his own OBEs and what he was doing ‘wrong’ when he didn’t succeed.

Eventually, he came up with a number of theories of which visualisation was just one.  In 1927 he contacted Hereward Carrington after reading a book Carrington had written on astral projection.  In the letter he writes:

What puzzles me most is that you make the remark that M. Lancelin has told practically all that is known on the subject. Why, Mr Carrington, I have never read Lancelin's work, but if you have given the gist of it in your book, then I can write a book on the things that Lancelin does not know!

This resulted in a partnership and work on The Projection of the Astral Body, which was published in 1929.

Many of the modern books which have come out are based on Muldoon’s descriptions.  Many, very sadly, neither give him credit for the techniques, nor do the people who write about it sound as if they have personal experience of the techniques working.