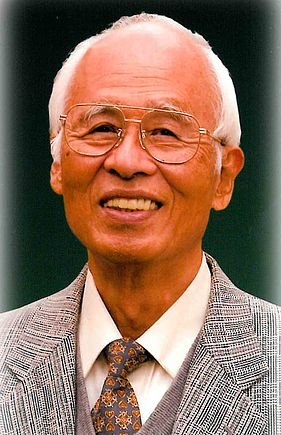 Dr Hiroshi Motoyama (born December 15, 1925; died September 19th, 2015, at the age of 89)  was a Japanese healer, psychologist, teacher, philosopher, scientist, spiritual instructor and author whose primary topic was ‘spiritual self-cultivation’ and the relationship between the mind and the body.

Dr. Motoyama was the author of over 50 books (Japanese and other languages) and numerous monographs and papers, some of which are listed below.

He was a fascinating man being both a scientist, and a philosopher /psychic who gained considerable philosophical wisdom by ‘revelation’ – actual spiritual experiences. He was the head Shinto priest of the Tamamitsu Shrine in Tokyo, and a yogi well-versed in the yoga treatises.

In recognition of his important work in the field, he was awarded the McDougall Research Fund Award from Duke University in 1962 and recognized as an “ordinary academician” by the Instituto di Cultura Universitaria e di Studi Superiori, Academia Tiberina in 1977.  He was awarded the Dr. J. B. Rhine Biennial Research Award in 1996. 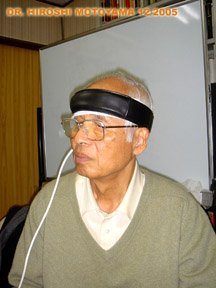 Dr. Motoyama graduated from the Tokyo University of Literature and Science with Ph.D. degrees in Philosophy and Physiological Psychology.  He was also awarded a “prestigious prize” for his work in the comparative study of Eastern and Western mysticism.

As a consequence of his scientific research into the psychology of spiritual experiences, he established the Institute for Religious Psychology, a research facility (1960), and the International Association for Religion and Parapsychology, an international organization whose members are not only composed of scientists in these and related fields, but are from many other professions (1972). He also founded the Motoyama Institute for Life Physics in 1990.

In 1980, he established the Motoyoma-Bentov Fund Research Fellowship to assist scientists who wish to study human existence in its holistic sense.  In 1992, he established the California Institute for Human Science which has as its objectives [and here we quote]:

Dr. Motoyama established CIHS in the belief that this project is important for the realization of a global society – one which will require individuals with mental and spiritual capabilities.

One of Dr Motoyama ‘s  principle interests was in what he called ‘energetic medicine’ – a synthesis of Eastern and Western medicine, a field that combined oriental medicine, computing and electrical engineering.  One of his aims was concerned with elucidating the nature of religious experience, including healing, and the existence of ‘subtle energies’ using scientific methods.

To aid in this he built two machines: one to measure the ‘ki/qi’ energy in the meridians (the AMI machine) and another to measure the energy of the chakras or energy centres of the body (The Chakra instrument).  The AMI instrument is in use in some American and many Japanese medical institutions as a diagnostic tool and for research into health and disease

One day, about 25 years ago, I was invited by a visiting professor to his university in India where we examined, using EEG and so-on, Yogis and T’ai Chi Chuan masters. I think all the hard work we did gave me a stomach ulcer, partly because during the spiritual consultations I did with many people I used only the Manipura (solar plexus or Hara) chakra, which connects to the stomach meridian.  After my stay in India I thought perhaps my investigations of such an idea of prana or ki energy were wrong, as we cannot measure or detect these energies with traditional medical instruments. So I decided to develop a new machine. I had studied electronic engineering while at the naval academy and at university, so now I was able to build a circuit to make a new machine to find a way of detecting the ‘body fluid function’. That is the history of the AMI, which stands for Apparatus for measuring the functioning of the Meridians and their corresponding Internal organs.

…. My other machine is the chakra machine which was developed two-to-three years after completing the AMI machine. By directing energy from the subtle energy centre of the chakra the surrounding electromagnetic environment can perhaps be changed. Also the lower body has a kind of static potential which disappears when energy is discharged from the body. So, in a completely dark room, insulated from physical energies from outside, a person with psychic ability can direct energy via their awakened chakra and produce light and we can detect this light and its direction. The instrument to detect this light and the changes in the electromagnetic field is called the chakra machine. This machine’s first aim was to register light or psychokinetic power and to see if it could influence an electrical atmosphere, or whether a person can produce light or not. 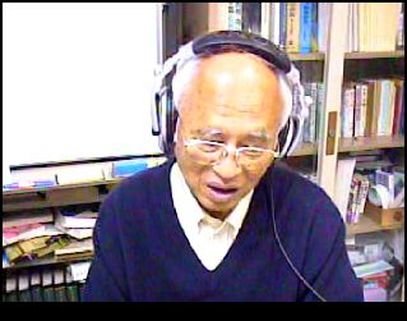 Dr Motoyama was partly motivated to develop these machines as a consequence of his experiences as a young lecturer in science at Tokyo University.  He had had many experiences of the 'flow of vital energies' during his yoga exercises that he could physically feel around the meridians [energy channels], an experience he described as “some vital energy like water and heat going around my body”.   Unfortunately, when he tried to explain the idea of meridians or energy channels to his students, all he received was either scepticism or bafflement.  He realised that using logical arguments only, was not going to work, so he decided the only way was to show them with machines.

The first time he measured this type of body function was with the EEG Electroencephalogram or ECG Electrocardiogram methods used in traditional Western medicine, but it is very difficult to detect such energy using these sorts of machines.  Western medicine can ‘catch’ only the nervous or muscle tension in the form of electricity, electrical potential or active potential in the nerves.  And so the idea of the AIM and Chakra machines was born.

Dr. Motoyama's system for producing spiritual experiences was based on his own version of ‘meditation’, and combines a number of techniques.  The practises Dr Motoyama used are a mixture of many methods taken from Shinto itself, the Yoga Sutras of Patanjali, the Buddhist Jhānas and the Mahayana approaches to Śūnyatā amongst others.

From Near Death Experiences by Ornella Corazza

For millennia, Eastern cultures have tried to experience OBEs as a result of states of deep meditation Interested in the phenomenon, in 2004, while I was a member of the 21st century Centre of Excellence on Death and Life Studies at the University of Tokyo, I was invited to a panel discussion with Hiroshi Motoyama, who is well known in Japan as a visionary and healer.  Motoyama [was at this time] a priest in a Shinto shrine in Tokyo as well as President of the California Institute for Human Science.

I remember I was amazingly surprised to find out that he regularly practises meditation starting at 3 in the morning until 10 in the morning or noon, or sometimes all day long, without skipping a day. This practice enabled him to learn how 'to exit his body at will'. But this is of course not without an effort. According to him: 'Each session of meditation is comparable to a situation where a samurai warrior stakes his life in a sword duel. It is an extremely difficult task to overcome one's self while withstanding the sensation of pain and discomfort.'

Dr. Motoyama uses the term "basho" to describe the spirit world and the term basho-being is someone who has attained a godlike state by completely annihilated themselves. Thus, basho-being is roughly synonymous with "buddha"