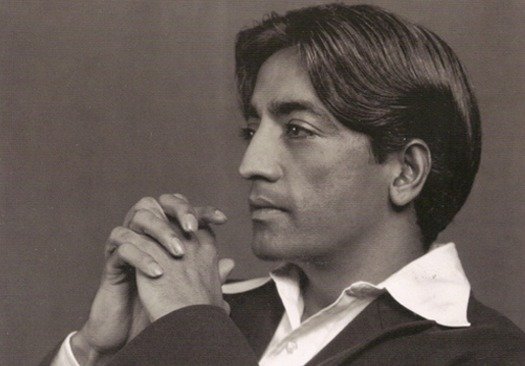 J Krishnamurti (1895 –1986) was an Indian born speaker and writer on philosophical and spiritual subjects.

He was born into a Brahmin family in what was then colonial India. Despite this, he later claimed allegiance to no nationality, caste, religion, or philosophy, and spent his life traveling the world, speaking to large and small groups and individuals. He authored many books, among them The First and Last Freedom, The Only Revolution, and Krishnamurti's Notebook. Many of his talks and discussions have been published. His last public talk was in Madras, India, in January 1986, a month before his death at his home in Ojai, California.

Krishnamurti contracted malaria early in his life and suffered  recurrent bouts of the disease over many years. A sensitive and sickly child, "vague and dreamy," he was often taken to be mentally retarded, and was beaten regularly at school by his teachers and at home by his father. In memoirs written when he was eighteen years old, Krishnamurti described psychic experiences, such as "seeing" his sister, who had died in 1904, and his mother, who had died in 1905. During his childhood, he developed a bond with nature that was to stay with him for the rest of his life. 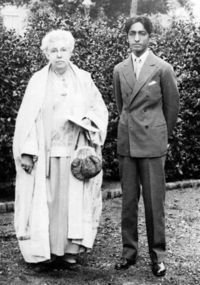 Early in his life, Krishnamurti was nurtured by members of the Theosophical Society in Adyar. Leadbeater and a small number of trusted associates undertook the task of educating, protecting, and generally preparing Krishnamurti. Despite his history of problems with schoolwork and concerns about his capacities and physical condition, the fourteen-year-old Krishnamurti was able to speak and write competently in English within six months. Krishnamurti came to view his "discovery" as a life-saving event. Often, he was "asked in later life what he thought would have happened to him if he had not been 'discovered' by Leadbeater. He would unhesitatingly reply, 'I would have died'." 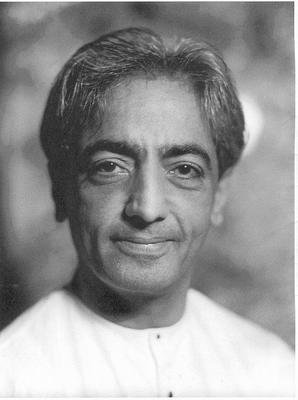 A  daily program was provided by Leadbeater, which included “rigorous exercise and sports, tutoring in a variety of school subjects, Theosophical and religious lessons, yoga and meditation, as well as instruction in proper hygiene and in the ways of British society and culture”.

However, as he was growing up, Krishnamurti showed signs of adolescent rebellion and emotional instability, chafing at the regimen imposed on him, visibly uncomfortable with the publicity surrounding him, and occasionally expressing doubts about the future prescribed for him.

Krishnamurti and his brother were taken to England in April 1911. During this trip Krishnamurti gave his first public speech. His first writings had also started to appear.   Between 1911 and the start of World War I in 1914, the brothers visited several other European countries, always accompanied by Theosophist chaperones.  Meanwhile Krishnamurti had for the first time acquired a measure of personal financial independence, thanks to a wealthy benefactress.

The parting shows Krishnamurti to be
left handed

In 1922 Krishnamurti and Nitya travelled from Sydney to California. While in California, they stayed at a cottage in the Ojai Valley. It was at Ojai in August and September 1922 that Krishnamurti went through an intense, "life-changing" experience. This has been variously characterized as a spiritual awakening, a psychological transformation, and a physical conditioning. The initial events happened in two distinct phases: first a three-day spiritual experience followed, two weeks later, by a longer-lasting condition that Krishnamurti and those around him would refer to as the process; this condition would recur, at frequent intervals and with varying intensity, until his death.

According to witnesses, it started on 17 August 1922, with Krishnamurti complaining of sharp pain at the nape of his neck. Over the next two days, the symptoms worsened, with increasing pain and sensitivity, a loss of appetite, and occasional delirious ramblings. He seemed to lapse into unconsciousness, but later recounted that he was very much aware of his surroundings, and that while in that state had an experience of mystical union. The following day the symptoms and the experience intensified, climaxing with a sense of "immense peace." 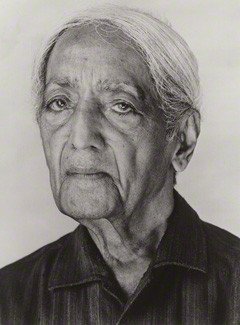 Following, and apparently related to, these events, the condition which came to be known as the process started to affect him, in September and October of that year, as a regular, almost nightly occurrence. Later, the process would resume intermittently with varying degrees of pain, physical discomfort and sensitivity, occasionally a lapse into a childlike state, and sometimes an apparent fading out of consciousness explained as either his body giving in to pain, or as him "going off."

According to biographer Roland Vernon:

The process at Ojai, whatever its cause or validity, was a cataclysmic milestone for Krishna. Up until this time his spiritual progress, chequered though it might have been, had been planned with solemn deliberation by Theosophy's grandees. ... Something new had now occurred for which Krishna's training had not entirely prepared him. ... A burden was lifted from his conscience and he took his first step towards becoming an individual. ... In terms of his future role as a teacher, the process was his bedrock. ... It had come to him alone and had not been planted in him by his mentors ... it provided Krishna with the soil in which his newfound spirit of confidence and independence could take root. 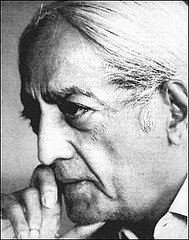 Over the next few years, Krishnamurti's new vision and consciousness continued to develop. New concepts appeared in his talks, discussions, and correspondence, together with an evolving vocabulary that was progressively free of Theosophical terminology. His new direction reached a climax in 1929, when he rebuffed attempts by Leadbeater and Besant to continue.  Krishnamurti:

I maintain that truth is a pathless land, and you cannot approach it by any path whatsoever, by any religion, by any sect. That is my point of view, and I adhere to that absolutely and unconditionally. Truth, being limitless, unconditioned, unapproachable by any path whatsoever, cannot be organized; nor should any organization be formed to lead or coerce people along a particular path. ... This is no magnificent deed, because I do not want followers, and I mean this. The moment you follow someone you cease to follow Truth. I am not concerned whether you pay attention to what I say or not. I want to do a certain thing in the world and I am going to do it with unwavering concentration. I am concerning myself with only one essential thing: to set man free. I desire to free him from all cages, from all fears, and not to found religions, new sects, nor to establish new theories and new philosophies. 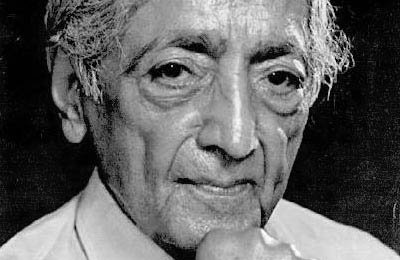 Krishnamurti spent the rest of his life holding dialogues and giving public talks around the world on the nature of belief, truth, sorrow, freedom, death, and the quest for a spiritually fulfilled life. He accepted neither followers nor worshippers, regarding the relationship between disciple and guru as encouraging dependency and exploitation. He accepted gifts and financial support freely offered to him by people inspired by his work, and continued with lecture tours and the publication of books and talk transcripts for more than half a century. He constantly urged people to think independently, and he invited them to explore and discuss specific topics together with him.

Krishnamurti died of pancreatic cancer on February 17, 1986, at the age of 90. His remains were cremated and scattered by friends and former associates in the three countries where he had spent most of his life: India, England, and the United States of America. 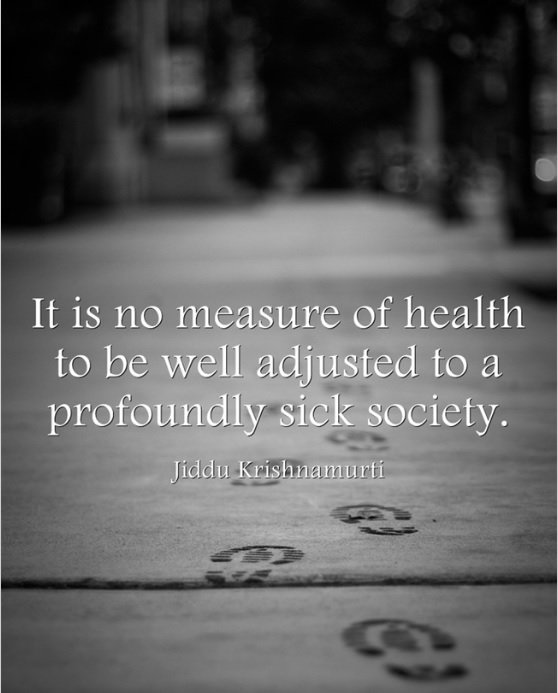 The bibliography of Krishnamurti is enormous, but includes some especially notable collaborative works:


The Krishnamurti Foundation is in the process of publishing a cohesively edited collection of the entire body of Krishnamurti's works. It is estimated that the Complete Works will run to over 50 volumes of print media, and will be released in other formats, including online.