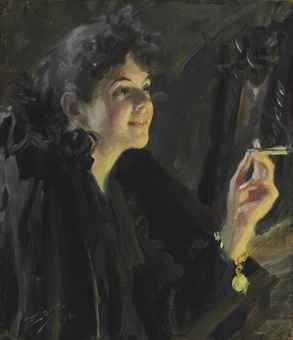 Eva Hellstrom, born on September 26, 1898, in Stockholm, Sweden was the Founder in 1947 of the Sällskapet för Parapsykologisk Forskning, [Swedish Society for Parapsychological Research]. She died in 1986.

Until 1968, Hellstrom served as the Society's secretary and general manager.

She also started the John Bjorkhems Minnesfond Foundation, which she hoped would be devoted to initiating parapsychological research in Swedish universities.  She was educated at Djursholm College, Sweden and spent most of her life in Stockholm.

Hellstrom became a member of the Society for Psychical Research, in London, and a charter member of the Parapsychological Association. Her interests included mediumship, psychokinesis, and psychometry, and she studied the work of various Swedish, Dutch, and Danish mediums.

She was herself a clairvoyant and manifested faculties of precognition.  Hellstrom had many anomalous experiences over the years, primarily in the form of precognitive dreams and what she referred to as visions.

The scientific approach to the recording of her experiences

What marks Eva out as a psychic was that she devised an entirely scientific way of both recording the visions and dreams she had and analysing them.

The observations we have included below were all recorded using this approach and were taken from her diary by Herbert Greenhouse and used in his book Premonitions.  The entries were generally witnessed by her husband Bo Hellstrom and by other witnesses.

Greenhouse’s interest was that he noticed that the events that many people with precognitive ability were able to ‘see’ had an emotional link with some aspect of the people’s lives.  In other words, if the person had been nearly drowned as a child, they were particularly good [as was Gerard Croiset] at ‘seeing’ people and especially children who had been lost and drowned.  Thus extremely strong emotion – usually fear and terror, occasionally anger, provided the functional link to other perceptions in the spirit realm. 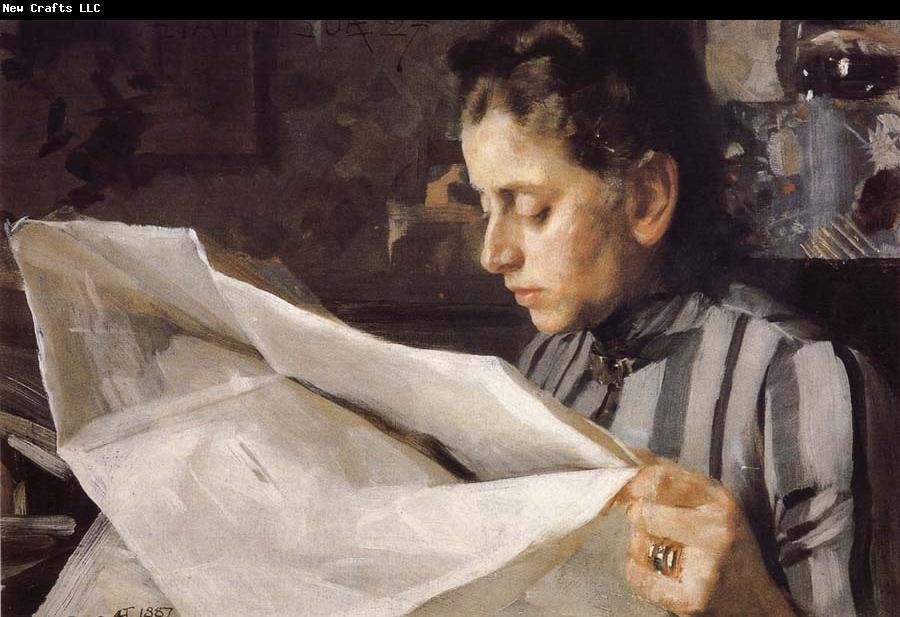 Method used to obtain the experiences

Eva used to get the vast majority of her experiences as dreams from which she generally awoke rather than becoming lucid.  As a consequence she used to keep writing pad and pencil by her bed, so that the dream could be written down whilst still fresh in her mind.  On the whole the dreams were generally when she was in a hypnopompic state – as she was about to wake up.

The other method she used was relaxation, and she had many experiences in the hypnagogic state as she was hovering on the borderline between being awake and nodding off. 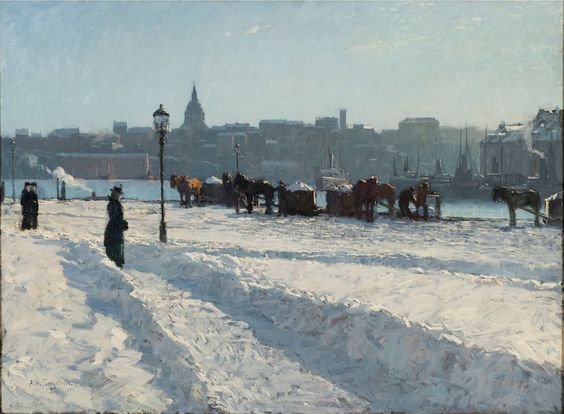 Eva’s journal was used by a number of researchers for analysis [see below references].  Dr Stanley Krippner, for example, undertook a major analysis of over 60 of her dreams and visions.

Krippner's analysis was – shall we say – a little too academic, biased and on the whole tells us very little about Eva or where she obtained these talents other than the probable inherited one often found in the very gifted.

THE DREAMS AND VISIONS OF EVA HELLSTROM - Stanley Krippner
I used three instruments, one rating scale, and the services of four judges.  Instruments included 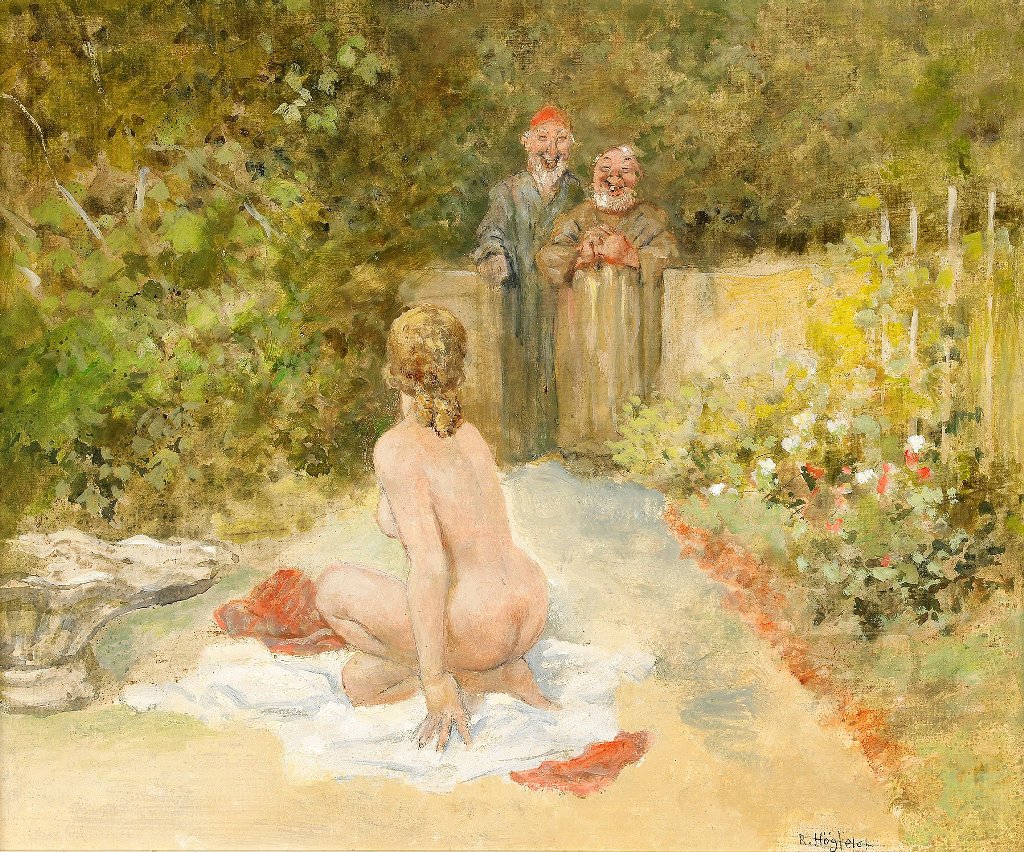 Who is the more exotic here?  Painting by Robert Hogfeld

As measurements of bizarreness and spirituality have to be subjective, I am not sure what these added to the analysis.

The results shown below rather bear out the feeling that measuring ‘spirituality’, ‘exoticism’ and ‘bizzareness’ is a complete waste of time – what clerical garments and bishop’s requisites have to do with spirituality I am not sure.

A 5-unit rating scale to evaluate the purported veridical correspondences between the report and the precognized event was used and looks promising until one starts to look into this in more detail.  The bias of the researchers here was unforgivable, as Krippner – looking for more funding for his research - was rather unhappy that an amateur had done her own research.  In a somewhat pompous statement he wrote “Controlled laboratory studies (e.g., Krippner, Honorton, & Ullman, 1972) are the most useful in establishing the veridicality of purported precognitive dreams.”  Hence the scores for veridicality.

THE DREAMS AND VISIONS OF EVA HELLSTROM - Stanley Krippner
RESULTS

So a waste of Eva's time and ours.

But there is a sort of begrudging admiration for Eva and what she had achieved that even Krippner had to admit to:

Hellstrom’s lengthy accounts of the dreams and visions provide phenomenological insights. Researchers in the field have sorely overlooked this aspect of study.
One cannot conclude that these reports were veridical because of the informal nature of the reports and the fact that Hellstrom herself determined their accuracy. Nevertheless, one must admire her attentiveness to her inner processes, and the care in which she compiled records of these events over the years.

It is perhaps time that Eva’s work was revisited by researchers who are less full of their own research methods and more interested in how Eva managed to do what she did. 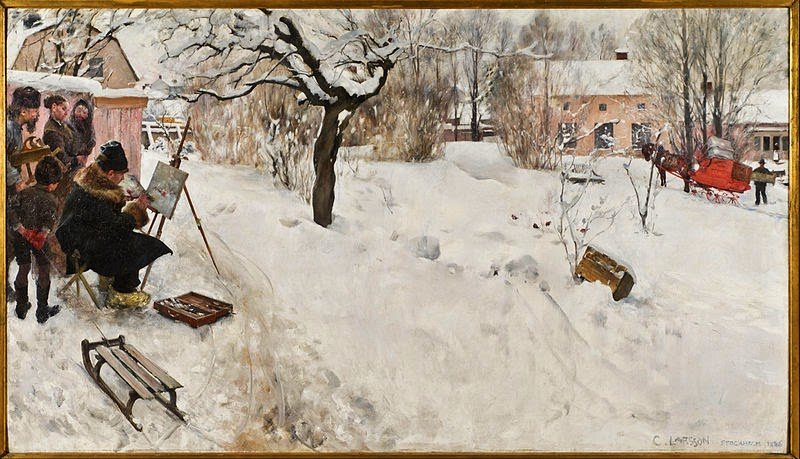