Rapid eye movement sleep, or REM sleep, is when the Composer is particularly active.  So REM sleep is when we get access to the spiritual world at large – see Dreaming and lucid dreaming.  Rapid Eye movements are produced automatically by the autonomic system as a means of signalling to the brain that no input is being received from the eye.

Reverse REM is the process by which rapid eye movements are simulated in order to fool the brain into thinking it is in the dream state and by doing this we go into a trance condition and have a spiritual experience.

There are a large number of alternative techniques by which this can be done – some work even with the eyes closed, some are relatively benign, some carry a high degree of risk.

There is the erroneous impression that simulated REM – flickering lights or stroboscopic lights for example, produce epilepsy. What they produce is a cataleptic or catatonic state because the brain thinks you are asleep.  Thus if you are silly enough to try this whilst standing up, you may fall down either in a rigid state or in a limp state, frightening the living daylights out of anyone who happens to be with you at the time.  In those who are already prone to epilepsy, this activity can induce an epileptic fit, but it is a function of the epilepsy – any high frequency signals may produce ‘brain storms’. 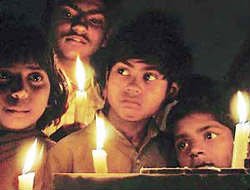 Way back in the 19th century, Volta, Purkinje and von Helmholtz  studied the effect of stimulation on the optic system and this same research continued by people like Knoll in the 1960s.  Electrodes were placed on the eyes and temples or occiputs of people [volunteers!] and a small electric current was passed between electrodes.  And the people obtained hallucinations and visions.  The images ranged from geometrical and abstract images to dream like images.

Later researchers also found that the electric current wasn't needed, you could achieve the same effect using what they called 'photostimulation' – flickering lights – with the most effective frequency being between 10 and 80 flashes a second (Horowitz 1967).

You must never, never, use any of these techniques if you an epileptic or prone to epilepsy, as they are likely to provoke seizures.

Combine the use of these techniques with that of Relaxation.  This will make the effect more pleasant and more effective.

Be aware that the side-effects can include atonia - the paralyzed or extremely relaxed state of skeletal muscles one experiences during sleep.

All of the following techniques produce a flickering signal and all have been shown to have an effect.  Some have produced involuntary experiences some have been used deliberately.  The observations provide more details. 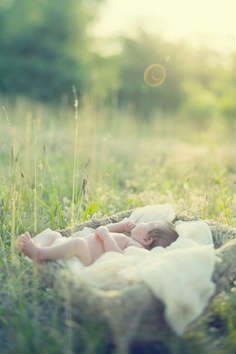 Now for the practicalities.

Some of these devices could be classified as ‘low intensity’ others as ‘high intensity stimulation’.  Always go for very, very low intensity.  By definition, the naturally based techniques – flickering candles and flickering fires, light coming through trees - will be low intensity, but light from machines could be either.

The Intensity is key. Keep it low and you should not suffer from health problems because you will be simulating a natural activity – that of REM.

The frequency is key. 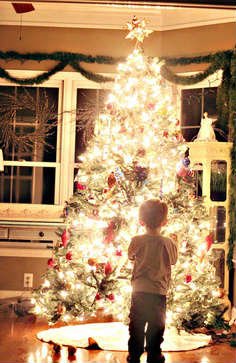 You are trying to simulate REM. The frequency must also be very low.  Low frequency means from 1 to 8 HZ at most, the lower the better.

If the frequency is too high, the mechanism by which this is working is completely different and it is possible that you make yourself ill or do yourself some damage.  The light is converted to electrical signals and the electrical signals then give the brain a message, but at too high a frequency they simply stimulate the neurons and the organs causing a brain storm.

At too high a frequency this works via Resonance and resonance can be inherently dangerous, as it can resonate any organ.  And it will be overloading that organ.  Thus you may well get an experience, but it will be via the equivalent of an epileptic fit. Some of these devices are not inherently safe for this reason.  If you use them you must use them carefully.  I have, for interest’s sake, provided some examples of what can happen at high frequency stimulation and a description in the following:

Many manufacturers of these machines provide complex evidence to try to show that they work by inducing ‘alpha waves’ in the brain. In general they shouldn’t. You want them to induce the equivalent of a very gentle trance like condition, peaceful and rested.  The brain waves should be more in the range theta or delta.

If you are using any of the machines, do not use them for any longer than a few minutes.  In this way you can both find the correct frequencies more safely, but also provide a perfectly adequate and meaningful experience.  As time in any vision is different from the time in the physical world, you can often have a very ‘long’ vision in only a matter of minutes.

Be aware that you will be experimenting upon yourself and it might be advisable to have a trusted helper ready in case anything goes wrong.

At low intensity and at the low frequencies of flicker I have described this works by simulating natural REM sleep thus fooling the brain into thinking we are asleep in a REM state and thus allowing the composer to provide a dream for us – a waking dream.