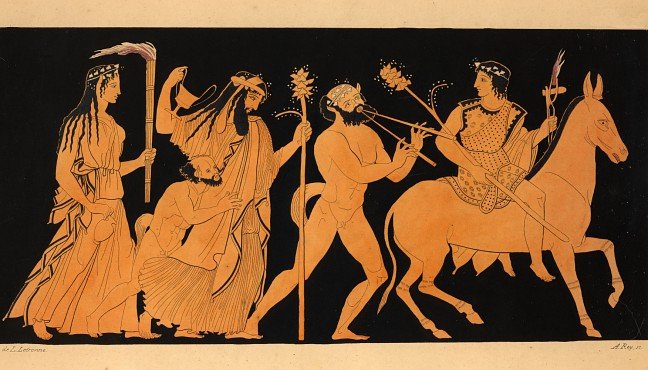 Clad in fawnskins and taking in their hands the thyrsos, which was a long rod tipped with a bunch of ivy or vine-leaves, the god's own potent emblem, and with ivy-wreaths upon their heads, they follow their leader (a priest of the god) to the wildest parts of the mountains, lost in the bliss of the dance.

Many carry snakes, wreathed about them, twined in their hair or grasped in the hand as may be seen in the vase-paintings.

Their dance is accompanied by the heavy beat of the tympanum . . . and the strains of the reed-flute, as well as their own excited shouts and cries. Nothing is lacking which can serve to increase the sense of exaltation and of shedding the self of everyday existence; to the darkness, the music and the rhythmic dance are added the smoky light of torches and no doubt the god's especial gift of wine. 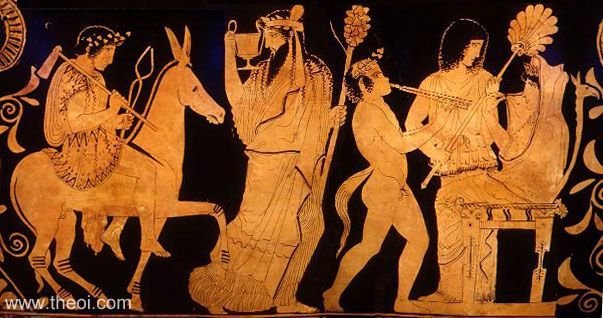 Communication with a Spirit helper
Possession