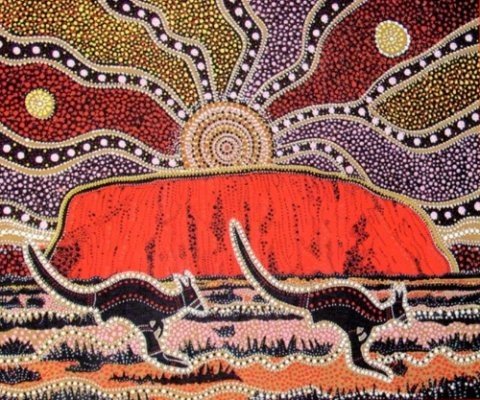 During one display in western New South Wales, after the bull-roarer had been swung thus creating a mystic atmosphere, for it is the voice of Baiame (the sky cult-hero), the men present were told to sit around and stare into a big fire on the sacred ground.

As they stared, they saw a clever man roll into the fire and scatter the coals. He then stood up among the rest of the men, who noticed that he was not burned, nor were the European clothes that he wore damaged. The informant and the others were quite satisfied the doctor was in the fire.

In 1944 some Weilwan men told me that they had seen this same doctor "walk through the fire" naked and unhurt.

Aborigines, on ceremonial occasions, are able, in their excitement, to stamp on and scatter the burning coals of a fire without any apparent harm, and novices in initiation are sometimes tossed into a big smoke fire. But these displays of fire-rolling and fire-walking were thought to go further.