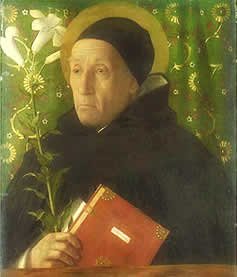 Meister Johannes Eckhart was born around 1260 in the German Rhineland and died around 1327 aged 67/68.  At around the age of 15, he was admitted to the Order of Dominican Preachers in Erfurt.  And it was in the Dominican Order that he stayed for the rest of his life, preaching, teaching and holding several administrative posts including that of Provincial of Saxony, Vicar-General of Strasburg, the Dominican chair in theology in Paris, the Prior of Erfurt and Regent Master of the Studium Generale in Cologne, the former chair of St Albert the Great.

He was thus principally a theologian, administrator, preacher and teacher.

There is no evidence from others or from himself that he had any visions, hallucinations or particularly vivid dreams.  But in his writings he does describe the experience of being ‘out of time’ and he knew very well the significance of the merge with the composer – moksha, nirvana – although he did not call it this obviously.  He also knew of the ‘quiet place’ of the contemplation experience ……………..

Meister Eckhart selected writings – edited and translated by Oliver Davies
[the soul] wants to penetrate to the simple ground, to the still desert, into which distinction never peeped… there in that most inward place, where everyone is a stranger, the light is satisfied and there it is more inward than it is in itself, for this ground is a simple stillness which is immovable in itself

……….and was able to describe ecstasy and rapture in fairly convincing terms.

Eckhart devised his own methods based loosely on self-imposed attrition.  It relied on the will subduing the will and very little else, and it had to be used as a ‘life style’ approach rather than a technique for use once in a while.  It was painful, because it is based on attrition.

Meister Eckhart selected writings – edited and translated by Oliver Davies
Our Lord said ‘a woman giving birth to a child endures sorrow, pain and suffering, but when the child is born, she forgets all pain and woe’ (John 16:21)

The Dominican Order at the time that Eckhart joined it was marked by the fact that it had a very extensive collection of books in its libraries.  It was an order for the bright child, and Eckhart was a bright child.  He took full advantage of the books and papers available and seems to have read and read and read – and learnt.

His main interest appears to have been in philosophy rather than theology.  He also had a preference for the more unorthodox writers, and those who resisted the political manoeverings and corruption that occurred in the Christian Church almost as soon as it was formed.  He also appears to have been interested in spirituality rather than church dogma.  He picked the texts of men who had spiritual experience, not those who expounded on them or theorised about them.  All his writings and sermons are peppered with constant references to classic texts.

In some recent essays on Eckhart, he is both ‘accused’ and praised for being influenced by the Neoplatonists, but if you look at the quotes he uses in his texts to back up his arguments and explanations, he was influenced by a vast number of different sources – Jewish, Platonic, Roman, Greek, Christian and so on.  He was thus – for a Christian theologian – extraordinarily open minded - a mystic.  For example:

So, here we have an open minded, clever, well read man with an eye for the unorthodox view – the rebels and real thinkers.  He wants the truth, and recognises the truth is not confined to one political or religious group, that in spiritual matters there is a universal truth, there has to be, there is only one ‘heaven’.  He likes philosophical arguments, probably because he is a logical thinker and wants to find a pattern to all this evidence, but he also recognises the enormous value of direct experience – the ones who have been to heaven, - so that is why he concentrates on the parts of the Bible that deal with the prophets or the texts of those who have had experiences.

So he is not one to rely on inspiration or sudden flashes of intuition, he is a methodical thinker, who is using all these texts to work it out for himself – what do you do to get a spiritual experience and ‘get to heaven’.

You can see from all his writings that he wants to include an ethical element, but this is a difficult one, because in reality spiritual experience does not rely on ‘morals’ as such. 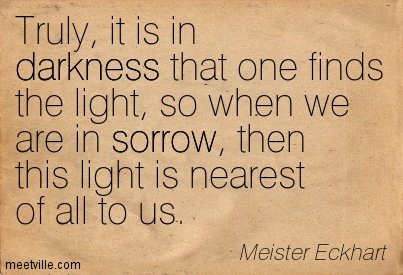 The experience you get is often related to the sort of person you are [you may well see demons], but the method does not rely on your morals to get you there.  But he works it out – and due credit to him for doing it – he manages to see a common thread and a universal theology that he can preach and use to help people experience heaven in their lifetimes on a permanent basis, but also one he can combine with a moral message.

And then  - irony of irony - he comes across the biggest obstacle he will ever face – the Catholic Church itself.

The Catholic Church at the time that Eckhart was studying was extremely political.  Ethics was not exactly at the forefront of its actions.  It appears that at no time in its history has the Catholic Church not been political and it certainly behaves like an unelected  political movement, interfering in both democratic Government and kingdoms, starting wars, collecting taxes, generating revenue,  producing propaganda and so on.  But the Middle Ages were particularly political, with the pope exiled to Avignon but wanting to return to Italy and with the German Emperor Lewis of Bavaria aiming to take over Italy and thus threatening to prevent his return.  Henry of Virneburg [Archbishop of Cologne] supported Frederick of Austria who was an ally of the Pope, thus he was feted and wooed politically.   Frederick of Austria was an orthodox Catholic, which meant that any inkling of unorthodox views could have threatened the alliance.  And Eckhart was seen to be unorthodox. 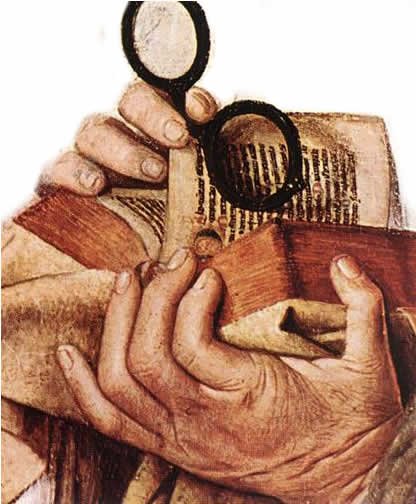 Eckhart was eventually brought before the Inquisition on a charge of heresy -  a very serious charge punishable by death - put by the Archbishop of Cologne, but died before the charge could be defended.  Eckhart’s views and his ideas were ‘expunged’ from Catholic dogma.

But it is very clear that all his life he trod a very very fine line between orthodoxy and ‘the truth’ as he perceived it, and at times was expressing ideas that were simply not the politically formed ideas of the established Church.  His language is guarded and strange.  His use of words is orthodox, he uses the names of the Trinity – the Father, the Son and the Holy Spirit, but they are being used in a quite different way to the orthodox way.  So when reading Eckhart you need to know about Plato and Socrates, Aristotle and Proclus, Macrobius and Cicero.

Eckhart’s motives in attempting to describe this ‘universal religion’ were only good.  He saw, as many have seen since, that the dogma thrashed out over committees and synods that the Church had formulated made absolutely no sense at all - worse it was a politically debated compromise, by people whose only motive was power, not spirituality. The result only served to confuse.

Ursula Fleming – The Man from whom God hid nothing
Meister Eckhart says that the man who finds no taste of God wearies of looking for Him.  One of the criticisms of Christianity and one of the reasons why many young Christians turn to the east – to Buddhism or to Hinduism, is that in Christianity there is no apparent help with method.  How do we find God?  How do we even start?  Eckhart is one of the few Christians who faces this, and accepts it as a problem.  Good intentions are not enough.  We need instruction in how to make ourselves fit to receive ‘the eternal birth’. 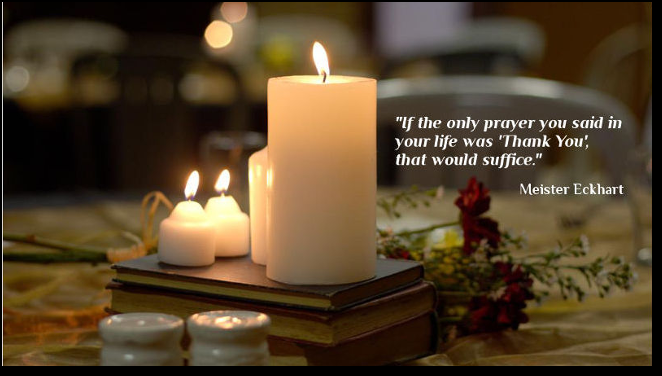 Those who devise dogma that serves to enslave and provide those who formulate the dogma with power and wealth, have no interest in anyone getting a genuine spiritual experience, because all that does is serve to show the dogma is a lie and they lose power.  Eckhart was being extremely brave to go as far as he did and his language is masterly in obfuscating what he was doing.  The problem is that it is so disguised at times, it becomes virtually opaque to the uninitiated.

I have drawn from the The Talks of Instruction, The Book of Divine Consolation, On the Noble Man and on both the Latin and German Sermons.  I have not included any theological arguments.

The method used by Eckhart is underpinned by quite a complex but interesting philosophy and we need to tease this out to understand the underpinnings on which the method has been devised.

Eckhart’s method is extraordinarily ‘Zen’ like in its approach.  It could have been a Buddhist approach yet it is clear that there was no direct influence from Buddhism or for that matter from Hinduism, although eastern influences do exist in many of the Greek and Roman texts he read.  There is one abiding direct influence in his writing however, probably not apparent to those today, and that is alchemy and alchemy shares its heritage with the eastern religions, so here, maybe, we have our link.

If we go back to the list of people who Eckhart quotes, most are alchemists.

Eckhart’s alchemical influences would have been heretical at the time and he would have quite likely been burned at the stake for following alchemical texts, however, the influences are extremely clear.

Eckhart described a six stage spiritual path, whose end stage was in effect ‘annihilation’  – the merging with your Higher spirit followed by the obliteration of the ego such that you become your Higher spirit, at which point you are in direct communication with the entire spiritual world – all the Intelligences.

Meister Eckhart selected writings – edited and translated by Oliver Davies
The sixth stage comes when we are stripped of our own form and are transformed by God’s eternity, becoming wholly oblivious to all transient and temporal life, drawn into and changed into an image of the divine and have become [the Higher Spirit] God’s Son.  Truly, there is no stage higher than this and here eternal peace and blessedness reign, for the end of the inner man and the new man is eternal life.