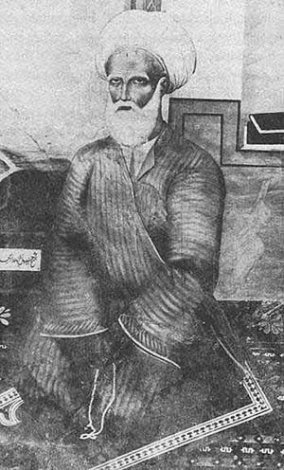 Shaykh Ahmad ibn Zayn al-Dín ibn Ibráhím al-Ahsá'í (1753–1826) was the founder of a 19th century Shi`i school in the Persian and Ottoman empires, whose followers are known as Shaykhís.

Shaykh Ahmad Ahsa'i had never even had the intention of founding a school, and did not mean to differ from the 'others' save in his strict adherence to the integral theosophical teachings of the Imams of Twelver Shiism. He had deepened this teaching through a life of personal meditation, and possessed evidence of it in his inner experiences, in which he was privileged to speak in vision to the Imams whom he regarded as his only teachers. This integral Imamism confronted a persistent failure of understanding, the history of which is not particularly edifying. It should nevertheless be said that it had the scope of a metaphysical reformation, possessing quite different aims from those envisaged by the 'reformist' movements which sprang up elsewhere in the Islamic world.

Shaykh Ahmad Ahsa'i was a man of noble spirituality, who manifested all the features of a 'man of God' — something that has never been contested. He was born in 1166/1753 atal-Ahsa', in the territory of Bahrayn. He appears to have been of pure Arab descent, coming originally from the part of Arabia which is on the coast of the Persian Gulf (where the Qarmats in the tenth century had founded a little ideal State, visited by Nasir-i Khusraw). But he spent about fifteen years in Iran, and were it not for the response and the enthusiasm aroused there by his person and teaching, 'Shaykhism' would doubtless not exist. His first steps along the spiritual way are known to us from his autobiography. The Shaykhi tradition has no teacher of whom he might have claimed to be a disciple. It is as though he had no teacher other than the ustadh-i ghaybi — that inner teacher whom other spiritual men have also claimed as their own, but who in his case expressly designates in turn one of the 'Fourteen Immaculate Ones'. Nevertheless, we know the names of a few teachers whose lectures he attended. After an astonishingly full life, in which he inspired fervent devotion in his followers — and also, unfortunately, the all too human jealousy of some of his colleagues — he died a few steps away from Medina in1241 /1826: his intention had been to settle in Mecca with his family.

His work is considerable, and consists of over a hundred and thirty-two titles — many more, in fact, for certain works are collections of several treatises. Almost everything he wrote has been published in lithographic editions

And he was an alchemist – see alchemy

Shaykh Ahmad Ahsa'i  was educated in the theological centres of Najaf and Karbala in Iraq. He spent the last twenty years of his life in Iran, and received the protection and patronage of princes of the Qajar dynasty. Nabíl-i-A`zam, a Baha'i historian, states the following about his early life  :

He observed how those who professed the Faith of Islam had shattered its unity, sapped its force, perverted its purpose, and degraded its holy name. His soul was filled with anguish at the sight of the corruption and strife which characterised the Shí'ah sect of Islam.... .. .. .

While it is unclear how much of Nabil's interpretation is consistent with Shaykh Ahmad's true feelings, the underlying motivations for reform become somewhat clearer. 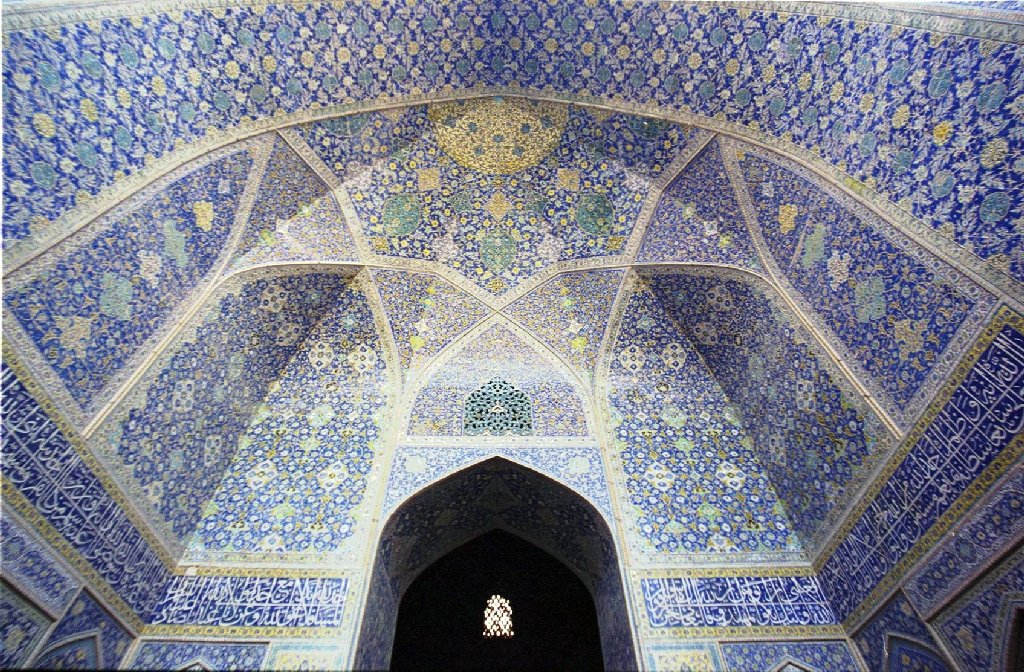 Henri Corbin believed him to be a mystic and Shaykh Ahmad 's writings are chock a block full of mystic references – spheres, Intelligence hierarchies, thrones, levels and layers, even planetary references.

he described a view of the cosmos as made up of hierarchies running from the material to the intellectual, the latter coming closer to God.

Shaykh Ahmad also – and here he must have been in absolute terror of being found out by the Islamic judiciary - sought spiritual experience during his lifetime "knowledge of the divine, `irfan” , and promoted a spiritual path in which

The believer's purpose is to move away from gross matter and animal instincts toward divine qualities and insights by means of spiritual and meditative exercises, dreams and trance-states. The metaphor of the wayfarer traversing this metaphysical lattice is common to Shaykh Ahmad and the Sufis.

We need to realise that this is a fundamental challenge to the power of the clerics, as to all intents and purposes they are no longer, under this approach, the channel to the spiritual world – they lose power. We can also see the principle mechanism used – that of ‘meditation’ – which in this case is a form of contemplation, together with dreams.  He may have used relaxation – but this would be pure speculation.

Shaykh Ahmad al-Ahsa’i, Sira Dhatiyya (Autobiography).
I was often contemplative during my childhood.  If I was with other children, I played with them just as they played.  But everything was an occasion for contemplation, in which I excelled them.  If none of the children were with me, I would begin to contemplate and reflect….

One of the things he is known for is his attack of the Sufi 'guru system'.  But some of his texts as translated by Henry Corbin seem to align with mystic Sufi thought, as such he was not necessarily against Sufism but the Master system.   I have used a Paper by Juan Cole -  because it raises some interesting questions about the man.

Like many other Shi`i thinkers, Shaykh Ahmad ….. sees the entire phenomenon of Sufism, whether Sunni or Shi`i, as a Sunni plot against the primacy of the House of the Prophet. I do not intend to dwell on this line of attack, which is after all hardly confined to al-Ahsa'i, and which is the least attractive element in his intellectual system. 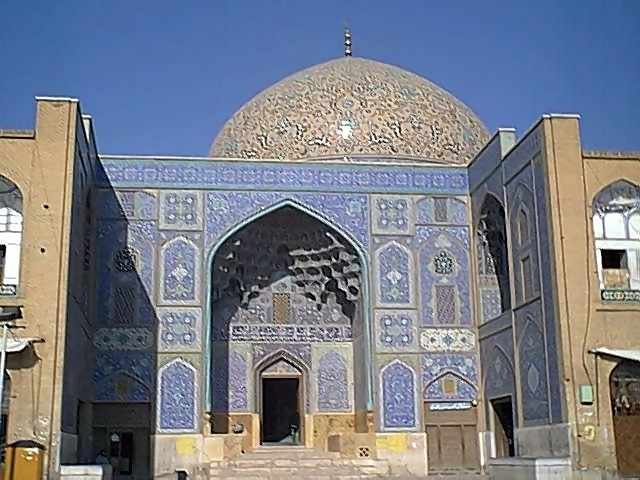 But, I think that within some quite caustic arguments lies a seed of truth in what he was trying to say.

Shaykh Ahmud Ahsa'i  feared the power of the Sufi 'guru' and their influence and his fears had some validity.  The guru system is based on disciples and Sufi leaders, and there is a real danger of abuse of this system.

Mulla `Ali Rashti, Shaykh Ahmad's main interlocutor on these matters,  pursued the question of the seeker's need for a guide, which Sufis insist involves an obligation to obey implicitly the pir. Rashti concedes that Sunni pirs may claim too much authority and charisma, trespassing on ground properly occupied by the Imams, but suggests that the Path does require a guide (murshid), and that it is not easy for even the Shi`i seeker to arrive at the goal without one.

In reply, Shaykh Ahmad refuses to concede this point to the Sufi Shi`is, insisting that one must enter a house through its doors, and that the Imams are the doors here. The shortest path to God is that blazed by the Legislator, with all its prayers (individual and prescribed), ritual acts, good traits and deeds, concentration upon the kingdom of the heavens and the earth, and preparedness for death. These are enshrined in books possessed by the believers, of law, way and truth (shari`ah, tariqah, haqiqah).

So what he was trying to say was that as long as religious doctrines and practices had not been corrupted, it was a visible easily verified system, whereas the Sufi system was opaque with no written laws to protect the spiritual traveller.  He has a good point in my view.  He also said:

the most a guide can do is remind you of what you already essentially know. The guide is therefore not a superior being bestowing unprecedented knowledge on the seeker; his only advantage is in serial time--he happened to recover some preexistent memories before the seeker did.

So he challenged the need for a guide, master or guru.

Incidentally I don't think that there is a satisfactory answer to this dilemma.  It is true that you don't need a guide.  If you have the help of the spiritual world itself, from what I can see you need neither Imam, cleric or guru, but there are people who appear to want help – the Irina Tweedie's of the world and in this respect perhaps a guru is needed for those who have absolutely no chance of ever getting anything without help.  Then the Sufi master and the Hindu guru is needed. 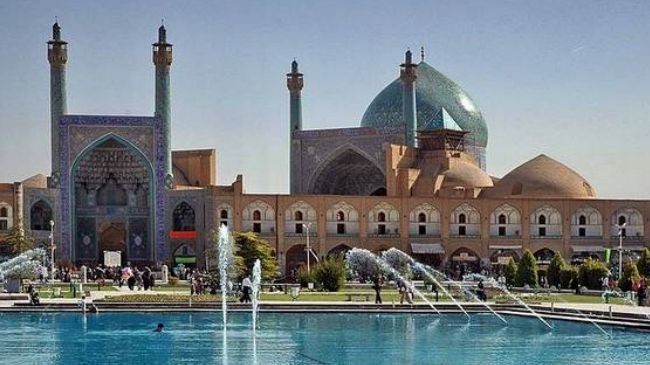 Whatever the answer is,  Shaykh Ahmed Ahsa'i had great wisdom on this and other matters and appeared also to have a considerable knowledge of the spiritual world.  Whether this was first hand or second hand we may never know.  I have given him the benefit of the doubt based on Henry Corbin’s assessment:

He maintained an extremely complex relationship with his immediate intellectual heritage, the philosophical and mystical strands in the School of Isfahan, accepting its implications for gnosis (`irfan) …..His use of symbolic language captured the imagination of tens of thousands in the Arab East, Iran, and India, and the controversial mystical Shaykhi order came to be established in his name, largely after his death.