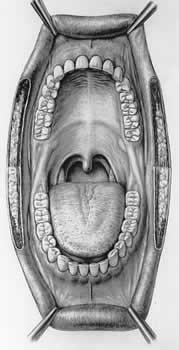 According to Wikipedia “In animal anatomy, the mouth is the opening through which many animals take in food and issue vocal sounds. It is also the cavity lying at the upper end of the alimentary canal, bounded on the outside by the lips and inside by the pharynx and containing in higher vertebrates the tongue and teeth”.

Teeth, found in the mouths of many vertebrates,  are used to break down food.  The shape of the animal's teeth are related to its diet. For example, plant matter is hard to digest, so herbivores have many molars for chewing and grinding. Carnivores, on the other hand, need canines to kill prey and to tear meat.

And illnesses and diseases of the mouth and teeth can cause spiritual experiences. 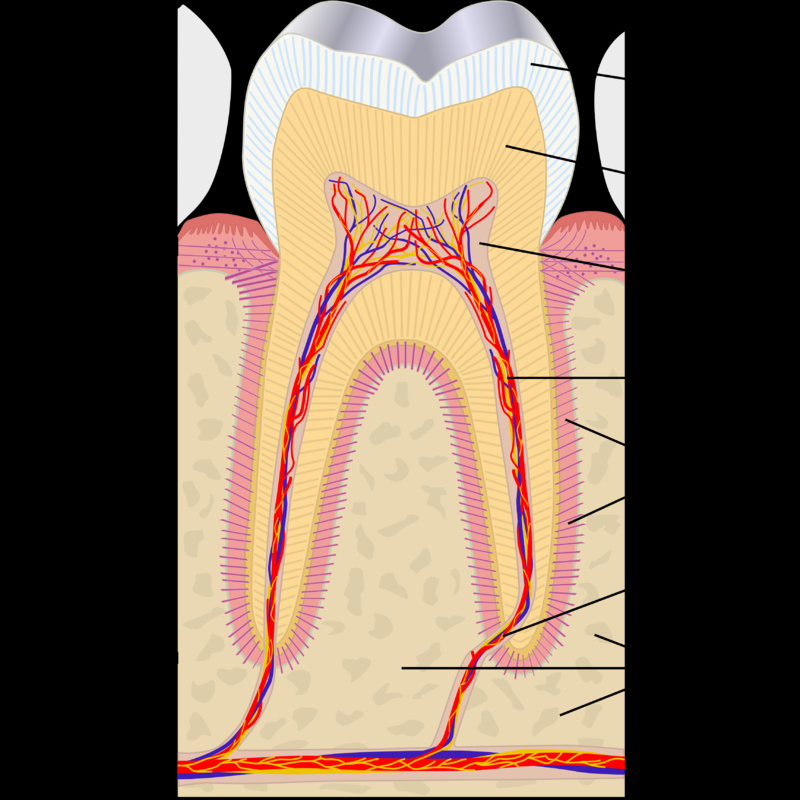 Toothache may also be called Odontalgia.  The term covers both pain in the teeth and/or their supporting structures, gums, jaw and the muscles of the jaw.  It may result from dental diseases or pain referred to the teeth by non-dental diseases.  Common problems include: 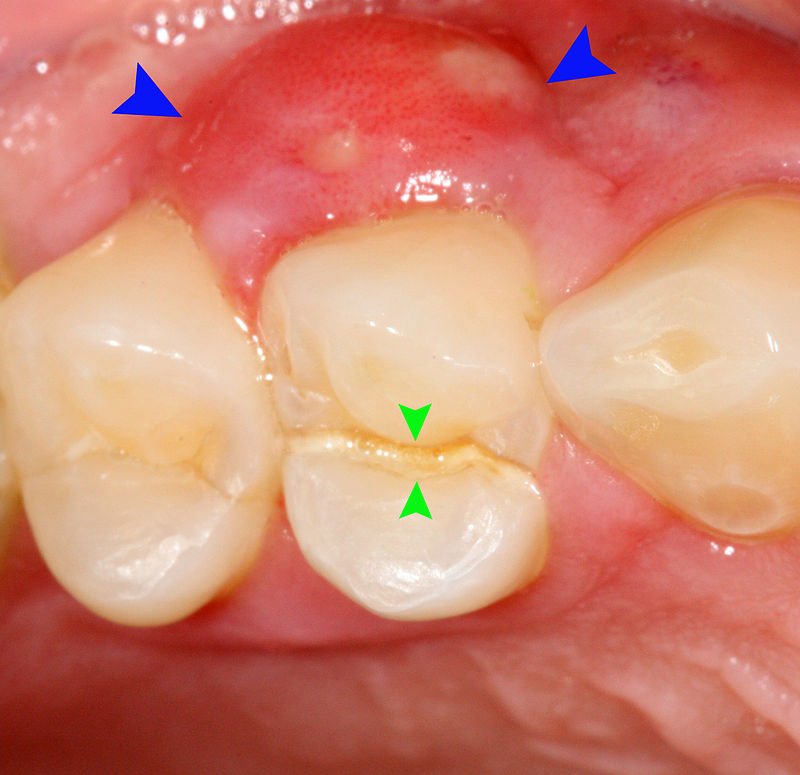 Some of the symptoms of mouth and tooth disease include:

But the principle symptom is pain - Extreme pain 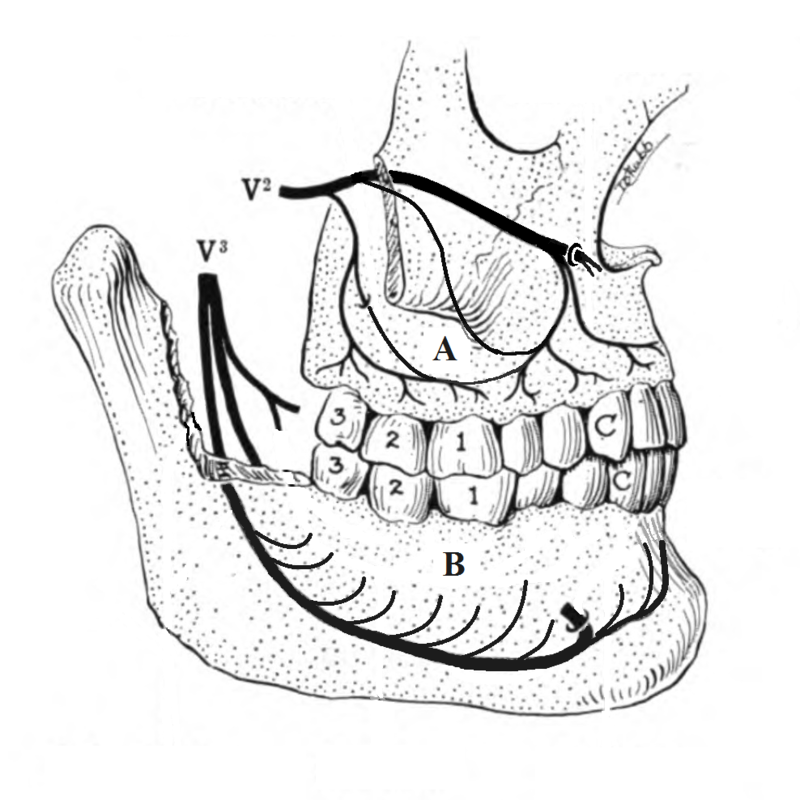 - lead, for example, is known to cause tooth decay and tooth loss.  Lead's effects on the sense of taste may result in astringency and a metallic taste in the mouth.  The interaction of different sorts of fillings in the mouth - metal, ceramic and so on can cause a small electric current, which attacks the nerves;  heavy metals can also attack the tooth pulp directly.

It should be noted that the mercury in dental amalgam fillings has a record of producing ill health in other organs as well.

dental amalgam fillings exerts an effect on kidney tubular functions in children. Oxidative stress may have played a role in this mechanism. The results of this study would also suggest that urinary NAG is the most sensitive of all the investigated renal biomarkers.  PMID: 22683759

There are a number of bacteria implicated in mouth and tooth diseases, for example, Scarlet fever is caused by streptococci species, and starts as tonsilitis and pharyngitis before involving the soft palate and the tongue.

Many studies indicate a strong association of

Herpes simplex infection is very common in the mouth and lips. This virus can cause blisters and sores around the mouth and lips. Although many people get infected with the virus, only 10% actually develop the sores. The sores may last anywhere from 3–10 days and are very infectious. Recurrent infections may be brought on by stress, sun, menstrual periods, trauma or physical stress.
Mumps of the salivary glands is a viral infection of the parotid glands. This results in painful swelling at the sides of the mouth in both adults and children.   Other viruses are also implicated - like the HPV .

Head and neck cancer, including oral cancer, is the sixth most common cancer in humans worldwide. More than 90% of oral cancers are of squamous cell carcinoma type. Recent studies have shown a strong relationship between human papillomavirus (HPV) infection and head and neck cancer, especially oropharyngeal squamous cell carcinoma (OPSCC) and oral squamous cell carcinoma (OSCC). Moreover, the incidence of HPV-related OSCC appears to be on the rise while HPV-unrelated OSCC tends to have stabilized in the past decades. p16, a tumor suppressor gene, normally functions as a regulator of the cell cycle. Upon infection with high-risk types of HPV (HR-HPV), particularly types 16, 18, 31, 33, 34, 35, 39, 51, 52, 56, 58, 59, 66, 68, and 70, the expression of p16 is aberrantly overexpressed. Therefore, the expression of p16 is widely used as a surrogate marker for HPV infection in head and neck cancer. PMID: 26434816 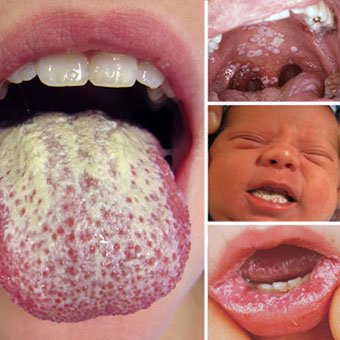 Oral candidiasis is by far the most common fungal infection that occurs in the mouth. It usually occurs in immunocompromised individuals and people with dentures and tongue piercing. The typical signs are a white patch that may be associated with burning, soreness, irritation or a white cheesy like appearance.

- surgical, thermal, mechanical or electrical trauma to the oral soft tissues can cause traumatic oral ulceration.  Severe physical hurt can result in misaligned jaws and Temporomandibular joint dysfunction.  It is generally not realised that facelifts can cause problems:

Links between environmental chemicals and human health have emerged over the last few decades, but the effects on oral health have been less studied. Therefore, it was aimed to study the relationships of different sets of urinary chemical concentrations and adult oral health conditions in a national and population-based setting.
Data was retrieved from the United States National Health and Nutrition Examination Surveys, 2011-2012 including demographics, self-reported oral health conditions and urinary environmental chemical concentrations (one third representative sample of the study population). ….. Of 4566 American adults aged 30-80, 541 adults (11.9 %) reported poor teeth health while 1020 adults (22.4 %) reported fair teeth.

Regulation of environmental chemicals in prevention of adult oral health might need to be considered in future health and environmental policies.  PMID:  26018285

notice the prevalence of heavy metals -described above.

- the following quote is from the paper referenced below

"Zoonoses are infections transmitted from animal to man, either directly (through direct contact or contact with animal products) or indirectly (through an intermediate vector, such as an arthropod). The causative agents include bacteria, parasites, viruses, and fungi.
The purpose of this review is to make an accurate examination of all zoonotic diseases that can be responsible of ear, nose, and throat (ENT) involvement............A total of 164 articles were selected and examined. Larynx was the most commonly involved ENT organ, followed by oral cavity, pharynx, and neck.
Bacteria were the most representative microorganisms involved. Nose and major salivary glands were affected most frequently by protozoa; paranasal sinus, oral cavity, ear, neck, nerves and upper airway by bacteria; and larynx by fungi. PMID: 24423708" 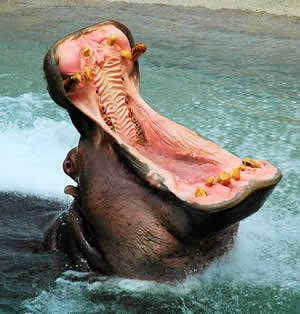 The role of extreme emotion in causing mouth and tooth problems seems weak until one realises how inter-connected the response of the immune system is with usually negative emotion.  The mouth contains a flora of bacteria which - just like the intestines is finely balanced.  Although we have the heading 'bacteria' above as a cause, the picture is more complex.  The following is long but explains it well

The composition of the oral microbiome differs from one intraoral site to another, reflecting in part the host response and immune capacity at each site. By focusing on two major oral infections, periodontal disease and caries, new principles of disease emerge.

The initiation of both diseases is marked by an increase in the complexity of the microbiome.
In periodontitis, pathobionts and keystone pathogens such as Porphyromonas gingivalis appear in greater proportion than in health. As a keystone pathogen, P. gingivalis impairs host immune responses and appears necessary but not sufficient to cause periodontitis.
Historically, dental caries had been causally linked to Streptococcus mutans.

Contemporary microbiome studies now indicate that singular pathogens are not obvious in either caries or periodontitis.   Both diseases appear to result from a perturbation among relatively minor constituents in local microbial communities resulting in dysbiosis.

Emergent consortia of the minor members of the respective microbiomes act synergistically to stress the ability of the host to respond and protect. In periodontal disease, host protection first occurs at the level of innate gingival epithelial immunity. Secretory IgA antibody and other salivary antimicrobial systems also act against periodontopathic and cariogenic consortia. When the gingival immune response is impaired, periodontal tissue pathology results when matrix metalloproteinases are released from neutrophils and T cells mediate alveolar bone loss.
In caries, several species are acidogenic and aciduric and appear to work synergistically to promote demineralization of the enamel and dentin.   PMID:  25447398

so maybe anti-bacterial mouth washes are not a good idea, you kill the 'good' and the 'bad' and destroy the balance and the biome.