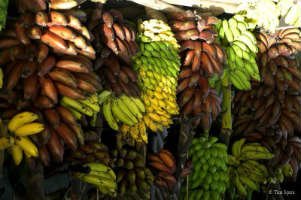 Wikipedia has a vast section covering bananas and I will admit to thinking that it was a bit of overkill, as everyone knows what a banana is and what it looks like. But I was wrong, because a banana is an interesting and very diverse fruit.

A banana used for cooking is known as a plantain and is savoury in taste, more like a vegetable “plantains are more starchy and less sweet; they are eaten cooked rather than raw; they have thicker skin, which may be green, yellow or black; and they can be used at any stage of ripeness”.

A banana used as a fruit for its sweet flavour has a skin that can be “green, yellow, red, purple, pink or brown when ripe”. Some bananas even have seeds, but not the ones we eat, which are seedless and derive from two wild species – Musa acuminata and Musa balbisiana. 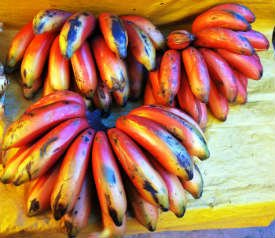 There is the scarlet banana (Musa coccinea), pink banana (Musa velutina), the Fe'i banana, the snow banana (Ensete glaucum) and the false banana (Ensete ventricosum). Karat bananas are short and squat with bright red skins. “There are fuzzy bananas whose skins are bubblegum pink; green-and-white striped bananas with pulp the color of orange sherbet; bananas that, when cooked, taste like strawberries. The Chinese name of the aromatic Go San Heong banana means 'You can smell it from the next mountain.' The fingers on one banana plant grow fused; another produces bunches of a thousand fingers, each only an inch long”.

Musa species are native to tropical Indomalaya and Australia, but are now grown in at least 107 countries. As plants they are extraordinarily versatile, they are used for their fibre and for making banana wine and banana beer. Banana leaves are large, flexible, and waterproof. They are often used as ecologically friendly disposable food containers or as "plates" in South Asia and several Southeast Asian countries. Banana plants are even used as ornamental plants. The classic yellow dessert bananas are called pisang in Malaysia and Indonesia, and this is where the name for the banana liqueur Pisang Ambon comes from. In 2013 bananas were fourth among the main world food crops after rice, wheat, and maize. 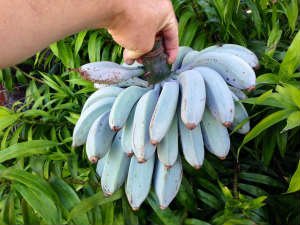 Did you know that Bananas are naturally slightly radioactive, because of their potassium content and the small amounts of the isotope potassium-40 found in naturally occurring potassium? I didn't.

And did you know that ripe bananas fluoresce when exposed to ultraviolet light. This property is “attributed to the degradation of chlorophyll leading to the accumulation of a fluorescent product in the skin of the fruit”. They have decided it is so that monkeys can find them in the dark [no I'm joking - sorry].

Some people have been known to smoke the skins.  They have their reasons.

We have been eating bananas since the dawn of time. “Recent archaeological and palaeoenvironmental evidence at Kuk Swamp in the Western Highlands Province of Papua New Guinea suggests that banana cultivation there goes back to at least 5000 BCE, and possibly to 8000 BCE.” 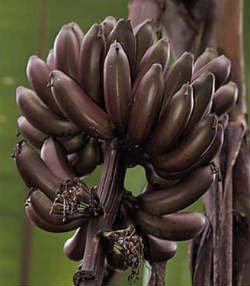 The cultivation of bananas in many parts of the world owes much to the Arabs. “The spread of Islam was followed by far-reaching diffusion. There are numerous references to the banana in Islamic texts (such as poems and hadiths) beginning in the 9th century. By the 10th century the banana appears in texts from Palestine and Egypt. From there it diffused into north Africa and Muslim Iberia. During the medieval ages, bananas from Granada were considered among the best in the Arab world. In 650, Islamic conquerors brought the banana to Palestine”.

Bananas were introduced to the Americas by Portuguese sailors who brought the fruits from West Africa in the 16th century. In the 15th and 16th centuries, Portuguese colonists started banana plantations in the Atlantic Islands, Brazil, and western Africa.

As late as the Victorian Era, bananas were not widely known in Europe, although they were available.  My Mum said she was ecstatic when she had her first banana.  My Mum was like that, easily pleased.

The vast majority of the world's bananas today are cultivated for family consumption or for sale on local markets. India is the world leader in this sort of production, but many other Asian and African countries where climate and soil conditions allow cultivation also host large populations of banana growers who sell at least some of their crop. Cooking bananas represent a major food source and a major income source for small-hold farmers. In east Africa, highland bananas are of great importance as a staple food crop in countries such as Uganda, Burundi, and Rwanda.

India now leads the world in banana production, producing around 20% of the worldwide crop of 145 million metric tonnes. Uganda is the next largest producer, with around 8% of the worldwide crop. Its national data does distinguish between bananas and plantains, and shows that the latter made up over 95% of production. Ten countries produced around two thirds of the total world production.

And now a rather chilling fact about the future of the bananas we in the over-developed world tend to see. The edible banana cultivar Cavendish could become unviable for large-scale cultivation in the next 10–20 years. Cavendish lacks genetic diversity, which makes it vulnerable to diseases, threatening both commercial cultivation and small-scale subsistence farming. “Commentators blame the decline of the banana on monogenetic cultivation driven by short-term commercial motives”. Panama disease is caused by a fusarium soil fungus and a deadly form of Panama disease is infecting Cavendish. This is not all. Black sigatoka is a fungal leaf spot disease which has spread to banana plantations throughout the tropics from infected banana leaves that were used as packing material. It affects all main cultivars of bananas and plantains including the Cavendish cultivars. With the arrival of Black sigatoka, banana production in eastern Africa fell by over 40%. Banana bunchy top virus (BBTV) jumps from plant to plant using aphids. There is no cure. In a sense we are seeing the problems intensive industrial scale farming produces. 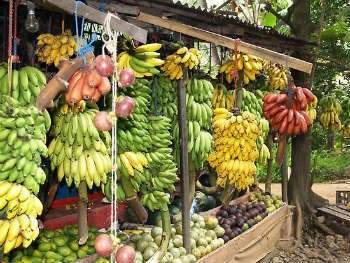 I think it may be useful to know what happens to the bananas we get in the over-developed world, where bananas do not grow and we cannot nip along to a local market and buy some ripe and fresh.

Export bananas are picked green, and ripen in special rooms upon arrival in the destination country. These rooms are air-tight and filled with ethylene gas to induce ripening. The vivid yellow colour normally associated with supermarket bananas is in fact a side effect of the artificial ripening process.

Bananas are refrigerated to between 13.5 and 15 °C during transport. At lower temperatures, ripening permanently stalls, and the bananas turn grey as cell walls break down. This is why supermarkets such as M&S ask you if you have any bananas in your shopping if you take advantage of their 'pick up later' service. The bananas don't go in the fridges. The skin of ripe bananas quickly blackens in the 4 °C (39 °F) environment of a domestic refrigerator.

Bananas can be ordered by the retailer "ungassed" (i.e. not treated with ethylene), and may show up at the supermarket fully green. "Guineo Verde", or green bananas that have not been gassed will never fully ripen before becoming rotten. Instead of fresh eating, these bananas are used for cooking.

So the advice is to store bananas out of the fridge and in an airtight plastic bag. Carbon dioxide (which bananas produce) and ethylene absorbents extend fruit life even at high temperatures. One ethylene absorbent is potassium permanganate, so put this in the bag then seal it. “This treatment has been shown to more than double lifespans up to 3–4 weeks”.

Now for the uses.  You can of course just peel them and eat them.

There are children, I was one, who do not like bananas in their simple just peeled state. My Mum used to mash the banana add milk and a little sugar and then my brother and I would have them with great delight. The beginning of the smoothie circa 1952. Mums know best. 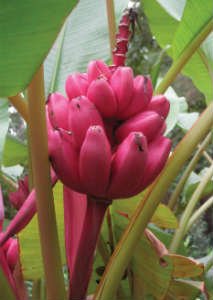 There are children who don't like them at all raw, who love them fried in butter and served with sweetcorn and chicken pieces – a sort of children's Chicken Maryland.

And there are adults who will tell you they don't much care for bananas who will tuck into a banana barbecued wrapped in foil, whose skin has been opened and dark chocolate pieces placed next to the banana itself. The heat of the BBQ melts the chocolate and softens the banana. Very nice with double cream.

And there are almost haters of bananas who unknowingly have eaten a savoury dish made with fried onions, chopped tomatoes and bananas all cooked together into a sort of savoury mash with a little ground coriander added, placed in a baking dish, eggs placed in holes made in the pulp and left to set in the oven. Serve this with mango chutney, chopped fresh coriander leaf and they will ask for more.

The banana is a very versatile fruit/vegetable

Instead of potato chips [crisps], you can make plantain crisps.  And plantains can be used to make some truly delicious curry dishes with either coconut milk or with popped mustard seeds and asafoetida.

Mashed with cooked sweet potatoes and rolled in flour or chopped nuts they make a very tasty sort of savoury cake which goes well with red meats.

They make a very very tasty banana bread and banana cake in St Lucia I remember well.  And banana milkshakes and smoothies are well known.......

A very versatile fruit/vegetable is the banana.

Bananas are an excellent source of vitamin B6, soluble fiber, and contain moderate amounts of vitamin C, manganese and potassium. And bananas also contain tyrosine. 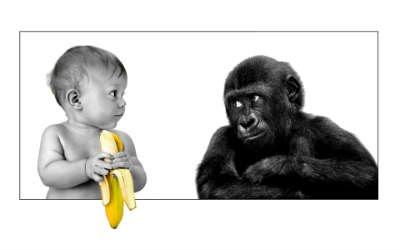