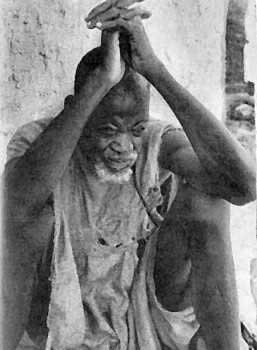 Ogotemmeli was a blind 'wise man' from the Dogon in Africa.  Professor Griaule, an anthropologist, after a period of over 15 years of study of their culture was granted a series of conversations  with Ogotemmeli over a 33 day time span.  The conversations were to cover culture,  ritual and religious beliefs or more correctly the metaphysical system on which their entire belief system was based.  The conversations took place in October 1946 and the results were subsequently published in French as Dieu d'Eau in 1948.  They became a classic work and were then translated into English the first English version, although requested in 1956, appeared only in 1965.

Ogotemmeli uses the word Nummo in many of his explanations and it is worth adding a bit of background. Before European history, the ancient Nubians were using the name “NU” as the name and the address to the Supreme Divine Creator of the universe – the Ultimate Intelligence.  From the Ultimate Intelligence sprang the Intelligences, one of which created human beings.  The symbol of water, meaning spirit or spirit input is used to show this deity is a spirit being and has no material form.

According to the myth related to Griaule and Dieterlen: "The Nommo divided his body among men to feed them; that is why it is also said that as the universe "had drunk of his body," the Nommo also made men drink. He gave all his life principles to human beings."   Other names included - Numo, Nyumo or Noomo.

The words AMEN or AMON were then used to describe any Nubian Ancient Divinity who was once worshiped as the Redeemer of mankind [like Christ, Buddha or Krishna] and as the representative of the supreme divine creator of the universe. 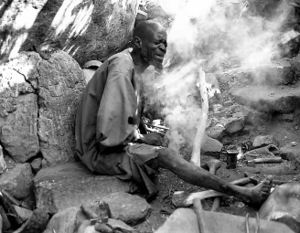 Ancient Nubians and Ethiopians were the master minds behind the pyramids and much of the Mystery religions, and the pharaohs were black, not fair skinned as they are sometimes portrayed.  Black Africans, at the time of the pyramids and the early Bible stories,  lived in Canaan and had reached as far as the Caucasian mountains.  There was an Egyptian Negro colony in the Caucasian Mountains up until relatively recently.  The Afro-Abkhazians, or Abkhazians of African descent, also known as African Caucasians, were a small group of people of African descent in Abkhazia, who used to live mainly in the settlement Adzyubzha at the mouth of the Kodori River and the surrounding villages (Chlou, Pokvesh, Agdarra, and Merkulov) on the eastern coast of the Black Sea in Eastern Europe. But the African peoples were forced back into Africa by tribes streaming from the North east, and they retreated beyond the desert leaving North Africa and the Middle East to the invaders.

It is only via the poor interpretation of later Archaeologists, Egyptologists, and Anthropologists etc that the Egyptian Hieroglyphic’s original translation of “NU-TEM, NU-TERU, TEM or NETERU became the English word - “God” or “gods”. 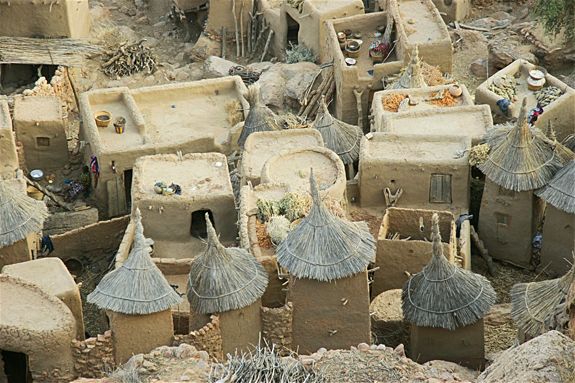 Thus Ogotemmeli is actually describing what is left of the Ancient Egyptian and the original Mystery religions upon which all later Mystery religions were based.   Rather than thinking of Ogotemmeli’s description as a rather obscure rambling description based on local folklore, or a misinterpretation of some established religion, we need to understand that he is describing the ‘truths’ upon which all later Mysteries were based – from the Greeks, to the Zoroastrians, to the Kabbalists, the Babylonians, possibly to the Shaivites and even to the Gnostic gospels.

Every subsequent Mystery religion merely took the basic truths and adapted them for a local audience.  There are those who may be angry at what they perceive to be the lack of acknowledgement of the roots of all these basic ideas, but when ideas travel they do get adapted so that a local audience is capable of understanding what is being explained.

So in Ogotemmeli’s explanation we probably have a description of the first Mystery religion.

It is also a very good metaphysical explanation.