The biography on Wikipedia is quite good, thus I have provided the summary here and a link below.  I have classified Hugh as an adventurer because he was an explorer of the physical and the spiritual and extremely brave at times in the area of the spiritual. 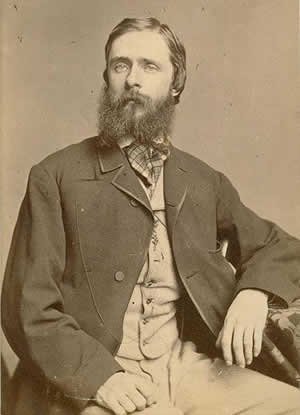 The explorations of altered states of consciousness in The Hasheesh Eater are at the same time eloquent descriptions of elusive subjective phenomena and surreal, bizarre, and beautiful literature.

Ludlow also wrote about his travels across America on the overland stage to San Francisco, Yosemite and the forests of California and Oregon, in his second book, The Heart of the Continent. An appendix to that book provides his impressions of the recently founded Mormon settlement in Utah.

He was also the author of many works of short fiction, essays, science reporting and art criticism. He devoted many of the last years of his life to attempts to improve the treatment of opiate addicts.