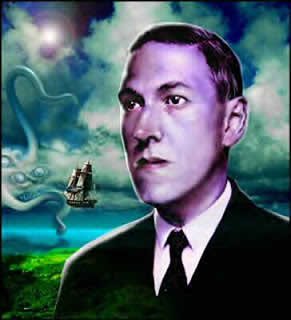 Howard Phillips (H.P.) Lovecraft (August 20, 1890 - March 15, 1937) was the worst of the best American writers of the twentieth century, whose writing brought out the worst in twentieth century's best critics. Edmund Wilson's opinion of the weird tales' even weirder author was that "the only real horror in most of these fictions is the horror of bad taste and bad art. Lovecraft was not a good writer" . British author Colin Wilson agreed "that Lovecraft is a very bad writer" , while Avram Davidson, editor of Fantasy and Science Fiction, claimed, "Lovecraft was as nutty as a five dollar fruit-cake" .

Opinion is mixed why Lovecraft's writing was so bad. One reviewer "disliked his stylistic mannerism. He tells his tales through a troubled, dim, first person narrator, and he saves the grisly denouement for the last sentence and then prints it in italics, as though for greater shock value".

Sprague de Camp, Lovecraft's biographer, described Lovecraft's prose as "heavily influenced by Poe, much of it is of the kind that is nowadays viewed as turgid, verbose, and overwritten, with many sentences of Teutonic length" .

One of Lovecraft's worst faults is his incessant effort to work up the expectations of the reader by sprinkling his stories with such adjectives as 'horrible,' 'terrible,' 'frightful,' 'awesome,' 'eerie,' 'weird,' 'forbidden,' 'unhallowed,' 'unholy,' 'blasphemous,' 'hellish,' and 'infernal.' Surely one of the primary rules for writing an effective tale of horror is never to use any of these words--especially if you are going, at the end, to produce an invisible whistling octopus.

Readers of his arctic novel At the Mountains of Madness could only write to editors: "Are you in such dire straits that you must print this kind of drivel?" .

Lovecraft himself was well aware of the criticism. In "The Unnamable," he admits,

"I was too fond of ending my stories with sights or sounds which paralyzed my heroes' faculties" and says, "it is quite impossible to refer to any object or spectacle which cannot be clearly depicted by the solid definitions of fact or the correct doctrines of theology," though he adds wryly, "preferably those of the Congregationalists, with whatever modifications tradition and Sir Arthur Conan Doyle may supply." 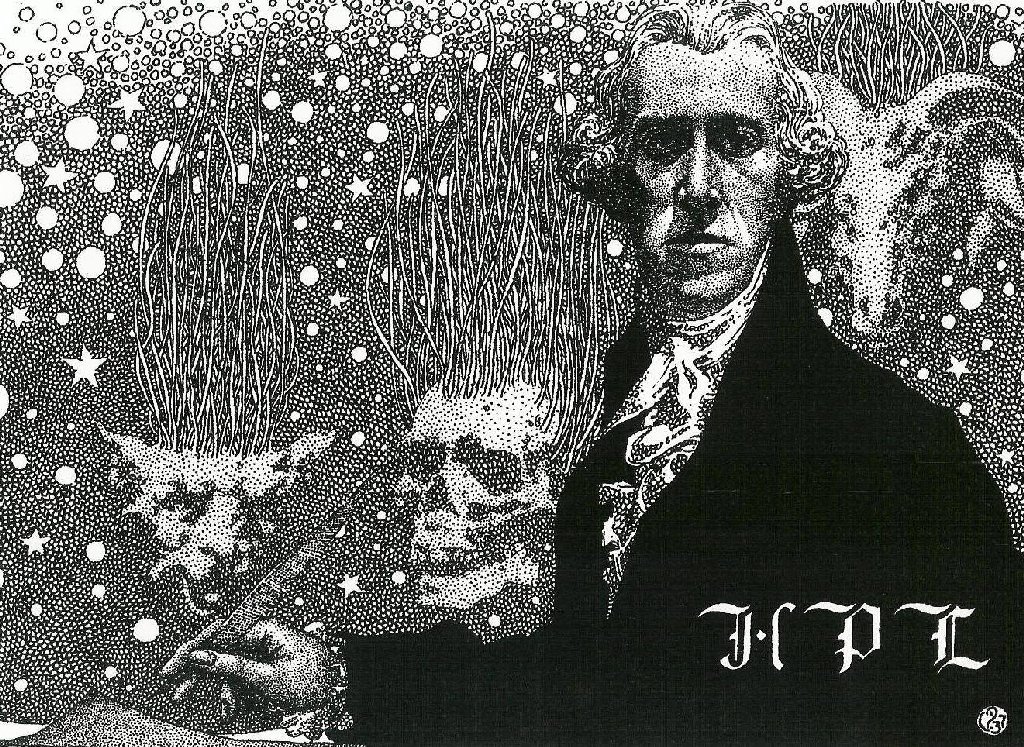 Still, Lovecraft enjoyed his champions. They were mostly a younger generation of science fiction writers whom he encouraged, and these writers--Fritz Lieber, Robert Bloch, August Derleth--became influential in their field, mostly due to the inspiration of Lovecraft's weird genius. His first protégée, Frank Belknap Long, defends his mentor, explaining that Lovecraft's innovative writing was at odds with the modern American aesthetic.

With the publication of H. P. Lovecraft's stories, 'the Unique Magazine--as Weird Tales was always called--assumed a role that was indeed unique in the field of American publishing--for no previous pulp magazine would have dared to publish supernatural horror stories so astoundingly unlike the rule-of-thumb, cliché-ridden, ridiculously melodramatic tales which usually found their way into print, even into The Century or The Atlantic, which were in other respects the polar opposite of the pulps. 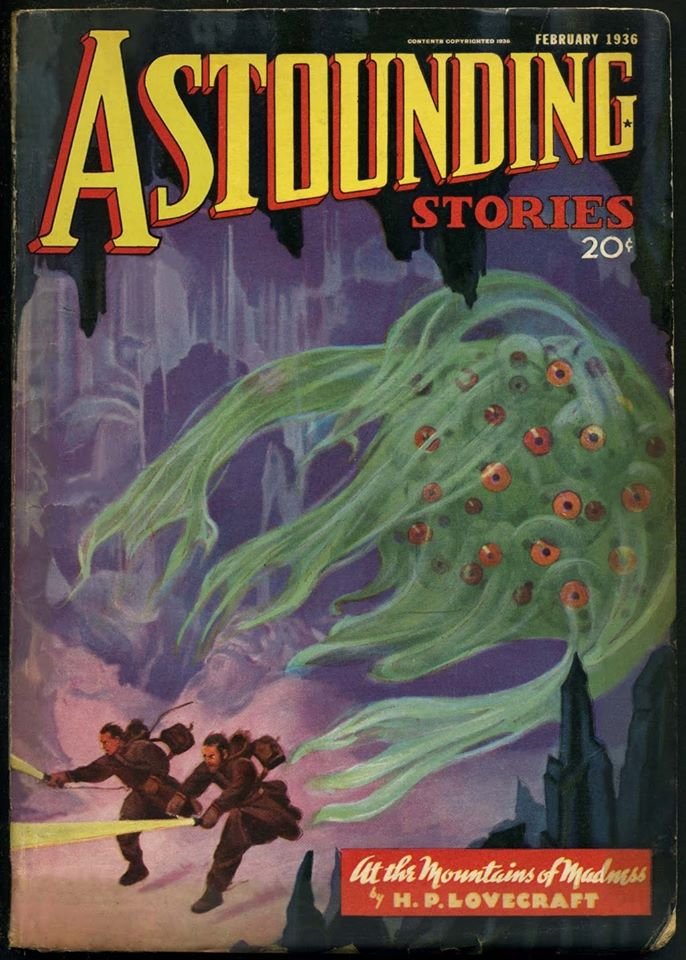 Part of the problem is, as Edmund Wilson points out, that Lovecraft considered himself an amateur writer. His one novel, The Case of Charles Dexter Ward, considered by many his most mainstream work, was never submitted for publication. Evidently, Lovecraft had other motives for writing than literary success. Here was a man, in Colin Wilson's terms, "who made no attempt whatever to come to terms with life," , yet he left what Joyce Carol Oates calls "a form of psychic biography".

Lovecraft's weird tales are not so much works of fiction as they were chronicles of his nightly forays on the astral plane through dreams.

Born to parents with mental problems (his mother was neurotic, his father psychotic), H. P. Lovecraft was haunted from the age of 10 by nightmares, which he dubbed Night Gaunts.

Lovecraft was so traumatized by these night terrors that his maternal grandfather, Whipple Phillips of Providence, Rhode Island, took the boy for nightly rambles through their large Victorian home to help him overcome his fear of the dark. However, it was not the dark that H. P. Lovecraft feared--all his life, he would be fascinated by the dark--instead, he feared the Night Gaunts.

There were bat-winged creatures with no faces but with black, prehensile talons that play a large part in "Dream Quest of Unknown Kadath" where "such cattle are known to haunt most persistently the dreams of those who think too often of them." Throughout his life, Lovecraft thought of them a lot.

Because of these dreams, Lovecraft was treated as an invalid by his family, namely his mother Susie, her two sisters Annie and Lillian, and his grandfather Phillips. Their vigilant over-protection kept him from finishing high school, talked him out of joining the service in World War I, and effectively prevented him from having a regular job. Instead, he lived the cosseted life of a gentleman valetudinarian with amateur writing as his only creative outlet and contact with the outside world. Still, the dreams persisted.

Then in 1918 a breakthrough--the first of the dream narratives began. From this dream came "Polaris" (1918), where Lovecraft hints how he was able to exert control over his dreams:

"At first content to view the scene as an all-observant uncorporeal presence, I now desired to define my relation to it, and to speak my mind […] I felt a change, and perceived that I had at last a bodily form." 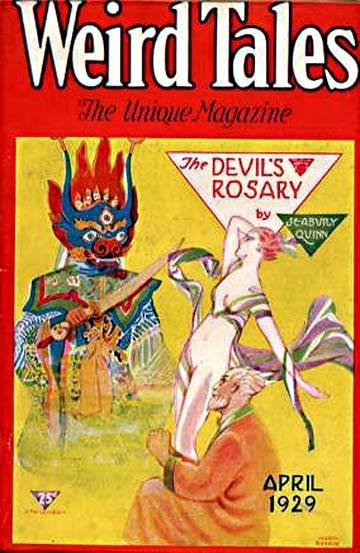 Thus begins his lifelong struggle to exert control over his own dreams .

Lovecraft's short story "Polaris" questions the very nature of reality and identity. Which existence is more real, the waking world or dreamland?  As the narrator asserts
"This is no dream, for what means can I prove the greater reality of that other life in the house of stone and brick south of the sinister swamp and the cemetery?"
Here the narrator is the quintessential Lovecraftian hero, given to fainting spells; he is never sure if his true life is in the dream city , or else in the waking world of the stone house with barred windows next to the cemetery. The dream narrative ... evidently proceeds from the ravings of a madman, yet the compelling degree of detail makes its existence more real than the insane asylum next to the cemetery.

Secretly, the imprisoned dreamer in the story was Lovecraft himself. In the same letter to Maurice Moe, Lovecraft confides, "I recognize a distinction between dream life and real life, between appearances and actualities" (Selected Letters I). Nevertheless, he confessed to "an over-powering desire to know whether I am asleep or awake" .

Lovecraft scholar Dirk W. Mosig believes that "the degree of dissonance between Lovecraft's nightmarish dream experiences and the experiences in his waking life was such that he needed to develop a method of controlling the dream world".

One way to control one's dreams is to write them down. Lovecraft often used dreams as the bases for his plots. This was the case with "Polaris," "The Doom that Came to Sarnath," "Nyarlanthotep," "The Call of Cthulu," and many others. Writing stories based on dreams increased the activity of Lovecraft's dream life, sometimes with surprising results. In 1921, when asked how he could describe Paris so well in "The Music of Erich Zann," Lovecraft replied that "he had indeed been there--in a dream, in company with Poe".

With Lovecraft, it is hard to tell where the dream ends and the story begins. Philip A. Shreffler writes, 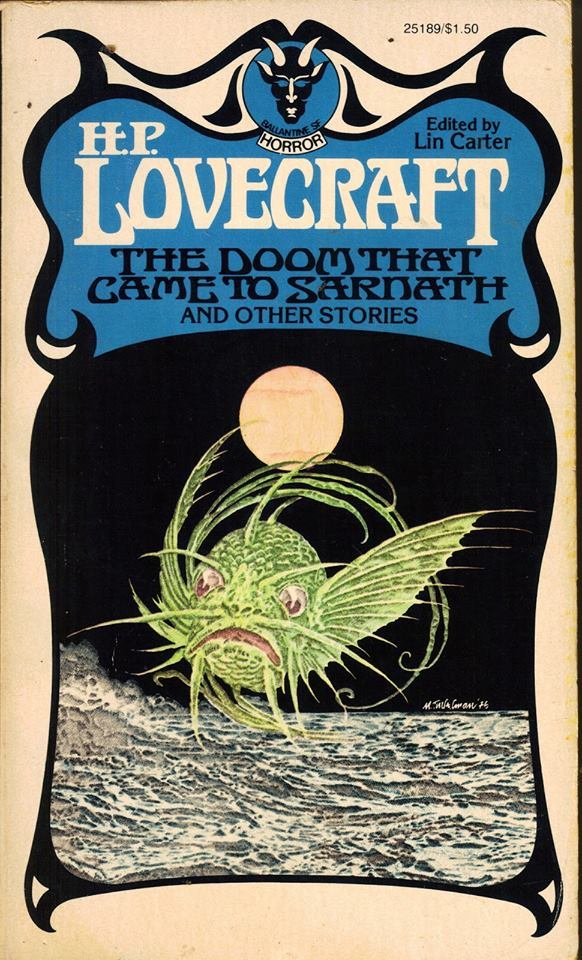 To achieve this trance-like state, Lovecraft disrupted his Cycadic rhythms, sleeping by day and roaming the dark at night; he suffered sleep deprivation, often staying up for as long as three days at a time; and he starved his body living solely on beans until the weird dreams came. Early stories show his difficulties remaining in the trance-like state necessary for his lucid dreams; hence, the numerous fainting heroes in Lovecraft fiction.

In 1936, Lovecraft was diagnosed with cancer of the small intestine and as a result he suffered from malnutrition. He lived in constant pain until his death on March 15, 1937, in Providence.

In accordance with his lifelong scientific curiosity, he kept a diary of his illness until close to the moment of his death.