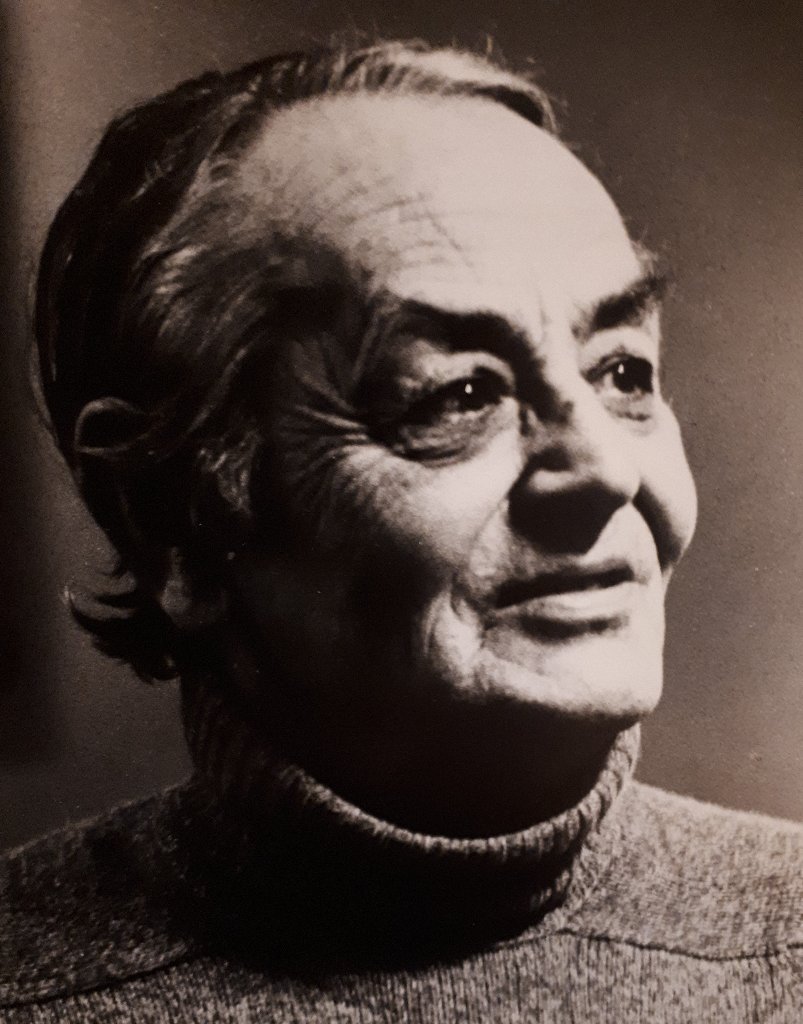 Douglas Johnson (ca. 1909-1988) was a teacher at the College of Psychic studies in London and himself a very gifted psychic.

He also tutored Dr Edgar Mitchell, the astronaut and this is what Mitchell said about him

If the British have achieved pre-eminence in producing good mediums, it is probably because of the Spiritualist organisations that have nurtured them.

In London the British College of Psychic Science, the College of Psychic Studies and the Spiritualist Association of Great Britain are representative organisations through which inquirers into survival and other psychic questions can book a sitting with a medium.  Many also freelance from their homes. 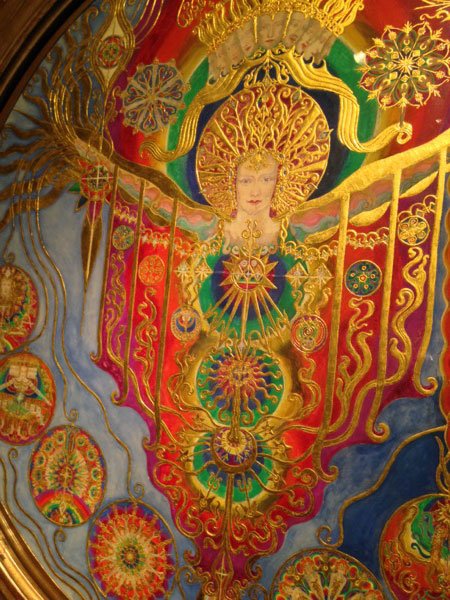 from the  'Collection of College of Psychic Studies'.

Among the best known of today’s mediums who still use trance are Ena Twigg and Douglas Johnson.

Most of their sittings, however, are given in waking clairvoyance.
Johnson has worked extensively with parapsychologists in England, the United States and Israel, but little of this experimental work has been published.
In experiments for W G Roll at the Psychical Research Foundation in Durham, North Carolina, Johnson scored more ‘hits’ about people when they were present than when doing absent psychometric readings.  In investigating a ‘haunted house’, Johnson was able to describe accurately the entities that the occupants of the house had reported earlier.

And in experiments at the Maimonides Dream Laboratory in Brooklyn, Johnson was able to dream telepathically about a distant art print target.

In my own experiments with Johnson, in which he tried to predict events in my future, a number of detailed predictions were fulfilled.

As with many psychic sensitives, Johnson frequently receives visual symbolic images, which he must interpret, although at other times he receives impressions in words – so called clair-audience.

Some readers may recall a filmed trance sitting in the 1966 ABC-TV production ‘The Baffling World of ESP’ on which a woman sitter was so overcome by the information Johnson’s trance control, Chiang related about her deceased father that she broke into tears.  The sitter, a London psychiatrist told me she had never met Johnson before. 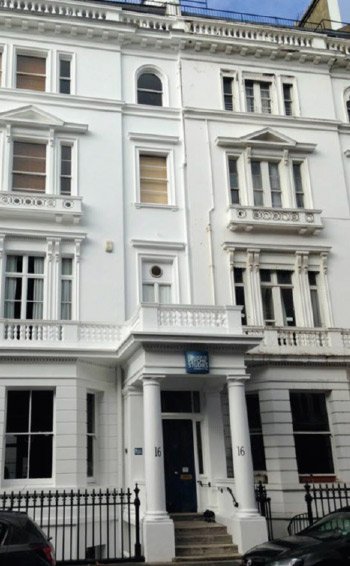 The College of Psychic studies is still going strong and is still based in London.  It was founded in 1884 by a group of eminent scholars and scientists. Its purpose was to facilitate formal investigation into the psychic and mediumistic phenomena that were such a topic of debate in the Victorian era.  In 1925, the freehold of their existing premises at 16 Queensberry Place, South Kensington was purchased using donations from those who, in their war bereavement, had received consolation from the knowledge and experience of mediumship and spiritualism. The College President at that time was Sir Arthur Conan Doyle.

LIGHT , the society’s Journal goes back even farther than the College, having first appeared on 8th January 1881, as a weekly. The college has a well stocked library and still runs courses in healing and other skills.  Frank Podmore wrote Modern Spiritualism from this library. Here, too, Nander Fodor compiled his Encyclopaedia of Psychic Science whilst he was assistant editor of LIGHT.

Throughout its history, the College has aimed to foster mediumship at its highest level and in this it has been host to many of the greatest names in mediumship. Among the most outstanding was the Revd. Stainton Moses whose communications were voluminous and highly regarded. His numerous notebooks of directed writings are in the Archives. He died in 1892 leaving his personal library to what is now The Stainton Moses Memorial Library, which now stands in the President’s Office.  Another outstanding medium was the great D.D. Home of levitation fame, whose well-known portrait by the younger Pickersgill hangs above the fireplace in the Lecture Hall. 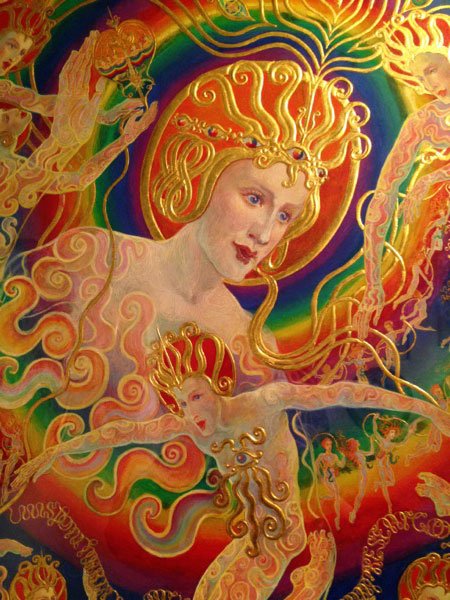 from the 'Collection of College of Psychic Studies'.

In recent times the College fostered the work of mediums who, as pioneers in media work, have appeared successfully in many television and radio programmes, and it is in this that we hear the names of Ena Twigg, Douglas Johnson and Ivy Northage mentioned.

Modern British medium who investigated haunted houses in the United States and who appeared on television programs to demonstrate clairvoyance and psychometry. He was born in London, and his powers were evident as early as age six. His parents were not psychic but did not disapprove of his predictive talents; they permitted him to attend a Spiritualist public meeting at age 12. Three years later he went into trance for the first time, channeling information and advice to a circle of people.

In World War II he served with the Royal Air Force, but he was removed from active duty after an injury at the end of the war. He had corresponded with the College of Psychic Science (now the College of Psychic Studies ) in London and afterward gave many clairvoyant sittings there. He also spent time in the United States, where he worked with W. G. Roll, Eileen Garrett, Thelma Moss, Stanley Krippner, and other parapsychologists. He died in October 1988. 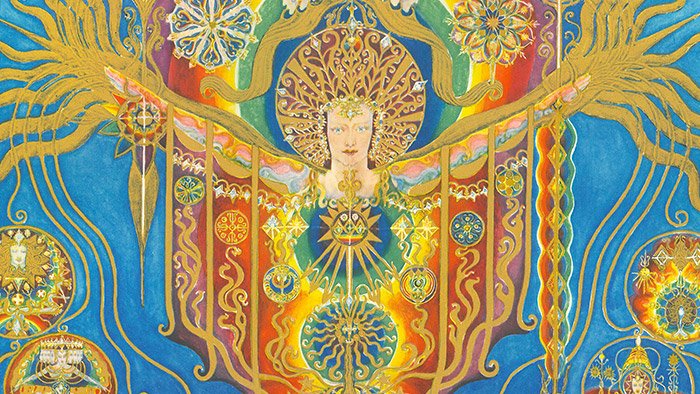 from the 'Collection of College of Psychic Studies'.

The paintings are by Ethel Le Rossignol, a 'spirit painter', some of whose pictures are on display in the College of Psychic Studies.