Max Freedom Long (October 26, 1890 – September 23, 1971) was an American novelist, whose main claim to fame is the promotion of Huna and a book describing the Kahuna practises of the Polynesians.

In 1917, a year after graduating from Los Angeles State Normal School with an Associate of Arts (two year) degree in General Education, Long moved to the island of Hawaii to teach in elementary schools. When he arrived, he gradually realised that Christianity had not wiped out the old practises and that many Native islanders were practising shamanic techniques, including such interesting practises as fire walking and the death prayer!

The Hawaians themselves were reluctant to divulge any information to him, but he made a friend of Dr Brigham [see above] who was able to help him in discovering more.  The result was a book The Secret Science Behind Miracles, 1948. 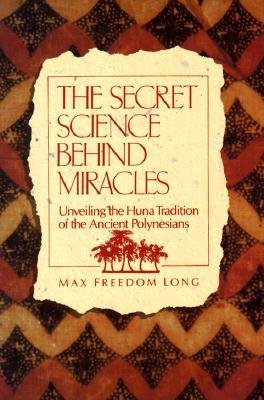 Freedom Long devoted the rest of his life to creating theories about how the Native Hawaiians did what they did, and teaching those theories through the sale of books and newsletters.  Unfortunately, however, his theories do not match reality and the resulting compilation of his ideas – called Huna – is more a sort of New Age invention than a true shamanic set of techniques.  Freedom Long also founded an organization called the Huna Fellowship in 1945.

Native Hawaiian scholar Charles Kenn, recognized in the Hawaiian community as a kahuna expert in Hawaiian history and traditions, was friendly with Max Freedom Long but said, “While this Huna study is an interesting study, … it is not, and never was Hawaiian.”  Professor Lisa Kahaleole Hall wrote that Huna "bears absolutely no resemblance to any Hawaiian worldview or spiritual practice" and calls it part of the "New Age spiritual industry."

This aside however, Freedom Long appears to have had his own spiritual experiences separately from anything he describes about the Hawaians, and the techniques he uses are fairly conventional and based broadly on meditation practises.