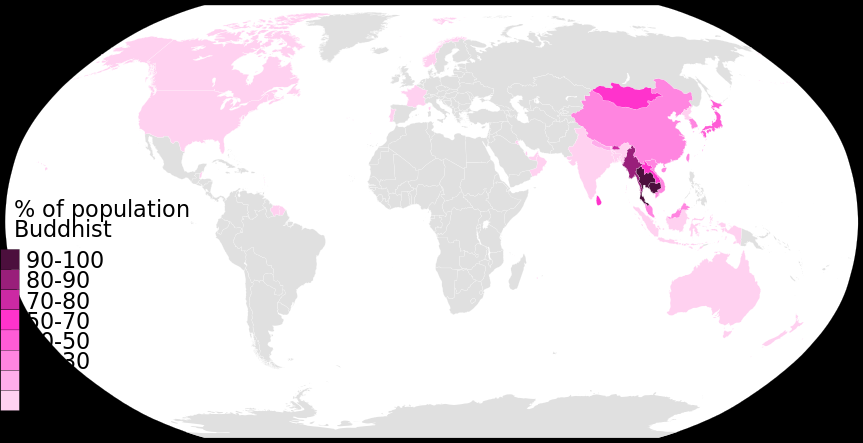 In much the same way that Christianity purports to be based on the teachings of Christ – Jesus, Buddhism is largely based on teachings attributed to Siddhartha Gautama, commonly known as the Buddha ("the awakened one").   This said, just like Christianity, there are now numerous branches and sects of Buddhism, many created by later theologians.

Buddhism is essentially a religion with a mystic ‘arm’. 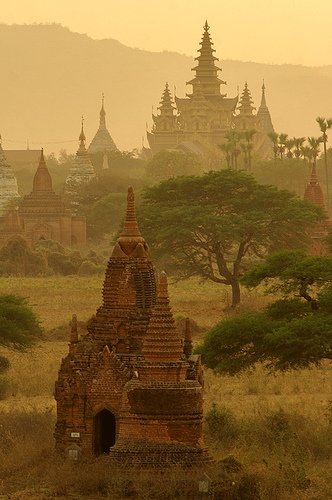 The religious aspects are based on a series of practises for living life on a day to day basis.  There is a remarkable amount of commonality between the teachings of Jesus and the Buddha on this aspect – both essentially expanding on the themes of love and don’t hurt.

In all Buddhism, the cause of human existence and suffering is identified as desire – constantly wanting and not learning contentment.

In addition to desire there are also so called ‘defilements’ which add to the suffering and distress.  These defilements are principally all the various forms of hate – both self hate and hate of others, and hurt – again self hurt and hurting others – from the tiniest creature to the planet as a whole.  There are rules by which one should speak in a truthful and non harmful way, act in a non harmful way and take up a livelihood that is also non harmful.

A true Buddhist for example does not practise asceticism, despite the fact that ascetics claiming to be Buddhists have existed.  Many Buddhists are vegetarian because they would not wish to harm an animal, but there are also branches of Buddhism which allow meat eating as long as someone else does the [humane] killing of the meat! 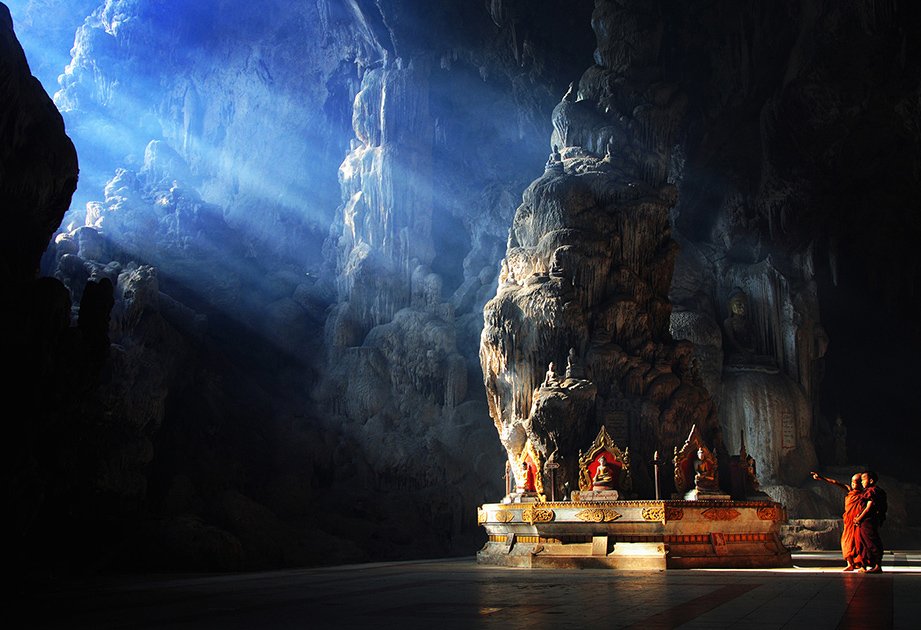 In addition to the reducing of desires, the other key plank in the religion – a method which serves both day to day living and the gaining of spiritual experience – is the reduction of the ego – Squash the big I am.  It is an essential part of Zen Buddhism, but is not ignored in the other branches either.

In effect there are two key activities used on a day to day basis and in order to progress spiritually:

The other activities regarded as key, but not included in all schools are: 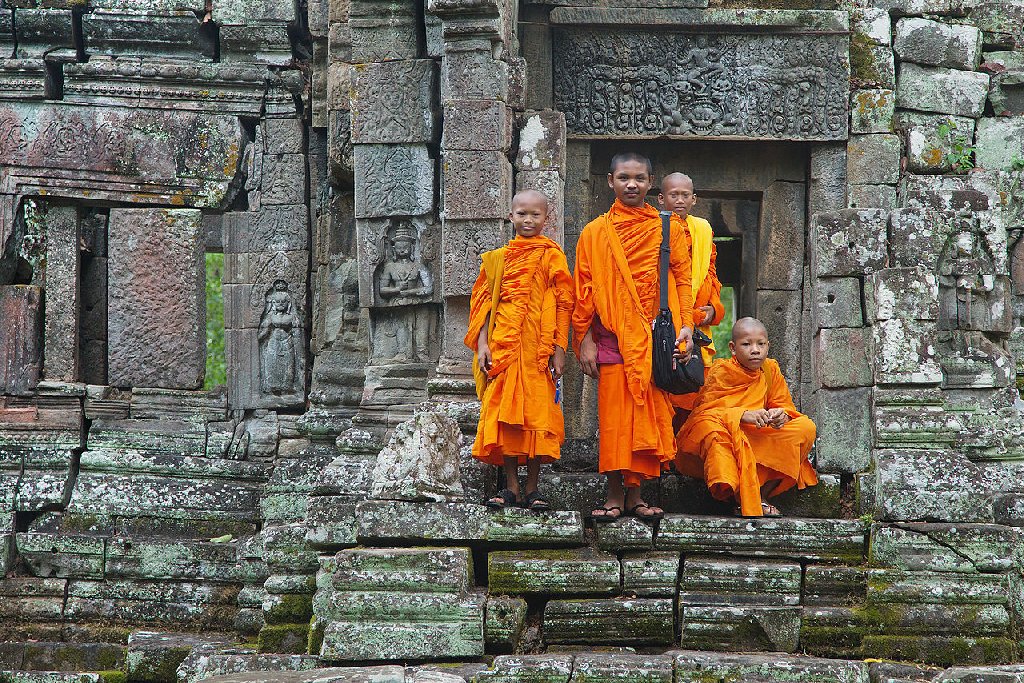 There appears to be a mis-teaching of the reduction of desires in the west, which turns it into a form of repression.  The intention is not repression – see the description of the activity to obtain the correct interpretation.

The basic teachings of Buddha were simple and can be easily learnt in a relatively short time.  This cannot be said about the numerous teachings of the branches and just like Christianity, the teachings are often of no earthly or heavenly use at all.

The more sensible rules have been incorporated onto this site within the activities and merged with those of other religions.

As part of the religion and the spiritual practises there are also a core set of beliefs – reincarnation being the most prevalent one.  Although you will find the use of the Sun and Moon symbolism and the Mother/Father symbolism, Buddhism has no concept of God in the Judaic religions concept of God – a father figure who looks after you.  But there is recognition of the Higher spirit – known as the Buddha nature – and the Three Worlds.

It is through the Higher spirit – the Buddha nature that one attains wisdom - prajñā.  In true Buddhism one cannot obtain wisdom by listening to endless sermons and reading endless texts.  One gains it by following the spiritual path and using spiritual experience. 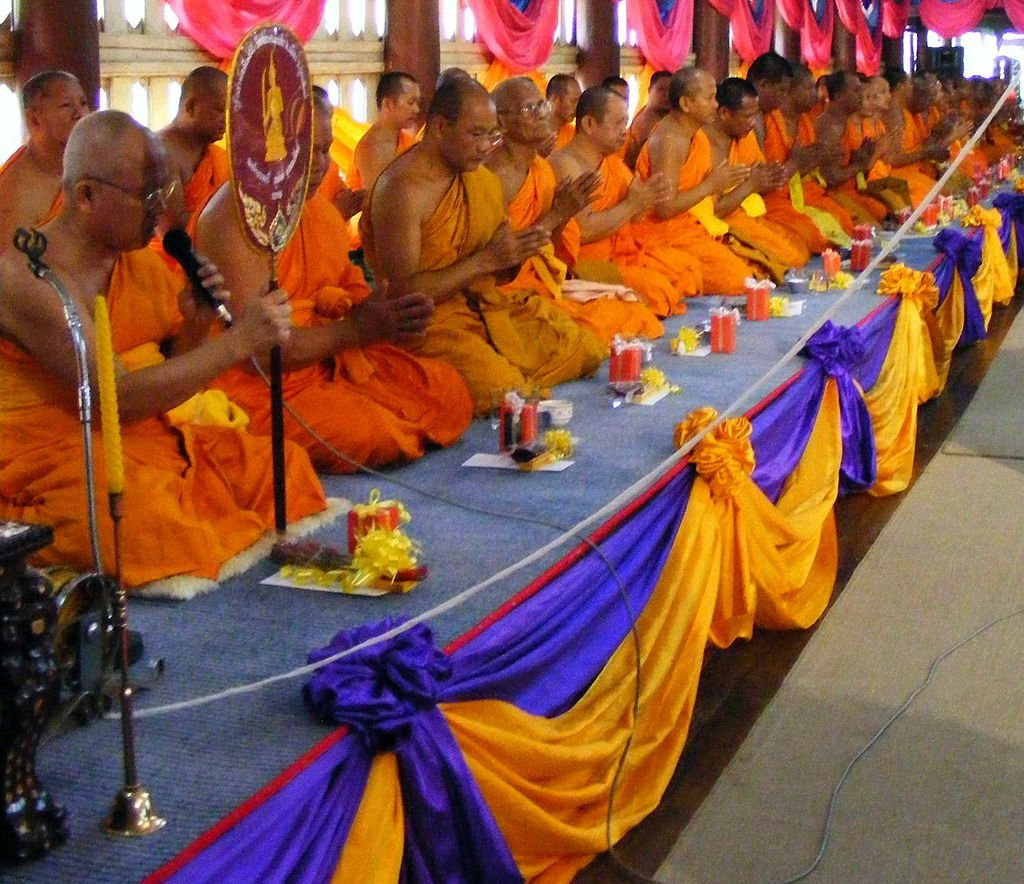 Another key concept used in present day Buddhism is karma.  Unfortunately the definition of karma varies between sects and it is clear the original meaning has been tampered with in order to have a ‘carrot and stick’ belief by which one could impose the rules for living.  Karma substitutes for the ‘wrathful God’ of Judaic religions.  The karma used in everyday religious use is actually nowhere near as effective a stick as the wrathful God [both invented].  It is of little earthly use to anyone to be told that the reason everything is going wrong is because of something you did in a past life and that you are having to pay for past misdeeds.  I’m sure the original intention was that this would make people avoid doing wrong, thinking they would get away with it.  Karma states you never get away with it, which is helpful.  But it would be a great deal more helpful if there was a justice system in place that ensured they didn’t get away with it.  The Greek’s sophisticated system of justice is a far better solution to the problem. 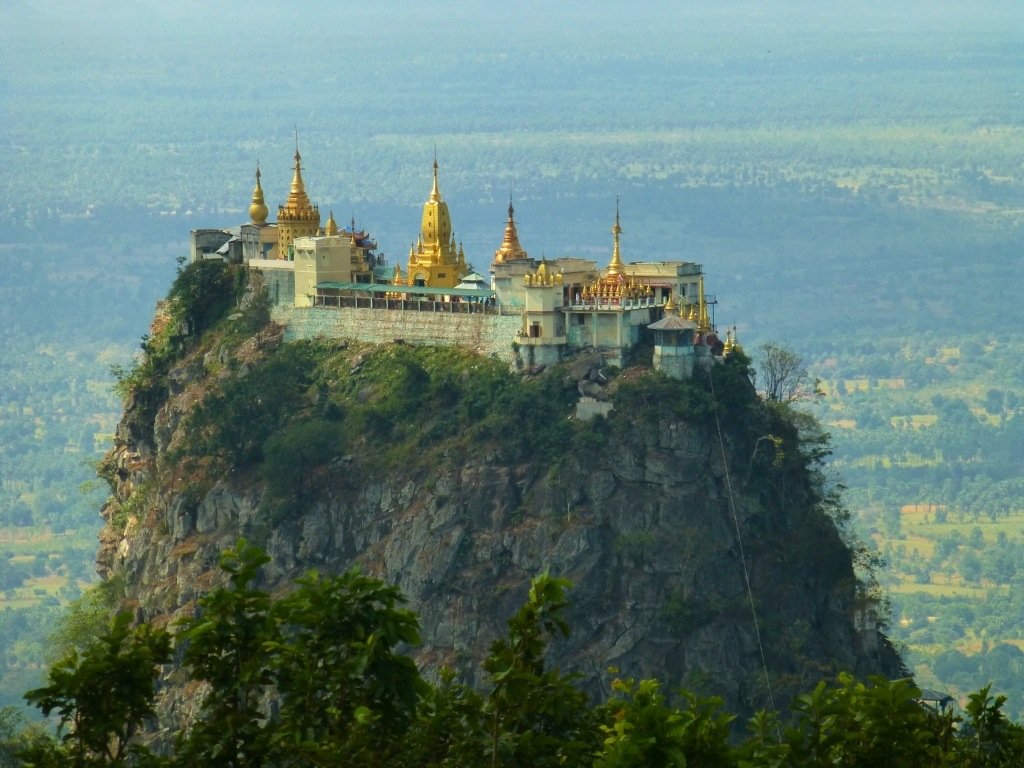 Within the mystic branches of Buddhism, however, karma was linked with the idea of Destiny.  That in being reincarnated one was given a task suited to one’s experiences in previous incarnations.  If I use an analogy, the perceptions are like a big log of all we have done.  This can be sub-consciously called on to direct our actions in the current incarnation, as such the more interesting and challenging a life one has led on each previous incarnation, the more experience one has to draw on for the task in hand in this incarnation.

Thus past karma to a mystic Buddhist merely determined the type of task – destiny- that might await him or her.  Achievement of one’s destiny often meant exit from the reincarnation cycle, although by implication one may exit the great wheel, but it did not mean you then had no task.  Instead, one became a ‘spirit helper’ in the hub of the wheel.

Again, you will find most of the concepts already present on this site within the concepts section or the symbol section, although different names may be used on the site, to those used in Buddhism. 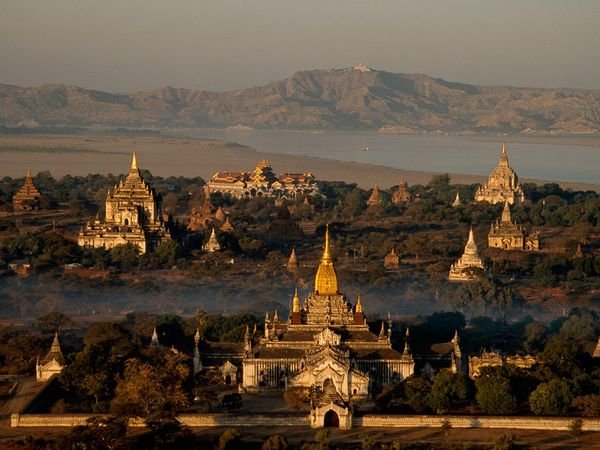 In addition to these rules and beliefs, there is also a spiritual aspect - a set of practises for those on the spiritual path – meditation methods, ‘mindfulness’ training and so on – each of which are geared to progressing a person along the path and obtaining spiritual experience.  The spiritual practises all lead to moksha, but there are big differences as to whether one continues on to annihilation.

There are also very great differences between the effectiveness of the techniques.  There are some people who are still practising very basic meditation practises after years and years, progressing no further on the path and still unaware of why they are not moving forward.  Many of these people have not grasped the fundamental aspect and that is the problem of the ego.  In fact the ego is all too evident as they preach to others about their lack of meditation practise and lack of knowledge of all the scriptures!!

Although there are differences theologically in each Buddhist school, Buddhist schools also vary considerably as to which practises are the most effective.  There are schools based on meditation, but there are also schools based on sexual methods – Tantric sex etc.  I found it almost impossible to map methods to schools.  Furthermore there is clearly a huge gap between the best teachers and the worst in the tuition of these methods.

There are a number of schools that teach only the study of scriptures, devotional practices; ceremonies; and in the Mahayana tradition, invocation of buddhas and bodhisattvas.  These are religious practises, not spiritual practises. 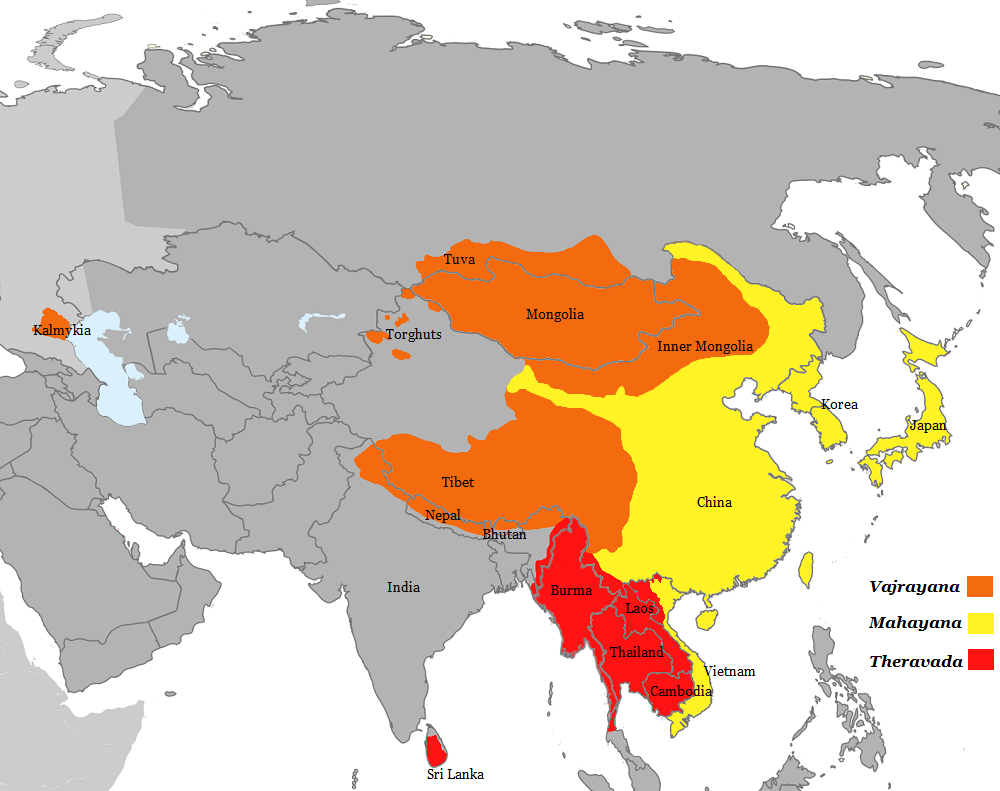 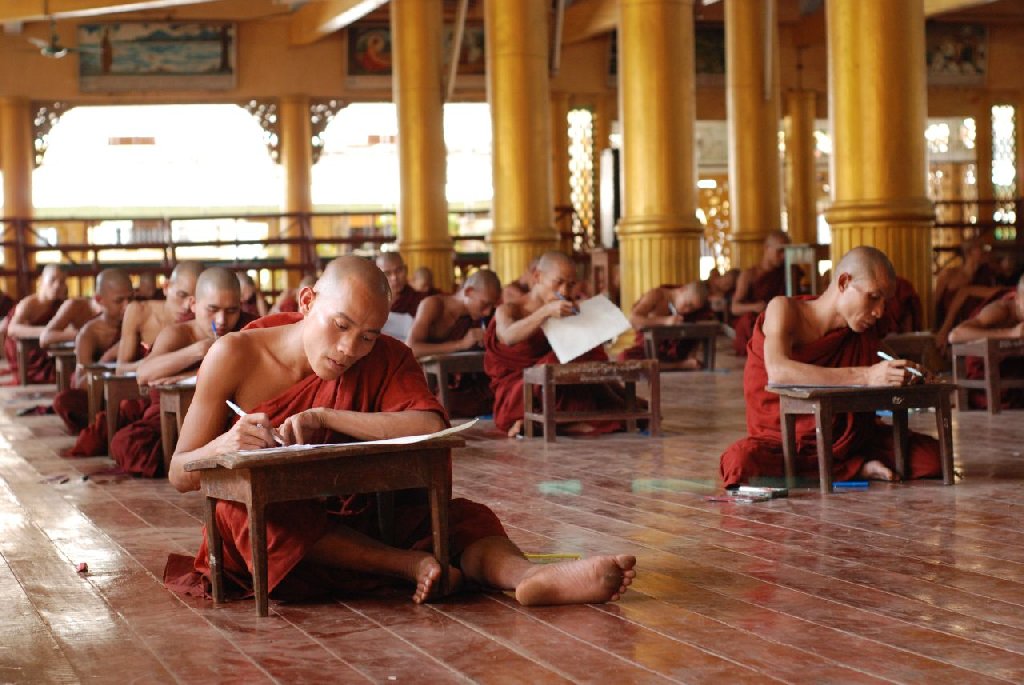 In some classifications, Vajrayana—practiced mainly in Tibet and Mongolia, and adjacent parts of China and Russia—is recognized as a third branch, with a body of teachings attributed to Indian siddhas, while others classify it as a part of Mahayana.

Vajrayana or "Diamond Vehicle" (also referred to as Mantrayāna, Tantrayāna, or Tantric Buddhism,) accepts all the basic concepts of Mahāyāna, but also includes a vast array of spiritual and physical techniques designed specifically for the spiritual path. One component of the Vajrayāna is harnessing psycho-physical energy through ritual, visualization, physical exercises, and meditation but a very key and little discussed aspect is the use of all the sexual practises.

Zen Buddhism is divided into two main schools: Rinzai (臨済宗) and Sōtō (曹洞宗), the former greatly favouring the use in meditation on the koan (公案, a meditative riddle or puzzle) as a device for spiritual break-through, and the latter (while certainly employing koans) focusing more on shikantaza or "just sitting". 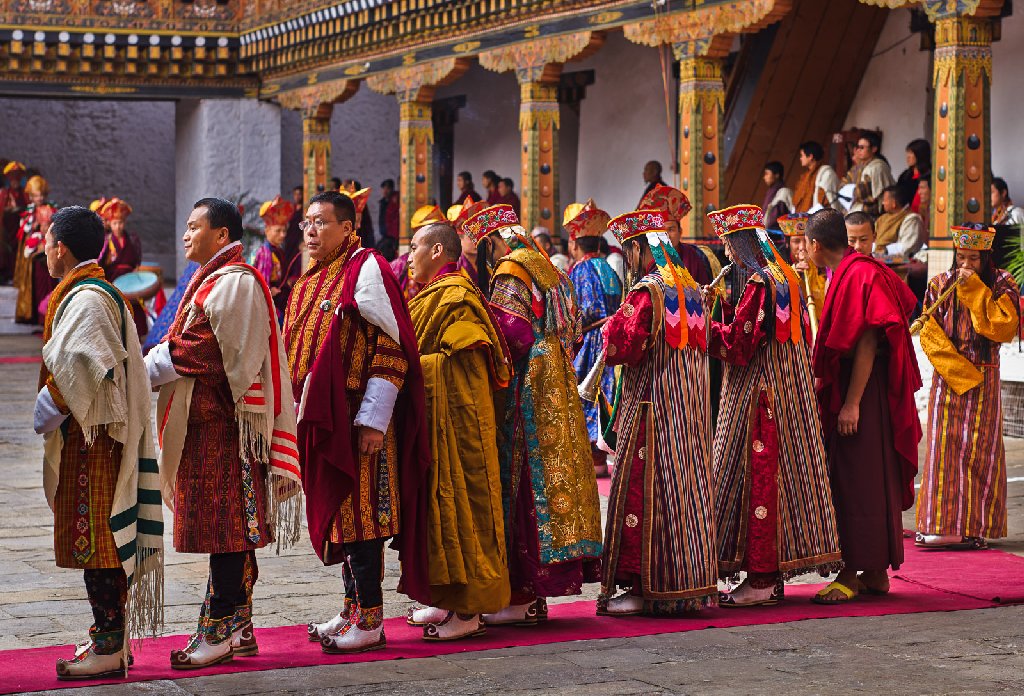 As you can see from the links, some of these sub branches have been given their own entry on the site if the spiritualist branch is very evident and defined enough to mean it can be described.

In this case the observations are clustered under these headings.

Otherwise the observations are listed here.