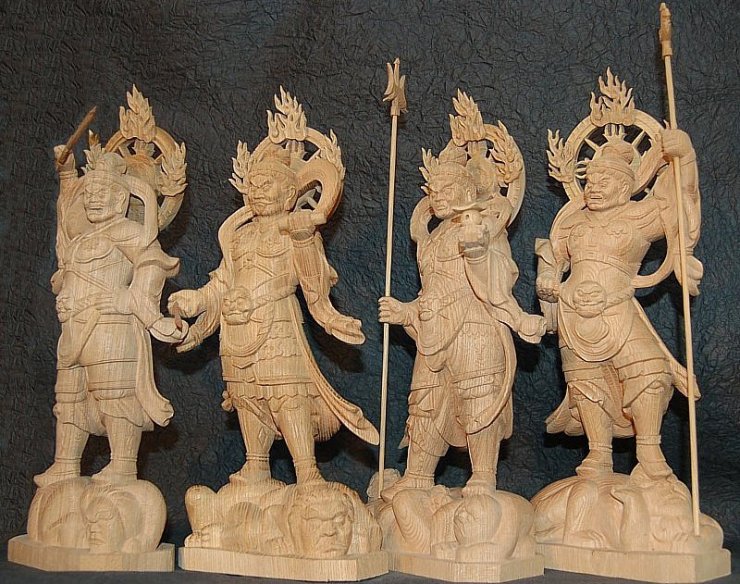 In the Buddhist faith, the Four Heavenly Kings are four guardian gods, each of whom watches over one cardinal direction of the world. They are reconised as guardians, with a function to protect the spiritual world.  They are recognised in China, Korea, Japan, Vietnam, Tibet, Thailand and India, though their names differ in each country.  In Buddhist cosmology they reside on the lower ‘slopes’ [that is levels] of Mount Sumeru.  . They are the protectors of the world and fighters of evil, each able to command a legion of supernatural creatures.

Their names translated are identical to some of the names for Greek guardians – ‘he who hears everything’, ‘he who maintains the state’, he who sees all, ‘watcher of the lands’.  The guardians these days are associated with morality, not just protection and in traditional Buddhist belief report to Śakra, the lord of the devas on  how virtue and morality are faring in the world of men.  They are vowed to protect the Buddha and Buddha's followers from danger.