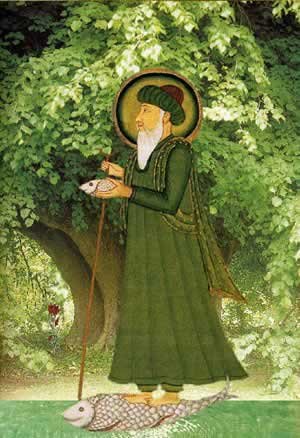 Abd al-Karim al-Jili, or Abdul Karim Jili, was a Muslim sufi saint, poet and mystic who was born in 1366 AD.

Al-Jili  is well known by Muslims and Islamic scholars the world over, primarily for the Al-Insan Al-Kamil. His devotion to the Andalusian mystic Muyi Al-Din Ibn ‘Arabi, his spiritual and philosophical master, two hundred years his senior, and insistence to refer to him in nearly everything he wrote, is one reason why his own original contribution to spiritual understanding has been lost to many, and been overshadowed by others.  He is nevertheless considered by some to be

“the most original thinker and the most remarkable and independent mystical writer … in the ‘school’ of Ibn Arabi” (Knysh 1999).

Al-Jili is credited with having authored about 30 pieces of work, most of them still remaining in manuscript format, only a handful of them having already been published.  The references provides a list.  He was the foremost systematizer and one of the greatest exponents of the work of Ibn El-Arabi. Universal Man is an explanation of Ibn Arabi’s teachings on the structure of reality and human perfection. Since it was written, it has been held up as one of the masterpieces of Sufi literature. 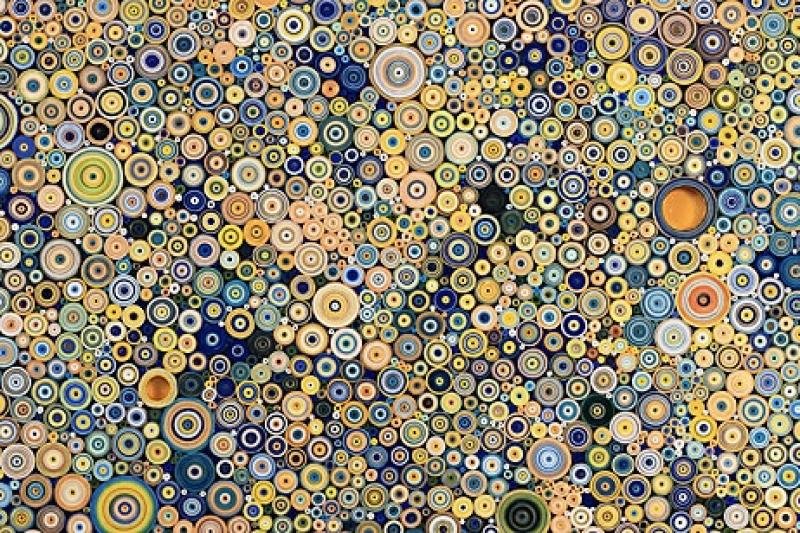 Abd Al-Karim Qu_b Al-Din Ibn Ibrahim Al-Jili or Jilani was born in present day Iraq in the year 767/1365. Burckardt and Ignaz Goldziher, link the name Jili to the Baghdad district of Jil. The term Al-Jilani:

“Is an expression of a form of Sufism in impeccable conformity with the consensual foundations of the tradition that might explore the tradition’s agreed norms with eminently abnormal intensity, but it may never violate them in the name of esoterism”

Al-Jili has been associated also with other Persian masters of Sufi Gnosticism such as  ‘Najm al-Din Razi, Suhrawardi, Rumi, Shabistari, and Hafiz. But by his own admission he was particularly inspired by the mystical and philosophical teachings of Ibn ‘Arabi, whose Futuhat became the subject of one of his works. 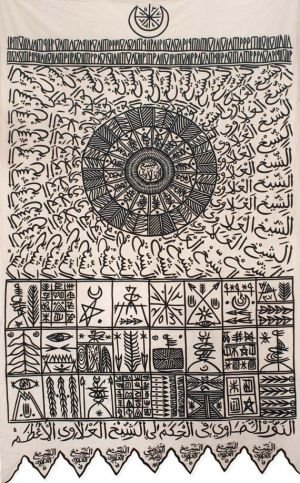 Rachid Koraichi who is from an Algerian Sufi family, an entry
for the V&A Jameel Prize

Well travelled, he visited Kushi in India possibly in 789/1387.  There are unsubstantiated claims that Al-Jili may be the one who brought the Qadiriyyah order to India. At any rate, we know from his writings that he had a number of followers and must have exercised therefore some role as a spiritual master – a greatly revered spiritual master

Ibn Al-Ahdal as reported by Knysh
A reliable and honest scholar told me … that he had accompanied him [i.e., al-Jili] in one of his travels, during which he heard him praising profusely Ibn ‘Arabi’s books and teachings. This person also heard him overtly ascribing lordship (rububiyya) to every human being, bird, or tree which he happened to see on his way.

He also travelled to the Yemen - Sana'a, and Zabid, where he studied and taught for some time under the auspices of the reigning Rasulid who protected him and other Sufi masters from the hostilities of those opposed to his controversial doctrines. We know for instance that the Yemeni author Ibn Al-Ahdal accused the Rasulid sovereigns of promoting the growth of heretics, among whom he specifically mentioned Al-Jili. 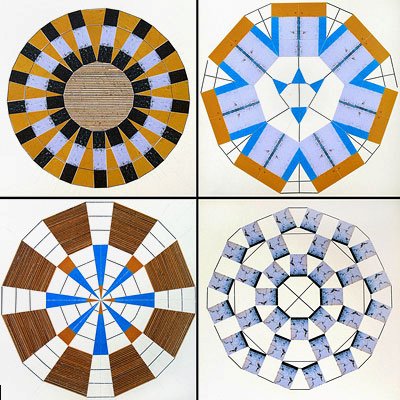 In 803/1400-1 he travelled to Cairo then to Gaza in Palestine and to Yemen again in 805/1402-3. There he gathered Al-Jabarti’s disciples, founded a school and finished Al-Insan al-kamil. He was then in Mecca and Medina in 812/1409, and finally back to Yemen, where he died.  The date of his death is disputed. According to Sa‘id ‘Abd Al-Fatta, he died in the year 832/1428, but for Zaydan the most accurate dating is probably 826/1422, mentioned by a contemporary of Al-Jili opposed to the Sufi movement, Badr Al-Din Al-Ahdal.

ABD AL-KARIM AL-JILI: Tawid, Transcendence and Immanence – Dr Nicholas Lo Polito [University of Birmingham]
Like a door opening on an enchanted world of coded meanings and interpretations of Qur’anic spirituality, we are aided by Al-Jili into making the acquaintance of a specific historical age and geographical area.  At a time when the star of Ottoman imperialism had already dawned and the last vestigial expressions of declining sultanates had drawn to an end in Persia and parts of Iraq, the Islamised Mongol state of the Il-Khans and Tamerlane later was home to an intriguingly parallel civilisation to that of Italian Renaissance.  Here artistic and philosophic expressions of excellence were still valued and encouraged and it was here that Al-Jili lived…………………. 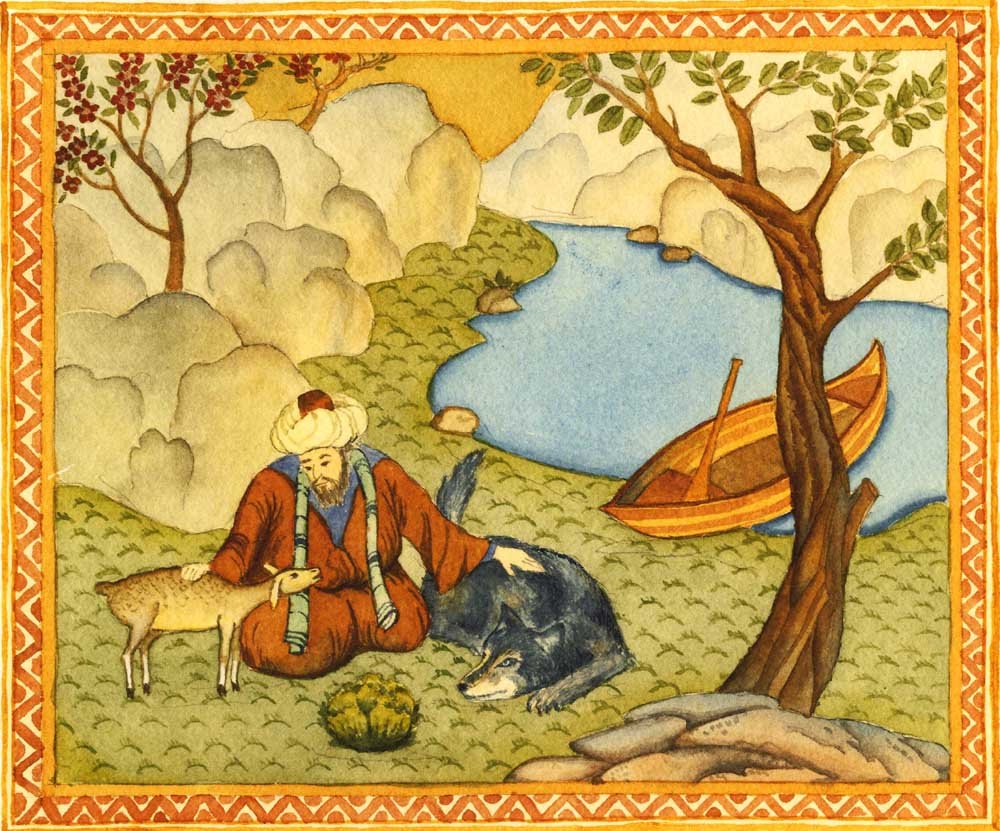 According to ‘Abd Al-Fatta_ (1997) manuscripts are to be found in Cairo for Lawami‘ al-barq, Qab qawsayn and Sirr al-nur al-mutamakkin, and one in Alexandria for Lisan al-qadr. However, he does not provide further details of their exact location.