Copper is a metal and an essential trace element in plants and animals. The human body contains copper at a level of about 1.4 to 2.1 mg per kg of body mass

Copper is essential to all living organisms as a trace dietary mineral because it is a key constituent of the respiratory enzyme complex cytochrome c oxidase. The main organs where copper is found in humans are liver, muscle and bone.

But, it is also found in the blood in combination with two other minerals, making the 'golden triangle'. There is a vital balancing act that takes place between zinc, copper and iron in our blood. In blood plasma, zinc is bound to and transported by albumin (60%, low-affinity) and transferrin (10%). Since transferrin also transports iron, excessive iron reduces zinc absorption, and vice-versa. A similar reaction occurs with copper.  Thus an imbalance in the minerals in general can produce an imbalance in zinc or copper or iron.

“Copper deficiency can cause a wide variety of neurological problems including, myelopathy, peripheral neuropathy, and optic neuropathy. Sufferers typically present difficulty walking (gait difficulty) caused by sensory ataxia (irregular muscle coordination) due to dorsal column dysfunction or degeneration of the spinal cord (myelopathy). Patients with ataxic gait have problems balancing and display an unstable wide walk. They often feel tremors in their torso, causing side way jerks and lunges.”

But this is the tip of the iceberg, because depending on how severe the copper deficiency is, the overload from other metals then amounts to heavy metal poisoning. 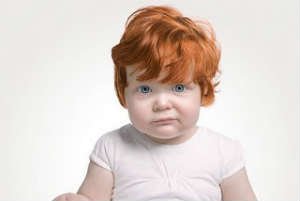 It is possible to overdose on copper both accidentally and deliberately.  Though it may sound incredible, those intent on suicide appear to favour copper poisoning, as one mode of operation...

Voluntary copper poisoning is a rare mode of suicide. We report a case of copper sulphate poisoning in a patient presenting delusions with mystic demands for purification. The initial gastrointestinal symptoms were followed by intravascular haemolysis and renal failure. The course was favourable after symptomatic treatment and specific copper chelation therapy. PMID: 18482790

Otherwise, overdosing on copper is Heavy metal poisoning, and the symptoms tend to match the degree of overdose.

As with all heavy metal poisoning it attacks every organ - the liver, the kidneys, the lungs and the brain.  Brain damage can be temporary or permanent.  It is the brain damage that gives the hallucinations, visions etc.

There is with copper one extra extremely nasty effect from overdosing. In high doses copper may interfere with the Intestinal flora of the Intestine. Copper and copper alloys such as brass have been found to be toxic to bacteria [see the Science section Copper as anti-bacterial agent]. The exact mechanism of action is unknown, but common to other heavy metals. Viruses are less susceptible to this effect than bacteria. In every day application this property has found a use in hospitals for example and toilets or gyms where there needs to be a bacteria free environment, but if ingested, the copper can then affect our own 'friendly' bacteria. 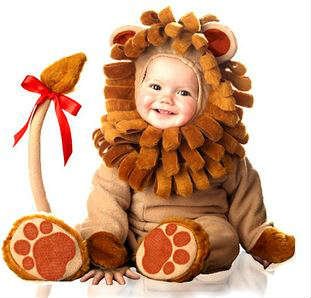 But overdose of a number of other metals can cause a deficiency, here is an example caused by Dietary supplements

The onset of argyria following the use of dietary supplements containing colloidal silver protein is presented. The patient was using a silver-containing product for cold and allergy prophylaxis. ... This case report highlights the potential for toxicity following the use of dietary supplements and demonstrates the importance of physician inquiry regarding alternative medicines. PMID: 11107524

Surgery – one of the most common causes of copper deficiency is gastrointestinal surgery, such as gastric bypass surgery, due to malabsorption of copper.

Intestine disease - limits the amount of copper available for uptake.

Copper piping - being used for water supplies.  Where the water is acidic, has been left to stand in the pipes or has been used out of the hot tap, people have suffered from severe copper poisoning

Copper can induce acute and chronic intoxications in humans. Copper in tap water has caused a series of severe systemic diseases in Germany in recent years (copper induced liver cirrhosis). Besides cirrhosis, another type of disease with predominantly gastrointestinal symptoms has occurred which likewise appeared to be induced by copper in tap water. - In a retrospective investigation we looked for additional indications and proof that chronic copper poisoning has been the cause of the observed gastrointestinal diseases. All patients suffering from this type of disease had copper plumbing in their houses. - The patients (children and adults) suffered from nausea, vomiting, colic, and diarrhoea. In the group of infants, one refused formula milk (prepared with tap water) and the others suffered from persistent restlessness, unexplainable screaming (especially at night) and/or long lasting diaper rash. …..We found that the disease can even be caused by copper concentrations below the allowed concentration given by the German Guidelines for Drinking Water (Trinkwasserverordnung). PMID: 10383875

Pesticides, fungicides and wood preservatives  -  Copper(II) sulfate forms a blue crystalline pentahydrate, which is used in a fungicide called Bordeaux mixture.  Copper compounds in liquid form are also used as a wood preservative, particularly in treating original portion of structures during restoration of damage due to dry rot.  And it would seem, they are also used as pesticides....

This paper reports four patients with chronic copper poisoning and one patient with acute poisoning. The cases with chronic poisoning in our study consisted of four members of a farmer family presenting to the emergency department (ED) with malaise, weakness, abdominal pain, headache, dizziness, tightness in the chest, leg and back pain, accompanied by significant anemia ….attributed to chronic copper exposure acquired from vegetables containing copper. The diagnosis was established by ruling out other possible etiologies and history coupled with laboratory findings. The patients were discharged with the recommendation on diet to avoid consumption of pesticide-treated vegetables. …..physicians working in primary care and EDs should consider copper poisoning in patients presenting with anemia, abdominal pain, headache, tightness in the chest, and leg and back pain. PMID: 16778371 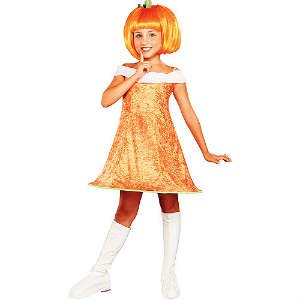 Bad farming practise - we will never know that we are overdosing on copper from the food chain, because it is so difficult to follow the links. It is not unusual for farmers in high intensity units to give their animals mineral supplements containing copper. Unfortunately, it appears that the copper at these high levels accumulates in the liver and kidneys, along with other organs. Sheep seem the most susceptible, but other ruminants are also at risk. If we eat any ruminant animal from an intensively farmed herd, we risk overdose.

and finally, this is how we can get it into our vegetables

producers and veterinarians often are unaware of some of the subtle sources of copper. Most of the copper that is added to swine and poultry feeds as growth promotants passes through the gastrointestinal tract unabsorbed and remains in the waste material. Fields can then be spread with copper-containing waste material ........PMID: 1995587

Industrial products – Copper is found in a vast range of products. The major applications of copper are in electrical wires (60%), roofing and plumbing (20%) and industrial machinery (15%). Coppers compounds have been widely used historically as pigments in paints. Copper is one of the most important constituents of carat silver and gold alloys and carat solders used in the jewellery industry. Copper is used in electroplating as a base for other metals such as nickel. It is used as the printing plate in etching, engraving and other forms of printmaking. Copper oxide and carbonate is used in glassmaking and in ceramic glazes to impart green and brown colours. The alloy of copper and nickel, called cupronickel, is used in low-denomination coins. Alloys of copper with aluminium are used in decorations. Copper is the principal alloying metal in some sterling silver and gold alloys. And so it goes on.  And the industries have a record for pollution...

The fact that hazardous metals do not bio-degrade or bio-deteriorate translates to long-lasting environmental effects. In the context of evidently rapid global industrialization, this ought to warrant serious caution, particularly in developing countries. In the Republic of Fiji, ....several different environmental studies over the past 20 years have shown levels of lead, copper, zinc and iron in sediments of the Suva Harbor to be 6.2, 3.9, 3.3 and 2.1 times more than the accepted background reference levels, respectively. High levels of mercury have also been reported in lagoon shellfish. These data inevitably warrant thorough assessment of the waste practices of industries located upstream from the estuaries, .... pollution of the intermediate food web with hazardous metals should be investigated..... PMID: 24498594

and just in case you are deluded into thinking this is an isolated 'developing country' problem, the following is France

Twenty-one pesticidal and biocidal active substances were detected in the waters of Arcachon Bay during the summers from 1999 to 2003 PMID: 21541848 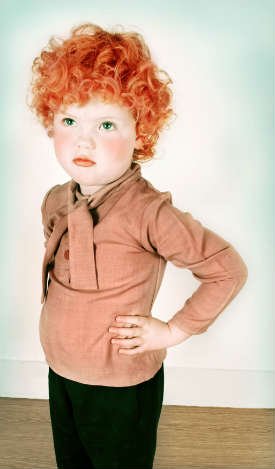 Welding, Smelting and metal working – flash smelting was developed by Outokumpu in Finland and first applied at Harjavalta in 1949; the process accounts for 50% of the world’s primary copper production. Welding and other metal working appear to be less of a hazard when using copper than the other heavy metals, such as manganese, however, the risks are there.

Copper cooking pans -  there is no real evidence to show that eating acid foods cooked in uncoated copper cookware, gives you an overdose of copper, but there is some, albeit slight, evidence that leaving it in the copper pans, or using copper vats to store acidic foodstuffs does have an effect.

Mining - mining is known to be a cause of overdose for all heavy metals and copper is no exception, for example Zambia was a major source of copper at one time

This country profile for Zambia was compiled between 1998 and 2002. The objectives of the exercise were to ...provide policymakers with information...about mental health in Zambia

... To a large extent in Zambia, people who are mentally ill are stigmatized. ... In terms of psychiatric services, there are close to 560 beds for psychiatric patients across the country. Common mental disorders found in Zambia are acute psychotic episodes, schizophrenia, affective disorders, ... and organic brain syndromes. ... Over time the number of frontline mental health workers and professional staff has been declining. ... For practicing psychiatrists, only one is available for the whole country. ...All in all, the mental health services situation in Zambia could be described as critical, requiring urgent attention. PMID: 15276939