Occasionally the synaesthesia experienced in other sorts of spiritual experience feels like the prick of a bees sting, thus this too adds to the symbolism.

The beehive is an important symbol in Freemasonry,  typically associated with the Master Mason degree. It is described to the general public as a ‘symbol of industry and co-operation’, however, this is a rather convenient way of diverting its proper symbolism – although it appears that this symbolism has been lost in some current Freemason ceremonies. Some early Mormon leaders were also Freemasons, such as Joseph Smith, and Mormon usage of the symbol was possibly borrowed from Freemasonry given its underlying symbolism.

Large numbers of bee goddesses and gods have also been associated with bees for al of the reasons mentionned above. 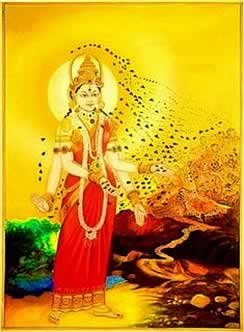 The ancient Bee Priestesses, called the Melissa in Greek or the Deborahs in Hebrew, served the Bee Goddesses: Aphrodite, Artemis, Cybele, Demeter, Persephone, Rhea, Ariadne, and Neith.  The ancient Mediterranean bee goddesses  are connected with the Hindu Goddess: Bhramari Devi.  In Hindu mythology there are seven plus realms of consciousness that emanate from the first sound, the ‘heartbeat of the goddess’. The Maha Devi or Great Goddess manifests in sound form as a queen bee  - the Bhramari Devi who in many pictures is shown surrounded by a cloud of buzzing bees.

The name Bhramari is derived from the word for the black Indian bumble bee, it describes the characteristic humming sound which it produces.  The adjective bhramarin can also mean "sweet as honey" in Sanskrit or "that which produces ecstasy". 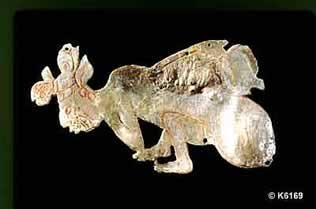 Maya deities, as we have come to know them from the Post-Classic codices, are quite different from the earlier versions of the Early Classic and the Classic periods. ….. the metamorphosis of the Hero Twin Yax Balam (Xbalanqué) from his role of hunter, scribe, and magician, to also include the role of beekeeper or possibly as the patron of the beekeepers is an example.

From Malaysian mythology - Hitam Manis, turning into a swarm of bees 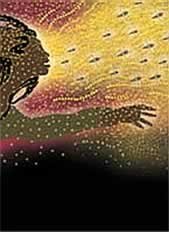 Long ago a princess of the royal family had a Hindu handmaiden, a dusky beauty called Hitam Manis or “Sweet Dark One.” The handmaiden fell hopelessly in love with the sultan’s son, a handsome prince who requited her passion. But their love was doomed, for she was a commoner, and marriage of a commoner to a prince of the blood was strictly forbidden. When the sultan learned of the romance, he flew into a rage, and Hitam Manis, along with the other handmaidens, the Dayang, had to flee the palace for their very lives. As the terrified young women escaped into the forest, they were pursued by the sultan’s guards, who hurled long metal spears at them. When one of the spears pierced the already broken heart of Hitam Manis, miraculously she did not die. Instead, she and the other handmaidens were transformed into a swarm of bees and disappeared into the night.

The Israelites, especially, connected bees with ‘the Word’ since the insect's Hebrew name "dbure" is related to the root dbr meaning ‘word’.

So, in effect, the recognition of the symbolic bee and this fundamental sound is world-wide………

In the Marshall Islands, the inhabitants say that the great sky god Lowa made a magic wind sound over the ocean – something like ‘Mmmmmmmmmmmmm’ .. and then the islands were created.

Finally, rituals in many cultures are also based on the bee and its spiritual links, for example…

But let us return to the Couroi and Couretes of Crete.  In the spring when herbs and flowers awake to new life, they swarmed and danced over the meadows and fields in the retinue of the ‘Great Mother’, nurturing the animals of the wilderness.  Some scholars suspect that the rite was probably rather orgiastic.  Just like the later Greek Artemis, the goddess released life from the womb of the earth, but later, she also extinguished it.