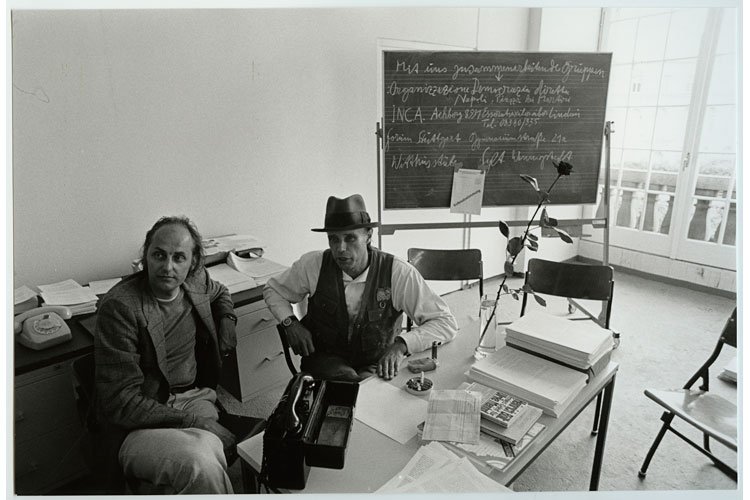 Some of the discussions and presentations were influenced by ideas derived from Steiner's concepts of a threefold social organism (which itself could be related to the threefold structures of the human being described above) characterized by three independently functioning social organs: a free cultural and educational life, a democratic equality of human rights, and a new associative and cooperative economics.

One key idea introduced by Beuys from Steiner's economic theory involved a dynamic understanding of economics, whereby the healthy, cyclical flow of money (or capital) through society was compared with the circulation of blood in the human body (and, obviously, connected with the circulation imagery of the honey pump as well).

In this connection, Beuys's Honey Pump pointed to another of his creative uses of Steiner's lectures on bees-namely, to reference aspects of the structure of the bee colony for a more harmonious human social life, for "social sculpture." In the lecture excerpts from September 29, 1905, and April 21, 1909, Steiner portrays the group soul of the bee-hive with its capacity for work-oriented social cooperation as a condition that human beings will be able to achieve only in the distant future.