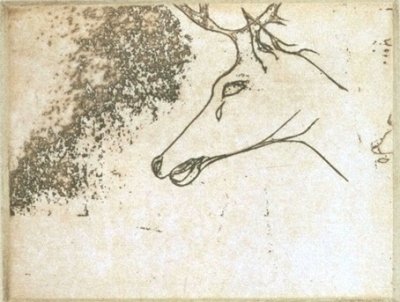 Beuys had apparently maintained an interest in bees for some years. A student friend tells of his composting sulphured bees, and Beuys himself related how he would regularly leave his studio doors open when warming beeswax so that his studio sometimes filled with "millions" of visiting bees.

It required someone with Beuys's unique combination of interest and knowledge in nature, art, spirituality, and anthroposophy to see the potential in Steiner's surprising lectures on bees for a radically new approach to visual art. Such an encounter also had to occur at a point in Beuys's life when he was searching and listening intensely for signs of a new direction for both his artwork and his life work.

Since his childhood, Beuys had been an eager student of the natural world. During his youth in the Lower Rhine village of Kleve, he showed a keen interest, both scientific and romantic, in nature, assembling and displaying collections of specimens, and later as a teenager desiring to study natural science. During his military training as a radio operator in 1940-1941, Beuys attended zoology classes at the Reich University of Posen. This was made possible by his military instructor, Heinz Sielmann, a former student of biology and maker of nature films. Sielmann and Beuys collaborated for a number of years after the war, particularly on making Sielmann's nature films.

Beuys, however, quickly became disillusioned with the narrow specialization of interest characteristic of university science, and after the war he turned to a career in art (nonetheless, maintaining a small scientific laboratory in a corner of his studio well into the 1950s).